Sibonile Ngubane, born 1973, is a 49 years old South African actor, drummer and percussion artist. He is well known for his role as Mbovu in the Mzansi Magic soapie Isibaya and for playing the role of Khataza on Uzalo. 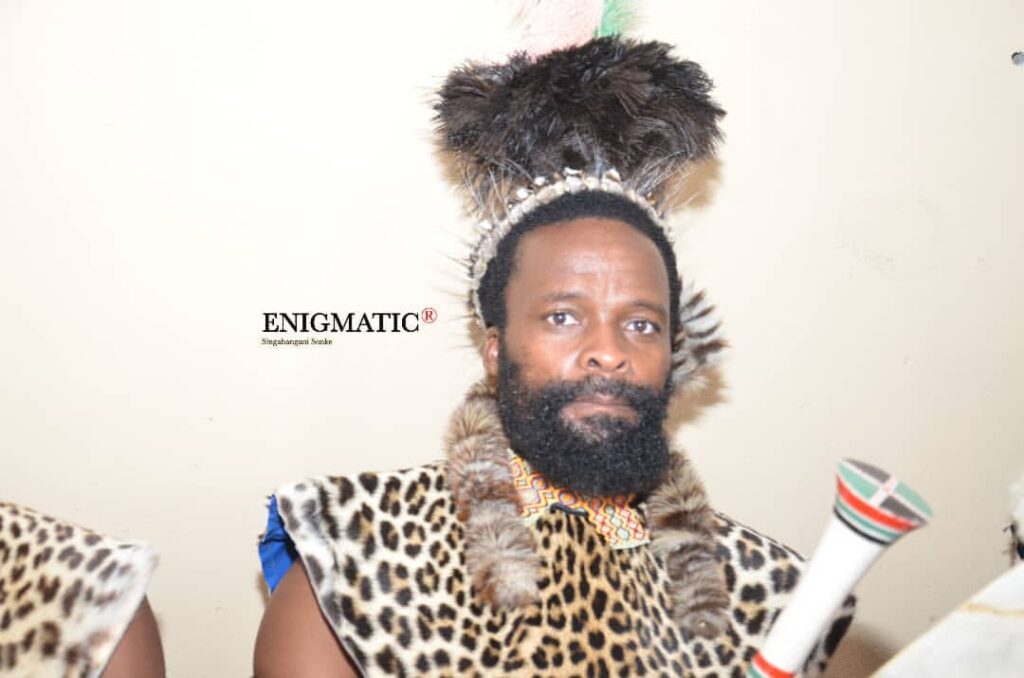 Sibonile Ngubane was born in 1973. He was born and raised in eMacambini near Mandeni, KwaZulu Natal in South Africa. Sibonile was born to Zulu Speaking family but so far he speaks English and IsiXhosa.

Sibonile started acting and performing in 1993. His most performance and acting gigs were theatrical performances. He appeared for the first time on television series and show after 26 years of stage performances. He played roles as a Percussionist and an actor alongside Mbongeni Ngema in theatre productions such as Sarafina!, Lion of the East and Ipi Ntombi.

In 2017 he landed a minor role on Mzansi Magic drama, Isibaya. On this drama he started as Ngubani elder in its fifth season which was remodeled to elder Mbovu. On 7 July 2018 he landed his second role on Mzansi Magic made-for-TV movie Isibonakaliso, which aired as part of the channel’s “Lokshin Bioskop” strand of telefilms.

In 2019 he landed a major recurring role on Uzalo. His role was to play as a crooked businessman Khathazamanyamadoda Khanyile. In 2021 he appeared on Sabc3’s Estate as Buzani Phakathwayo and on Wa Lepelle. In October 2021 he  he landed his first starring role in television when he was cast in the Mzansi Magic Sunday night drama series Umkhokha.[¹]

Fans are intrigued by Khathaza’s part, and just as they fall in love with him, he exits the show. MaNgcobokilling him causes his departure, and social media becomes a battleground. The masses were not ready to give up on this one. But that’s how soap operas work; characters come and go. Ngubane has this to say about his departure: “It is prohibited for me to discuss Uzalo’s dealings.” People should watch the show to see what happens; I have no idea of what you’re asking.”[²]

Sibonile Ngubane is married to his wife and the couple is blessed with four children. Though he act as a scary and dangerous villainous actor, he is actually a Christian. He is a member of “Rooted African Religion ‘Nazareth Baptist Church’. He believes that he must give his all when it comes to acting.  “Even though I’m a Christian, I have to do my best with my storyline to appear dangerous. I don’t hold grudges and don’t cheat on women. I have a wife and four children,” Ngubane says.

Net worth and Possessions

The Uzalo star owns a sizzling red Nissan Micra and a gorgeous blue Isuzu KB 300, which costs approximately R250 000. His networth is not yet known but we will update you once its published.

The Selfie Scandal of Sibonile

Fans appear to be hell-bent on performing stunts on celebs. According to rumors, the actor has stopped taking selfies with his followers. This occurs after a star-struck boyfriend at the mall requests a photo with him and her children, which she takes too far and posts on social media with the title “Family.”

Sibonile was enraged by the caption and went on a social media rant. “Did you notice? When you see us at the malls, you ask us to take pictures with you and your kids. When you later upload the images, you claim that we are your children’s dads. You’re a pain to deal with. “I’m no longer taking selfies.”