Sibonginkosi Mpumelelo Tenza is a 22-year-old South African actress. She came to limelight when she landed a role of playing Nandi Mkhize in the etv risque drama series The Black Door. She was born in Pietermaritzburg in the province of KwaZulu Natal on 17 August 1999. 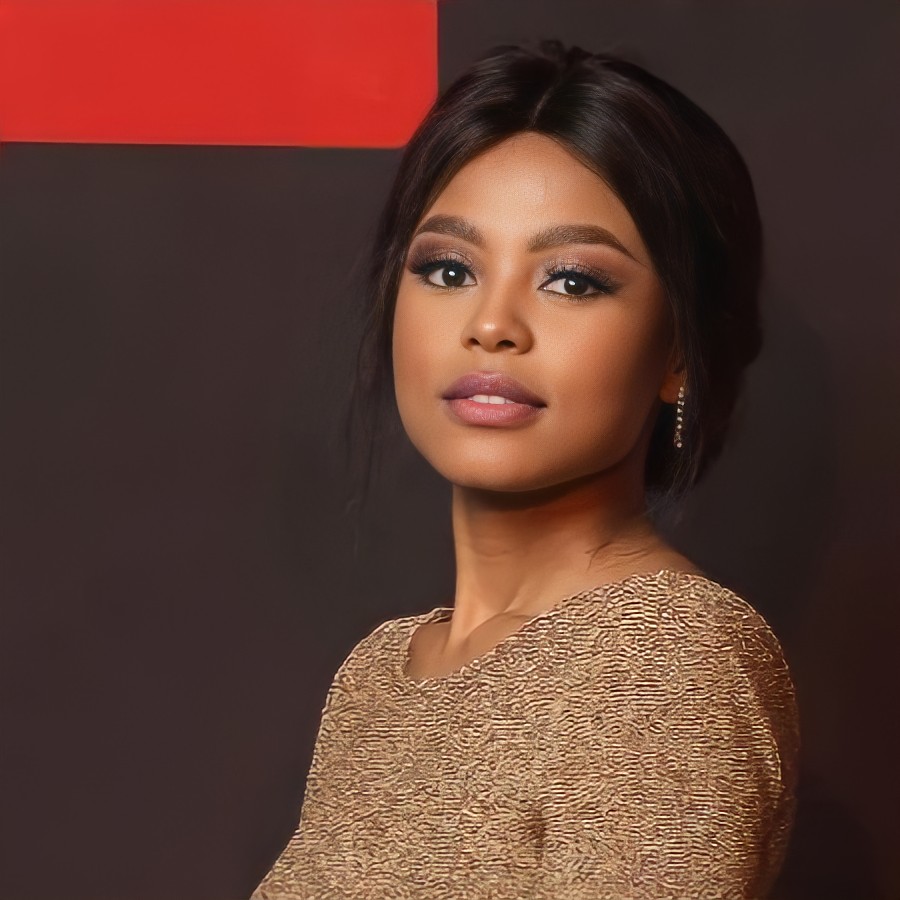 Image of Sibonginkosi Tenza who plays Nandi Mkhize from The Black Door.

She grew up in Pietermaritzburg but later moved to Johannesburg where she currently resides. Concerning her childhood little is known to the public. For a young actor like her its quite obvious she developed interest in acting at a very young age. But according to her one of her Instagram post, she claims she never dreamt of becoming an actress but life force her to become one and its now her everyday life.

Her Instagram post reads as follows,  “‘God doesn’t ask us if we accept this life. There is no choice. Life is forced upon you. The only choice is how you live it. Or not. That’s a choice as well.’ – Frances Shea (Legend). Acting was never a dream for me. It is and will always be my life.

For as long as I can remember I have been comforted, conquered challenges, found healing, learnt to laugh at life and embrace everything that comes my way through the characters, storylines and non-stop movies I have playing in my head. It is such a blessing to wake up everyday not only doing something that you love but something that you know you were made for.” [ ³] 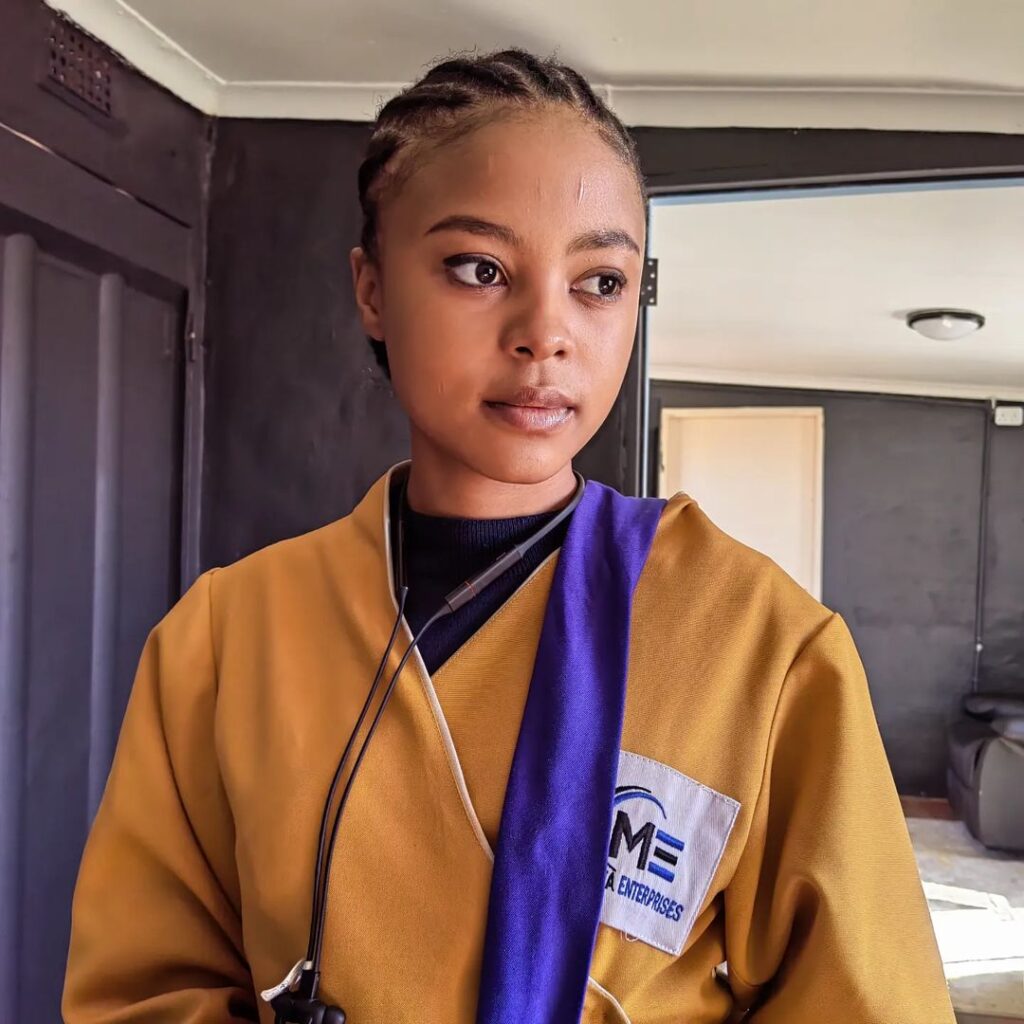 Image of Sibonginkosi Tenza who plays Nandi Mkhize from The Black Door.

In 2022 Sibonginkosi Tenza landed a role in etv’s risque drama series The Black Door where she plays the role of Nandi Mkhize. Here she acts alongside big names such as Zamani Mbatha, Linda Sebezo, Ontiretse Radipade and Gabisile Tshabalala. [ ¹]

Her role of Nandi Mkhize in The Black Door

Sibonginkosi became prominent after appearing in The Black Door playing Nandi Mkhize. This was her debut role as she is not known of acting elsewhere other than on The Black Door. On this adult drama, Nandi Mkhize is dating Khaya played by Zamani Mbatha. But it appears as though Nandi is not aware of the source of income for her boyfriend Khaya.

She is book smart, having just graduated from business school at Stellenbosch, so she has somewhat of a worldly outlook on life. Although she is a respectful young woman from a humble home with upstanding morals, she can’t wait to finish her internship and move out of Emalahleni to be independent. [ ²] 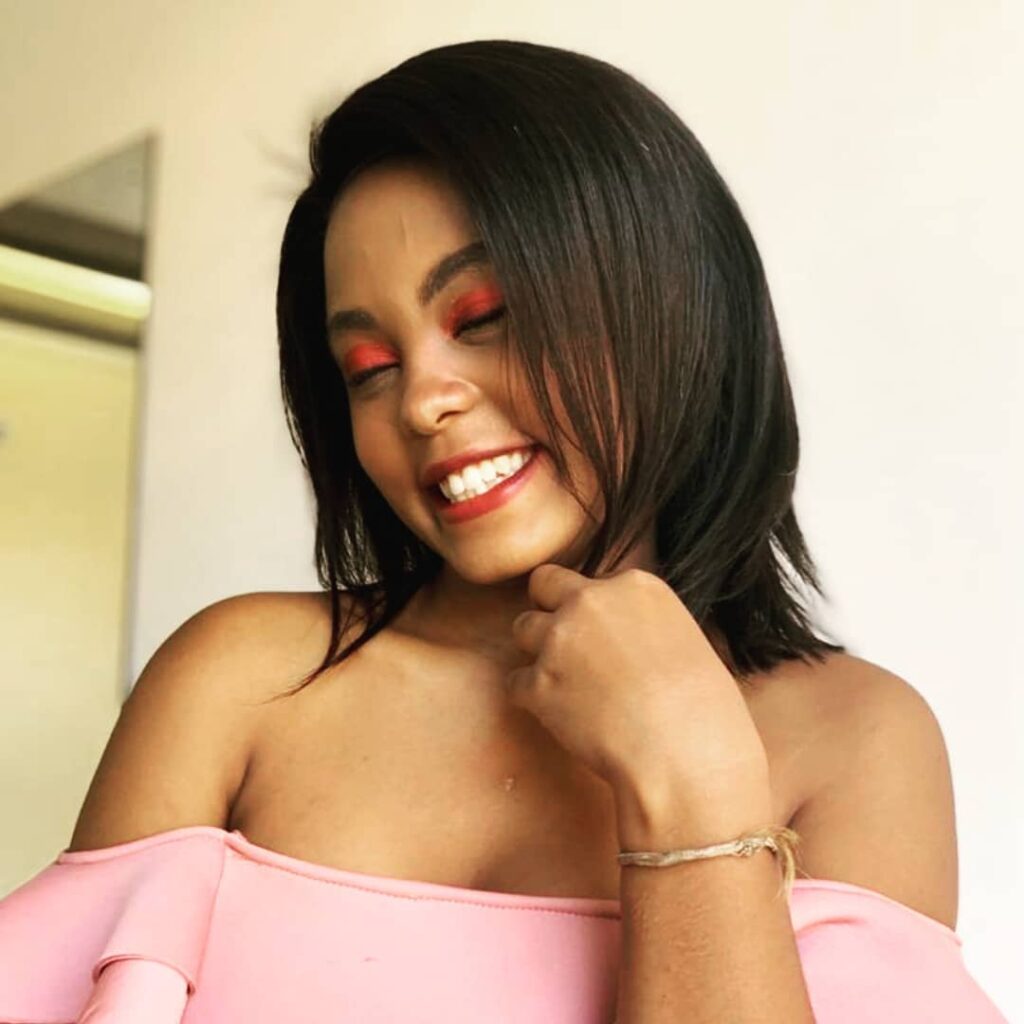 Sibonginkosi Tenza is not in a relationship according to her social media bio. She speaks isiZulu and English as her means of communication. She is currently living in Johannesburg where she is pursuing her dreams.