Sello Ramolahloane is a 44-year-old South African actor and director. He is well known for playing the role of Nkadimeng Mashabane on the SABC2 sitcom Majakathata Records, replacing the late Daniel Maphatseng in the role for Season 2. He played Mr Khomo in SABC1 drama and most watched soapie opera Uzalo. 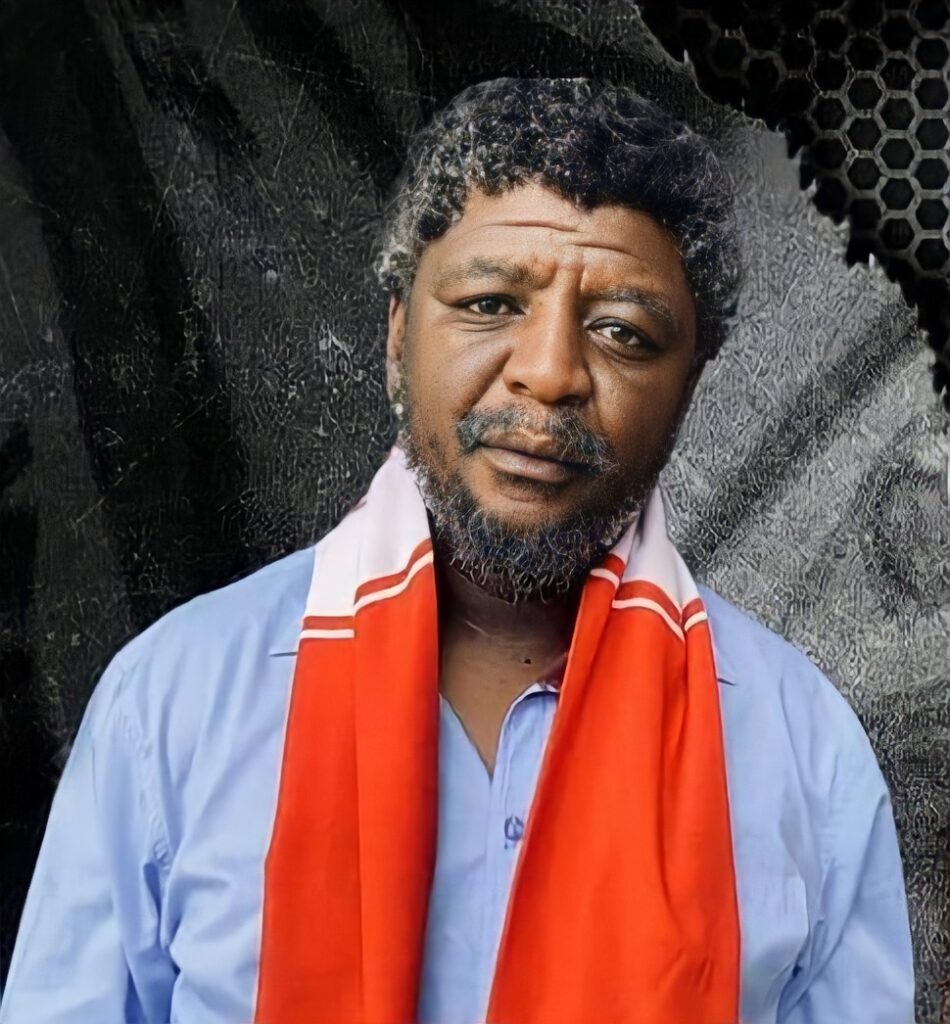 Image of Sello Ramolahloane aka Bra Gibb from The Black Door.

He was born in the East rand on the 8th of August in 1977. But he grew up in Ikageng, in the North West Province academic city of Potchefstroom in South Africa. This is where he had most of his childhood but he later relocated to Pretoria in Gauteng Province. His name at birth was Sello Ngwana Nyatsi Zikalala before he could be known by various acting names.

He matriculated in 1995 in the same township. Sello started acting at the age of 6 years as a Boy Scout. In his high school days he was known for his performances and later co found Boipelo Theatre Group with a friend. [ ¹]

Sello obtained his basic education in either Potchefstroom or in Pretoria. After obtained his matric, he enrolled at a tertiary institution where he obtained diploma in Drama. He further his education and graduated with B-Tech in Drama from Tshwane University of Technology (TUT). After empowering himself with education in Drama, Sello started acting in theatre dramas. He appeared in theatre performances which include: Township Stories (Relativity), Telling Stories, Interracial, Foreplay, Cards, Memoires of a criminal, Long Way to Go, Corner Street, Maru Welcome to Rocksburg and The Black Hermit to name few.

Then he appeared in several television dramas and serials. He played the role of Alfred in SABC1 drama Ngemphela. His first major role was in SABC2 sitcom Majakathata Records where he played Nkadimeng Mashabane after replacing the late Daniel Maphatseng in the role for Season 2.

He appeared on SABC1 most watched drama Uzalo playing the role of Mr Khomo. His latest roles were in Netflix’s Justice Served playing Bab’Maqoma and in Legacy where he played as the Mayor. Other television roles played by Sello were in Scandal, Skeem Saam, The Wild, Generations and Isono to name a few. [ ²]

In 2022 he landed a role in etv’s risque drama series The Black Door as Bra Gibb, a lovable, cheerful, wise, helpful, and dependable. Adored by everyone as somewhat of a father figure in the community. He contributes money to the church from his many small local businesses, which draws Nomsa to him. He does not drink, but he sells alcohol. [ ³]

Other skills and personal life Sello has got other special skills other than acting. He is a writer, scriptwriter, singer, presenter and can play soccer. He is a multilingual speaker so he speaks isiZulu, English, IsiXhosa, Setswana and South Sotho.

One can describe Sello as an averaged height man of 1.68 metres or 168 cm. He has brown eyes and has mix of grey and black hairs.

Catch INGANE KA BABA, this Saturday, 19 June 2021, 20:30, only on @Mzansimagic . Big up to this young, talented creative @ZolekaMonare it was a pleasure working with you and your team. To the first of many 🥂🥂🙏🏿🙏🏿.#InganeKaBaba#Somizi #ThrowbackThursday #thursdayvibes pic.twitter.com/qRY3Su3SOR

Sello might look like an old fashioned man but he is definitely on social media. He is on Twitter and shares most about his acting life than his personal life. He is also on Instagram with Instahandle of @selloramolahloane with at least 2 thousand followers.