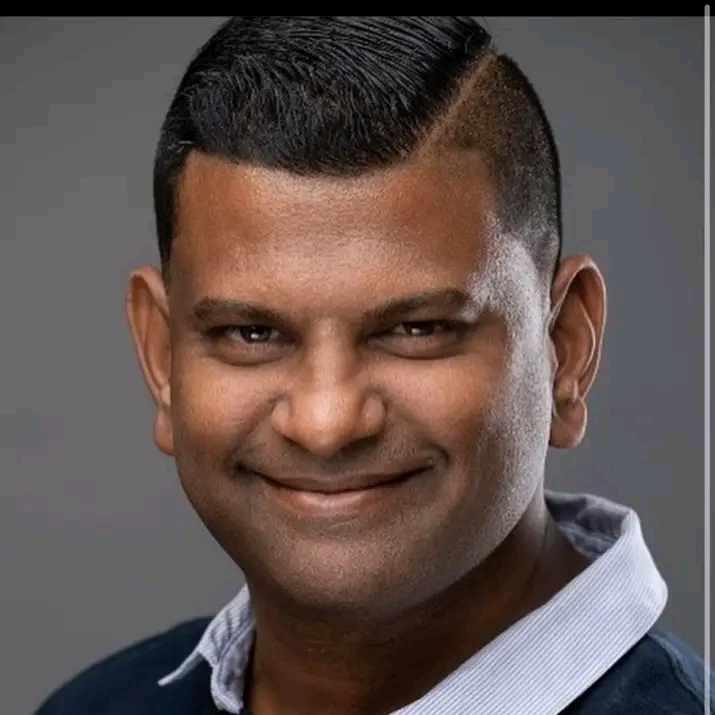 Image of Sans Moonsamy the actor.

He was born on the 25th of October in 1979. Moonsamy was born in Durban, KwaZulu-Natal. He is currently 43 years old as of 2022. However, little is known about Moonsamy’s childhood. Including his parents, siblings and how he grew up. However, we do know Moonsamy was always into acting from high school. [1]

His education went like this. After completing his high school, Sans immediately pursued his film passion. So, he enrolled at the University of KwaZulu-Natal. Where he got his BA degree majoring in Drama, Psychology, and performing studies. So, he has a fair grasp of quite a lot of things to be honest. Moreover, he is a self taught comedian and cricketer. 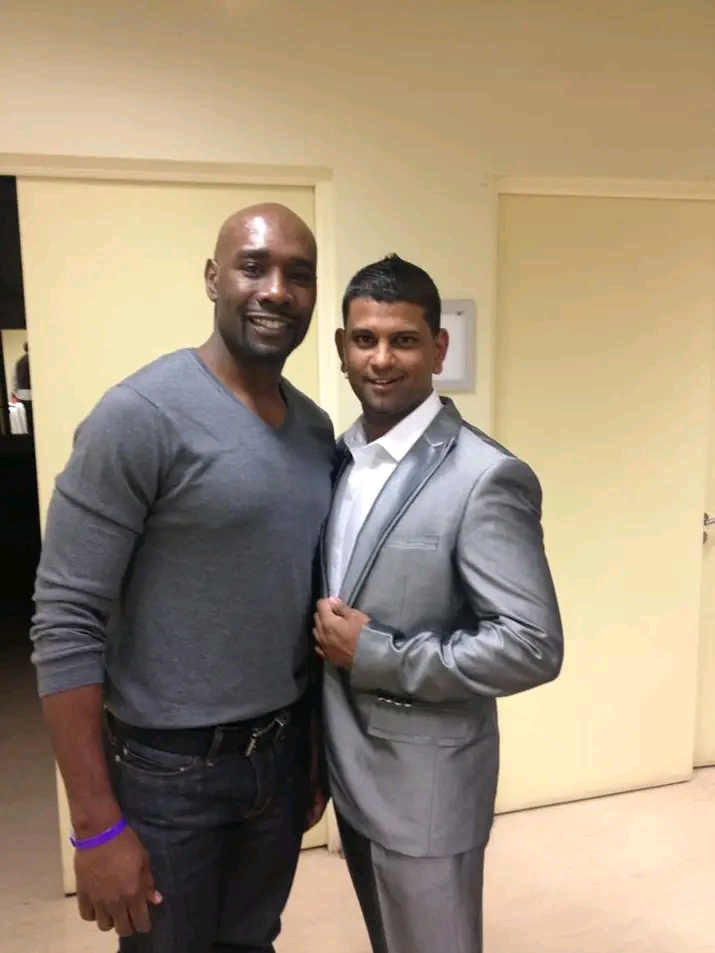 Image of Moonsamy with a fellow actor Morris Chestnut.

Furthermore, he is a very humorous man, as in he is an actual comedian. And, this humour makes his life a bit more fun to listen. In an interview with IOL, Moonsamy reveale that he was married to a woman named Nerissa.

Moonsamy stands at a height of 1.74m, which is the average male height in South Africa. Which in American metric can be placed around 5 foot 8. The height was provided by his agency so we believe it is pretty much close to accurate. Or let’s just say the standard deviation of error can’t exceed 2cm.

When it comes to Networth, we simply don’t know. There are no estimates on Moonsamy’s net worth. However, we do know that he makes enough from his acting, directing and producing. Allowing him to travel the world with his family. 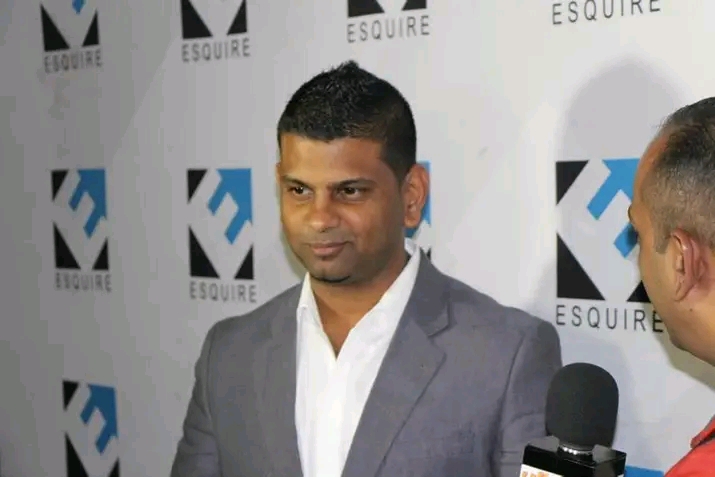 While Moonsamy is mainly a director, he can be seen acting in recent movies like Mr Bones 3. Where he plays Alvin. He has also acted in his own self directed and co produced Who’s My Daddy? However, that’s not all.

Moonsamy started of in Theatre playing lead roles while also directing simultaneously. Some of his notable theatrical appearances include but are not limited to: Keeping up with Koopasamies, War cry, Those indian guys 2, Whipped, Jamaican Jam, Karma Komedian and Gone too soon.

When it comes to Television and Video his list is not so countless. Among the Music Video features you can find him in the following: Shisa Nyama (music video), Faces (Music video). Moreover, he can be seen in TV roles such as, Erfsonders, Eastern Mosaics, Binnelanders, Youth Day and Imagined homelands.

Now coming to his most recent work, films. You can find Moonsamy in the following films: Mr. Bones (Son of Bones), Vir Altyd, Fall of Garnesh, Land of Milk and Money, Blitz Patrollie, Bakgat 3, Durban Poison, Vehicle 19 and My Little Black Heart. Are among the many notable films you’ll find Moonsamy in.

Something noteworthy is, Moonsamy was a director in most of the aforementioned productions. From the theatrical inclusions to the movies and TV appearances, he was a key director or producer in some. However, he has directed more theatrical plays than movies and more movies than TV series respectively.