Sannah ‘Sana’ Mchunu (born 19 March 1972), is a South African actress. She is best known for the roles in the television serials such as; eKasi: Our Stories, Muvhango, The River. And, Gomora where she plays Zodwa. Sannah is 50 years old. Image of Sannah Mchunu who plays Zodwa from Gomora.

Mchunu was born in Mofolo North, Soweto, South Africa on March 19, 1972. So, Sana is currently 50 years old as of 2022. As pertaining matters of education. She was unable to complete her education. This was ecause she had children at a young age. She became pregnant with her first child when she was 14 years old. And, at the age of 19, she had her second child. Furthermore, she became pregnant again after her parents returned her to school.

Then after her parents had died. She moved in with the father of her fourth child. However, her husband began physically and emotionally abusing her. About the time she became pregnant with her fifth child. So, she left the children with him after all of that turmoil. She is currently the mother of seven children as of 2022. And, she went quite through a lot as a young girl.

In one post, Sannah told her daughter not to have children at a young age like her. It was her daughter’s birthday and she shared her feelings about the matter. Among her children, not many are known by their faces or names. But, her daughter was the first she posted and with a very strong massage indeed.

Read: Presley Chweneyagae talks about his career, the oscars, personal life and more

Sannah started off as a dancer for the great Brenda Fassie

In her teen years, Sana used to dance for the late Brenda Fassie. However, this was later interrupted by her multiple pregnancies . But, she went to audition under the guidance of her friend, Winnie Khumalo. And as a result she was later selected to star in eKasi: Our Stories in a supporting role. 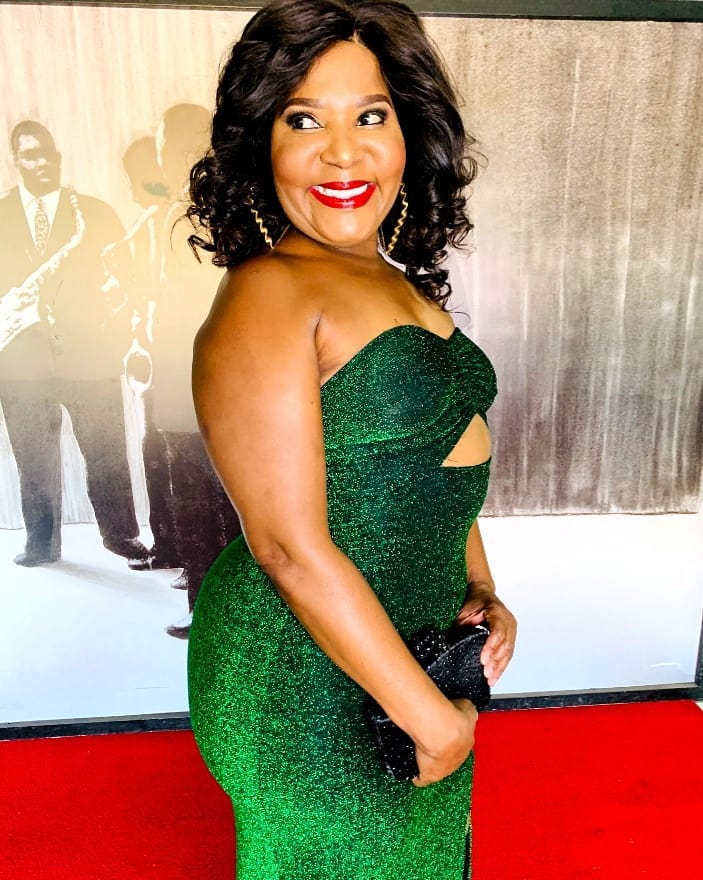 In 2013, Sana joined the fifth season of e.tv anthology series eKasi: Our Stories. And, played the role “Mrs Simelane” often called “Sis K”. She continued to star in the sixth season of the series. Where she was playing multiple multiple roles such as “Rebecca”, “Mrs. Khumalo”, and “Gladys”.

Firstly, SABC1 drama Sticks and Stones (as “Aunty Nena”), SABC1 docudrama Amagugu (as “Lizzy”). Then, SABC2 drama Gauteng Maboneng second season (as “Rebecca”). And further apperances on Moja Love telenovela Hope. Where she played “Nelly” and in SABC1 drama thriller Ihawu (as “Rebo Modise”. Meanwhile, her most notable television role was as “Nomarashiya” in the SABC2 soap opera Muvhango.

Furthermore, in 2019, she played the role of “Mam Lindi” in e.tv supernatural serial Isipho. And, thereafter joined the fourth season of the Mzansi Magic drama The Queen starring as “Tryphina”. In 2020, Sana appeared in the Mzansi Magic telenovela Gomora as “Zodwa”. Where her role has received critical acclaim .

This year of 2022, Sannah won Mzansi Viewer’s Choice Award. She was in the category of favorite actress. Which she was nominated for. And, the outcome came as a win for her. And, many agreed that she deserved her role. She also played Sindiswa’s mom on Rhythm city. A role for which most etv viewers remember her for. [ ¹]

However, after her award win. Some considerable number of South African viewers had some things to say. A certain number of people complained on social media saying that their favorite actresses weren’t picked. This left a stain on Sannah’s Award win. However, no response was given both by the SAFTA committee or the winners themselves. Which was probably for the best. [ ²]

Read: Who is Romeo Kumalo? Get know his age, career, networth and wife