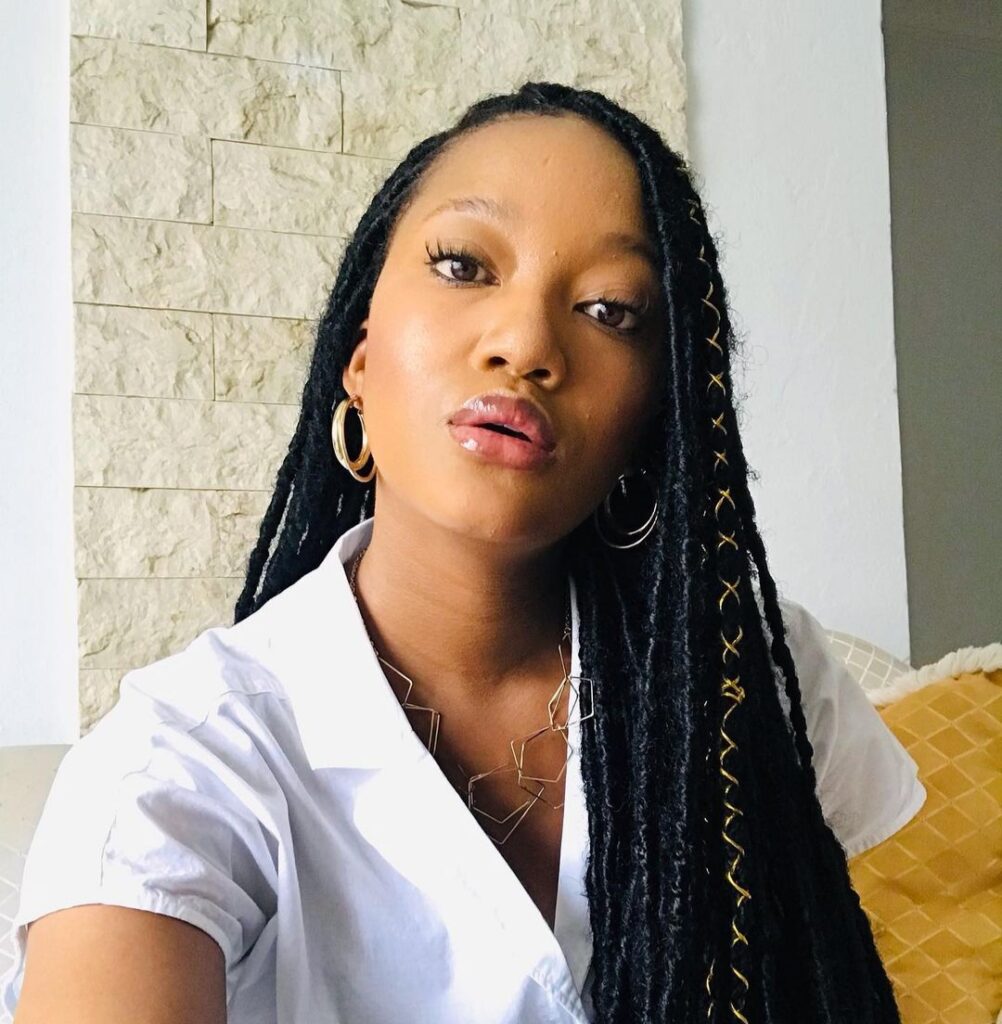 Nolo Seabi as Seipati from Scandal.

Nolo Seabi is a 27-years-old South African born Actress. She was born on 03 April 1995 in East-rand, Boksburg, East of Johannesburg​. And was also raise in the very small town of Boksburg. Growing up Nolo never dreamt of becoming  an actress but an air hostess.

“I wanted to be an air hostess at first. Then that changed to be being a doctor. Then I wanted to work with dead bodies, performing autopsies, but that freaked me out,” says Nolo speaking to SunBuzz. She even thought of getting into forensic but again she changed her mind.

Nolo Seabi went to primary and high school in the East-rand. She then obtained a bachelor’s degree in art from The South African School of Motion Pictures Medium and Live Performance.

While doing Grade 8, Nolo decided to go for TV presenting course and she was hooked. That’s when she realised she was born to be in front of the camera. She did her first play when she was in grade 10.

Nolo made her break through in the acting industry after few cameos on etv anthology series’s​ of eKasi: Our Stories. She was also a presenter on SABC 1 You TV.

In 2017, she had her first starring role in the Mzansi Magic telenovela Isithembiso as Palesa Kunene, a spoilt daddy’s​ girl. And in October 2015, she also became a field presenter on SABC 1 variety show Selimathunzi. She’s also previously worked with various brands including Swarovski, Revlon and Daniel Wellington.

After that she joined Scandal! etv where she portrays Seipati, the wife to Lerumo (Hauza Mosese) and the mother to Tebello ( Litlhakanyane Lihlohonolo). Recently Seipati’s sister was introduced to viewers and had brought sparkling moments on the show.

1. She doesn’t like sleeping on pillow cases, she prefers to sleep on a flare bed.

2. Nolo is interested in flowers. She loves them a lot, she want to learn decoration and join cooking school.

3. She doesn’t like to disclose anything about her private life. This includes her boyfriend, friends and family.

4. Nolo Seabi is not married and she doesn’t want to get married.

5. She wanted to go for autopsy but she is really can’t stand her own bleeding. She also desire to be any influencer.

6.Nolo Seabi is in a relationship with Mpho Sibeko known as Lucky from Gold diggers, or as JT from Rhythm city or Mo from Gauteng Maboneng. [¹]

Nolo Seabi once lost her car to Thieves

She was in the middle of a meeting in Jo’burg North cliff when she got a massage from her car’s tracking company. Saying that her car was somewhere in Diepkloof, at that moment she ran to the parking lot to see if it was a false alarm. But, to her surprise, her car had been stolen.

The police prohibited her from sharing too much information as the case was still under investigation but the then 24 year old was still shocked. But, she had another car of which brand she refused to share in fear of being targeted again. No update was shared if she recovered her car or not but that a case was opened and the police were on top of it.

Apart from the fact that Nolo is dating Mpho Sibeko and that she does not love to sleep on pillows. She has taste for fashion and is mommy’s little girl despite her acting as daddy’s little girl on Isithembiso.

Other works and Networth

The Scandal soapie star is the Kotex brand ambassador. Juggling both balls has made her Networth to be $150 000 as of 2021 according to Savannah News website. You can look for more facts from the video below.