Who is Nefisa Mkhabela? About her age, career and boyfriend!

Nefisa Mkhabela who was born on 14 February 2001, is a 21 year-old South African actress best known for playing Ona Molapo on e.tv’s daily soapie of House of Zwide . She had a supporting role on Unmarried and played Mbali on Ispaza Sasekhaya on Mzansi Magic. (source- Instagram) image of Nefisa Mkhabela the starring on House of Zwide.

Nefisa Mkhabela was born in 14 February 2001. She was born and raised in Randburg, Northern Johannesburg, Gauteng Province in South Africa. Growing up in Randburg, Nefisa has always been passionate about singing, dancing and acting.

In primary school, her English teacher even advised Mkhabela’s parents to enroll her at the National School of the Arts to further nurture her talents. But her father opposed it. In high school, she then started participating in traditional dance and acting in plays.

Nefisa attended Greenside High School where she excelled in cultural studies. She even obtained a Certificate of Excellence in Traditional Dance. 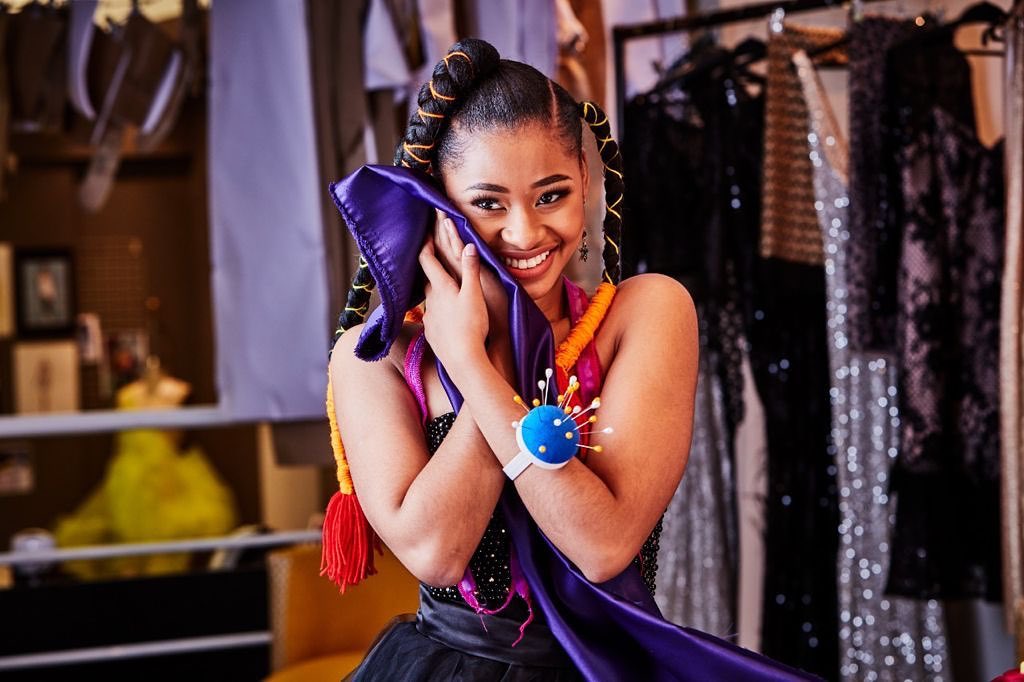 Nefisa Mkhabela is Ona Molapo on House of Zwide.

Nefisa made her television debut when she landed a recurring role of Mbali on the 1Magic drama series Unmarried. She appeared in the shows’ premiere on 2nd February 2018. Nefisa resurfaced on season 2 which aired on Mzansi Magic and Mzansi Wethu. In 2021 Nefisa Mkhabela had a leading role in the South African movie called Ispaza Sasekhaya which first aired on Mzansi Magic on 3 April.

Again in 2021, the Mzansi star landed starring role on House of Zwide as Onalerona Molapo. Ona Molapo is the daughter to Funani Zwide, she is a fashion designer who navigates the world of fashion with her best friend (played by Shalate Sikhabi).

Onalerona Molapo’s storyline that depicts a relatable tale of a talented and aspirant fashion designer from Tembisa, Ekurhuleni, defying her father’s orders to study marketing in pursuit of her fashion dreams in Rosebank. The storyline of Onalerona depicted by Nefisa resembles her real life story in which she had to disobey her father to become an actor.

Battle to convince her father of her acting career choice

Before coming to House of Zwide, acting was always on her heart but during her matric in 2020, she became indecisive about her career choice. And when she had finally decided to become an actor her father disagreed with her. ” The main thing I wanted to do was act, but my dad was set on me having a backup plan and something to fall back on. He made it clear I shouldn’t study something in the arts,” she said to Sowetan Live.

After obtaining her matric, 2021 was the year to finalize which career she would study for. So she obeyed her father and enrolled at University of Johannesburg to study law. Her father was thrilled but she wasn’t. So later on she clashed with her father when she said she want to drop out of varsity to pursue her acting dreams.

It was difficult for her parents when Nefisa brought such news since she had not yet secured any acting job but was still auditioning. But her father was relieved when she landed the starring role of Onalerona Molapo on House of Zwide and finally losen up.

“I don’t think he [Mkhabela’s father] expected this role to be this big because when I got it he suddenly started to loosen up and telling me how proud of me he was. It was a shock to me, He’s super excited because he knows this has been my dream ever since I was a kid. It fulfills him seeing that I went after what I wanted and I’m now living my dream,” she added. ²

Salaries for actors vary according to roles, show ratings, years of experience and obviously craft competence.  However, for her Ona role, the star actor is paid an estimated whopping R35000 to 45000 per month depending on scenes. ³ A beautiful image of Nefisa Mkhabela.

Nefisa’s boyfriend is not known as yet since she keeps most of her personal life a secret. But she do have social media accounts. You can find her on Instagram and Twitter @nefisatarisca_ . According to Nefisa’s Twitter status, she doesn’t have Facebook account, if you find any she asks you to report it as a fake account of an impostor.

Check out the video version of Nefisa Mkhabela biography and real life story.

If you enjoy the video after watching, please subscribe to our Channel and tell us who else we should write about!