Nduduzo Zuma (born 20 September 1994)is a South African actor from KwaZulu-Natal. He is best known for his e.tv role as Mzwandile on Imbewu. However, he has appeared in other TV shows such as Isithembiso and The river. His acting career is still in its early stages however. So, not much information is available on him. 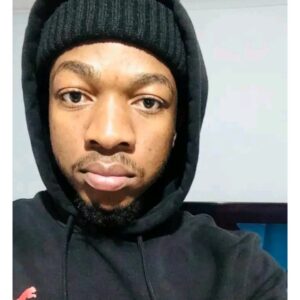 Ndunduzo Zuma is a South African actor who was born 20 September 1994. He was born at Durban General Hospital in Mpendle. Moreover, Zuma is of Zulu descent and speaks fluent Zulu. However, no much is known of his childhood, and how he was raised. Also, we don’t know if he might have any siblings or not.

Nonduduzo attended his primary at Ikwathetha primary school and Matomela High School. Thereafter he finished his high school and  applied to study Civil Engineering at Berea Technical College. He dropped out after finding out that the career was not for him. However, he holds no regret to his choice as this later worked out for him.

Zuma, later went to study at University of KZN( University of KwaZulu Natal). He graduated in 2017 in a course unknown to the public. But presumably drama. But that’s just a guess and the conclusive information on the course itself is unavailable.

Since he is 28 years old, many are wondering if he has a girl friend or wife or children.  And the truth is, that information remains hidden from the public. Not because he hid it, but probably because he’s not yet that famous as to attract too much attention into his private life. As a result, Zuma Nduduzo’s wife or girl friend or his personal adult hood life remains unknown. Keep visiting the web for more updates.

His actual height is unknown but schematicly calculated height averages him at 1.78m or 1.8m tall. Such heights are estimated not just on face value but objects evaluation using measurements of objects in his vicinity in pictures or videos. Sometimes even co stars whose heights are known as estimates. But remember, these are estimates, his actually height may be below or above this range by very few centimeters.

His net worth just like his personal life remains quite a mystery. However, as he gets more famous and popular. Such information will be revealed and we will update our page on it. So, the answer we have is rather tentative.

He first appeared on Isithembiso in 2019, potrayed a character as Sbusiso. In 2022, he joined the River potraying a character as Lwazi. The River is aired on Mzansi Magic 1. The same year he joined Imbewu on e.tv . On Imbewu he is acting as Mzwandile. A man whose sister gets killed by Zithulele when he was driving recklessly on the road. And now, out to get his revenge. This is the only story line he is most notable for to date. So, his filmography is pretty short. But as his career progresses. We will add more info on that.

10 Mzansi actors you didn’t know they are related