Lunga John Radebe is a South African actor, singer and writer. Best known for playing Mr Clive Masemola on Imbewu the Seed. He is also one of the writers on Skeem Saam. So, in this article we will cover Lunga Rabede and his full life. 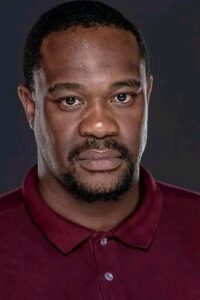 John Lunga Radebe is a South African actor, writer and singer. Known famously for playing Clive Masemola on Imbewu. While his career is known to a great deal. His private life is a Ghost town. The actor was born in Soweto, Johannesburg. He still lives in Johannesburg but not in Soweto.

However, we don’t know if Lunga Radebe has siblings or not. Moreover, we don’t know his childhood nor what propelled him to Drama. Let alone his girl friend or wife? Such details are rarer than diamonds for the actor. But what know, we will share in this article.

When it comes to his education. John obtained his Bachelor of Arts in Dramatic Art from the University of the Witwatersrand, Johannesburg. And a Master of Fine Arts in Dramaturgy from Columbia University, New York. He has trained under such esteemed theatre practitioners. Such as the great Anne Bogart, Gregory Mosher, and Arnold Aronson to name a few.

Moreover, Lunga has worked as an actor and writer for both the stage and television. So, he has an extensive resumé of work in theatre. He also studied scriptwriting at AFDA Film School.

Just like his early childhood. Much of hiz personal life is unknown to the piblic. In fact much of his private life is almost blank. His facebook has only one post and so are his other social media accounts. So, we can’t say if he has or doesn’t have a wife or children.

Let alone assume his sexuality. We just don’t know enough yet about Lunga Radebe. What we do know is that he currently lives in Johannesburg. And that he’s been behind most of our favorite shows this whole time.

You may have seen him on Imbewu being all tall and giant. And wondered how tall Lunga Radebe is? Well, even though his agency if he has any did not provide his height. It can be approximated from his pictures in relation to people whose height is known. By those estimates we get a height of up to 1.88m tall. So, he is quite tall a man.

Lunga’s net worth is unknown as of this day. However, estimates close in around R5 million to R7 million. They mostly take account of the work he does, acting and writing. And, some of the assets he is known to have amassed as of that time. But here? The number is highly unreliable but it’s a reasonable estimate.

As a playwright Lunga’s work spans across plays like The Trumpeter, Lucid Inverval, Blues for Tsheleng and Avalon: A New Township Play. Which played in New York and had a tour of the UK in 2014. So, Lunga is pretty much a big shot in the writing field. Moreover, he has also written for the television series of Zone 14, Rhythm City and Skeem Saam. And, here you are thinking he’s new to the industry.

However, as an actor, Lunga has been especially prolific in theatre, with numerous productions to his credit. These include Love, Crime and Johannesburg; I Need a Gun Mampatile; Armed Response; Much Ado About Nothing; The Dead Politician; The Seagull; and his own play, Avalon: A New Township Play.

So, while he’s not entirely big on TV appearances, he’s as much involved as those we see. However, when it comes to acting, Lunga would rather be in Theatre. But many argue that his role on Imbewu shows a rather fair sophistication and finesse of the acting arts.

Television series he has acted in include the soapies Backstage and Muvhango; and the dramas Zero Tolerance, Mtunzini.com and Izingane zoBaba. In 2018 he landed his first starring role in television when he replaced Jet Novuka in the role of Mongezi Ndamase for the second season of the SABC1 drama series Ingozi.

Imbewu the seed actors and their ages