Mpume Mthombeni who was born in 1971 is a 51-year-old South African actress best known for playing the role of Agatha Dlamini or Mama Dlamini on e.tv drama series Durban Gen. 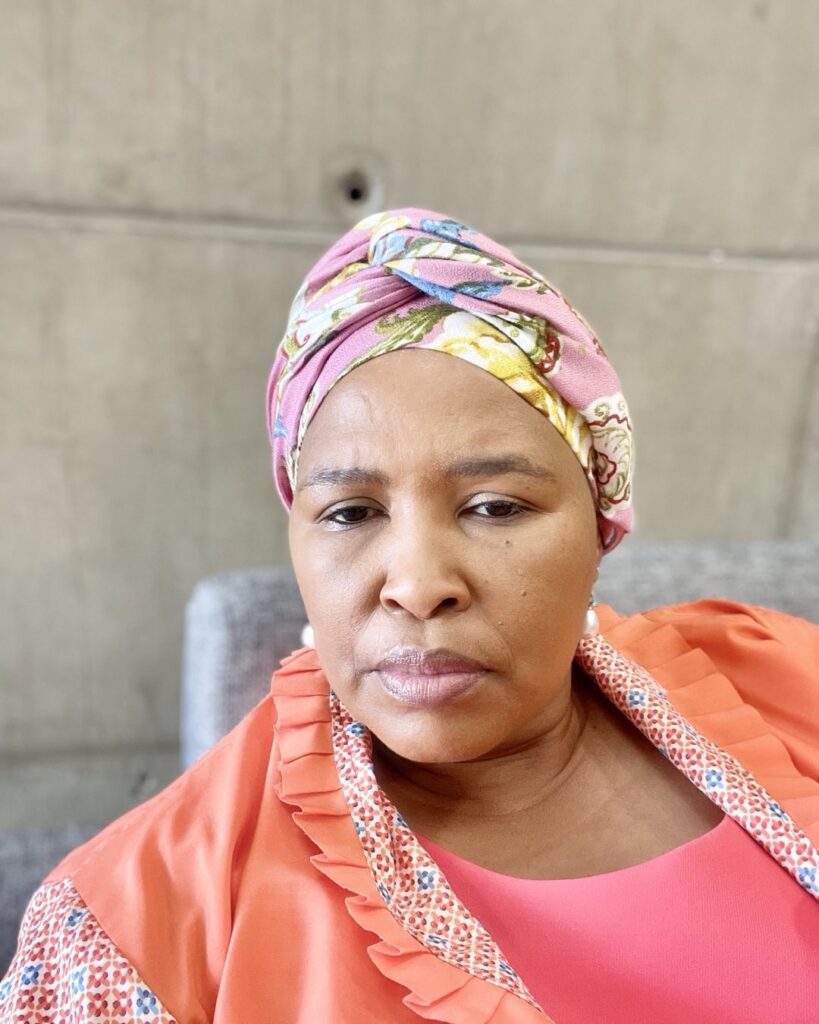 Image of Mpume Mthombeni aka Mma Dlamini on Durban Gen.

Mpume Mthombeni was born in 1971 in Umlazi, city of Durban in KwaZulu Natal Province in South Africa. She was born to a mother who was a domestic worker and a shebeen owner. Both of her parents were into arts, her mother was a good singer while her father was part of Isicathamiya singing group.

When she was still in Grade 8, she saw a theatre play for the first time. The play was done at her school and it intrigued her but it never came to her mind that she would want to be an actor. She recalled reciting a poem in class and the teachers were impressed to an extent that she had to do it to the entire school.

How did Mpume decided to pursue acting?

Mpume wanted to study social science at University of KwaZulu Natal but her father didn’t want and refused to fund her studies because he believed girls must be married. She also tried to become a nurse and still her father could not support her. So she decided to look for a job and she found one at a factory.

One day she bumped into a call for auditions at the Playhouse while reading the Ilanga Newspaper. She had no idea what are auditions but a friend who studied at DUT assisted her. She attended the auditions and seven out of hundred people were chosen and she was one of the chosen ones.

She received a backlash from her father and church friends who called the Playhouse a BeerHouse. Her father accused her of practicing stripping in a Beer-hall and it was painful that her father never supported her but she continued doing what she loved: acting. 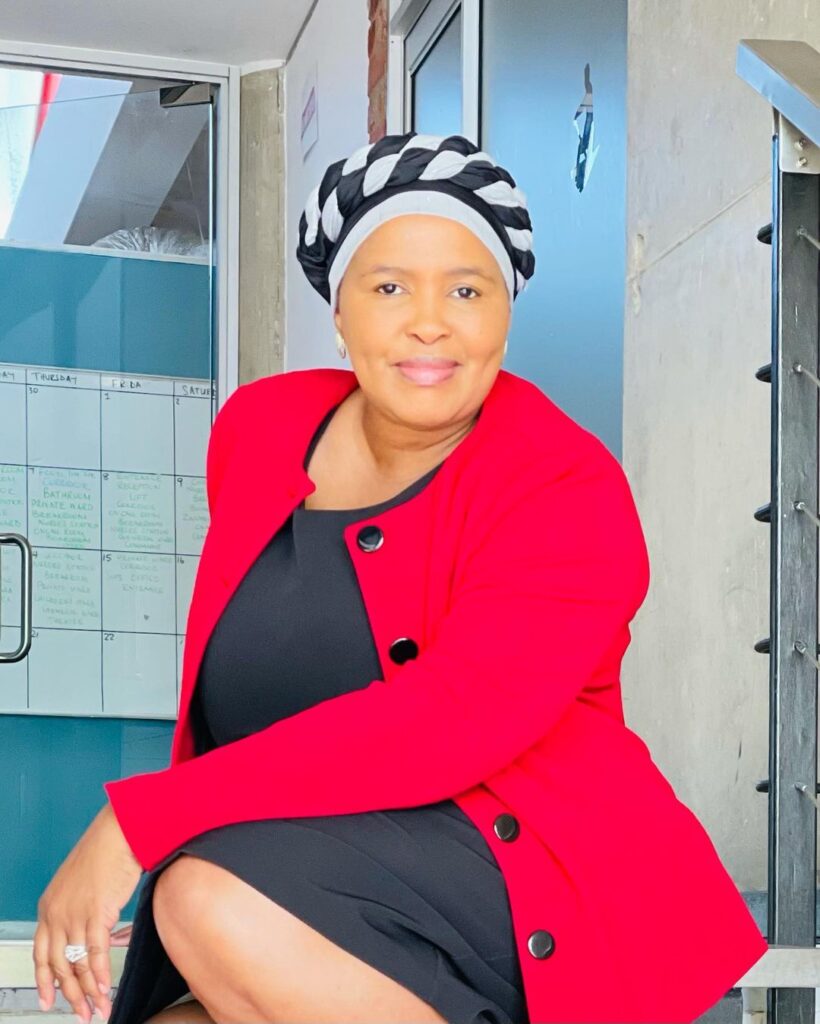 Image of Mpume Mthombeni aka Mma Dlamini on Durban Gen

Mthombeni then went on to study dance at UKZN under Lliane Loots, as well as learning to play the guitar. Her first major role was in Khaya in the Sky in 1994, with the famed acting team of Ellis Pearson and Bheki Mkhwane, and she subsequently proceeded to Johannesburg to work with David Dennis in Godspell.

She acquired an agent and began working as a voiceover artist. In 1996, she appeared in Julius Caesar at the Market Laboratory, and in 1998 and 1999, she worked in North West Province with Aubrey Sekhabi, who was the creative director at the time. She has lately collaborated with Neil Coppen on a number of theatre projects.

Her career has combined Television dramas, theatre and films. She has more than 20 years being in the acting and entertainment industry. In 2018 she made headlines in acting when she featured in The Harvesters. In 2020 she landed a role of playing Agatha Dlamini or Mama Dlamini on Durban Gen. Other dramas where Mpume appeared and acted include playing Duduzile on Imbewu the Seed, MaXimba on Uzalo and MaMbhele on Zbondiwe.

Who is Mpume Mthombeni dating or is she married? 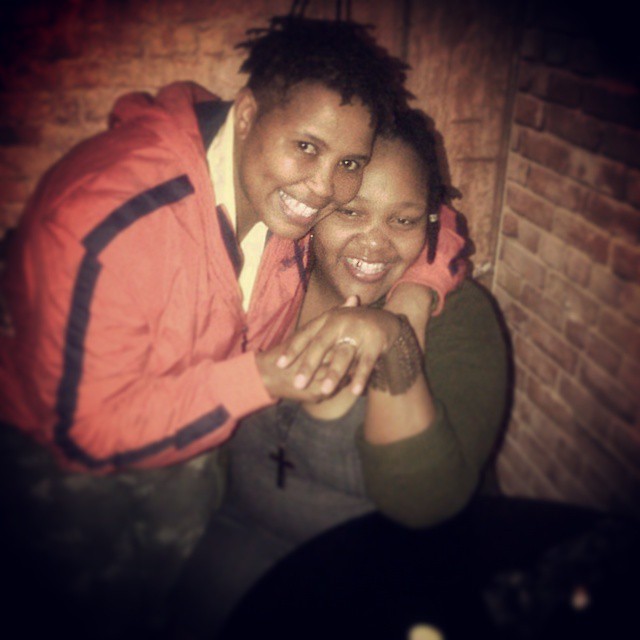 Image of Mpume with her fiance.

You wouldn’t believe that Mpume is no mother like character she portrays on our screen because she is a lesbian. She is dating her girlfriend whom she recently posted on her Instagram. In December of 2014 she posted a picture of her and her girlfriend wearing a ring captioned “committed” which might signify that they’re engaged or married.