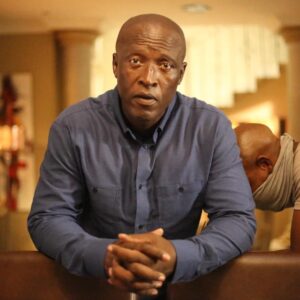 A picture of Masoja Josiah Msiza

Josiah Masoja Msiza is a South African actor, poet and musician. He was born on the 5th of October in 1964. Meaning he is 56 as of this month of July 2021. Msiza is famous for his role as Nkuzi Mhlongo from the award winning telenovela turbed soap opera Uzalo. Where he plays a vicious criminal and gangster and wealthy man in society.

Masoja Josiah Msiza was born in Kwa-Themba in Gauteng. A province in South Africa, his love for acting come from early in his childhood. At the age of nine he particulates. He was raised by his grandmother and would only get to see his dad on weekends if he was lucky. This was a hard upbringing for him as he said and he only hoped one day he’d break the cycle. When he was only 14 years old, Msiza won an acting competition at his school. After finishing his high school, Msiza journeyed into the real world, finding work as a miner. However, he was later fired among others who were part of a strike. After this, Mzisa knew it was time to pursue something he loved. That’s when he went on to pursue his acting dream, securing his first gig in a play called “Mfowethu”.

2. Msiza grew up learning the wrong ideas about gender-based violence

Masoja was among the many men with a twisted understanding of abuse. He grew up being taught that it was okay to abuse women. Growing up however, he picked up some life changing epiphanies on the road and got enlightened. In fact, he is on a mission to enlighten many others about this. Teach other men that violence against women is wrong and women don’t like. This misconception is widespread in popular culture, that women enjoy pain and violence. Psychology accounts a phenomenon of the nature of humans being sadomasochistic as the primary cause.

Last year in 2020, there was a big hoax of Msiza’s death. He took to social media his backlash saying this was the work of the “envious, jealous and haters”. Masoja also went a notch up and gave people an enlightening statement. In the statement he said:

This is very much true, and it is a pity to think someone would waste their time to bring someone down in ludicrously preposterous attempt instead of building themselves up.

4. Trying to break the cycle of divorce 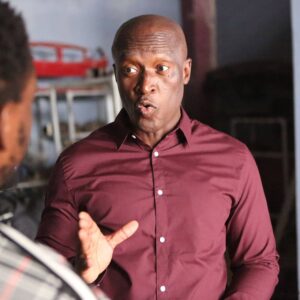 Masoja denies the claims of his death. That in itself is evidence of his life.

As he grew up being raised by relatives, Msiza wanted to make a difference by trying to avoid a divorce in his own life. But even with such great ambition, he fell right into the devil’s trap. Msiza went through a rough divorce and as things are Msiza only sees his kids on holidays like Christmas or the festive season. Masoja however says it was beyond his control but he tried to bring a different outcome.

He only sees his children when he’s in jorburg as Uzalo is based in KZN. However, Msiza is hopeful things will work out and he will try his best to make things manageable. Furthermore, whilst in K.Z.N, Msiza says he has gotten a good chance to reconnect with his family down there. So, even though he misses his children, he’s happy to reconnect with his enstranged family in the KZN.

5. Masoja Msiza is an outspoken poet and singer

Yes, the intimidating Nkunzi is a poet and you might be shocked by the art that comes from his words. He wrote love poems and other abstract poems about topics such as nostalgia and melancholy. Masoja is also a singer, intergrating his poem and music together to make his music poetic. Some of his famous songs are, Time tp rhyme, The click and My love (condomly). As a father of 3, Masoja Msiza couldn’t be any more of a better success. Coming from the ruins to wherw he is, his journey is not one to give a blind eye.