Liopelo Maphathe, born on 26 December 1981(age – 39), is a Lesotho-born South African actress, entrepreneur, presenter, producer and Drama lecture. She is well known for her lead role on Muvhango as Advocate Alice and for playing Boitumelo on Gomora. 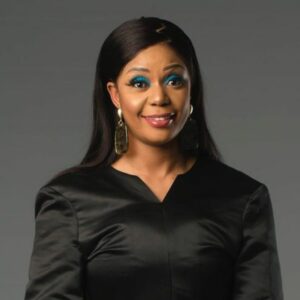 Liopelo Maphathe was born on 26 December 1981 in Lesotho and obtained her degree in 2001 in performing arts from the University of the Orange Free State. She then relocated to Johannesburg to pursue her acting career. 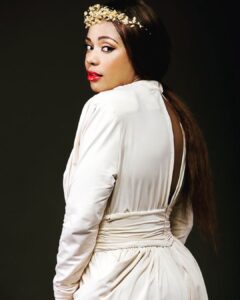 Amandla from Rhythm City or Maphathe

On her arrival in Joburg, Liopelo land herself a lead role on the seSotho drama series Sergeant Kokobela. By February 2002, Liopelo Maphathe landed the starring role of Luyanda on the former etv drama series, Backstage which was produced by Clive Moris Productions.

In March 2005, she landed a role of Advocate Alice on SABC 2 drama called Muvhango. In 2009, Liopelo was the presenter in Bongoe Production Music show called Afro Caffe on SABC 2, again a presenter of Dzinge productions (2011) for In Your Defense. And land herself a lead role of Lesego on an SABC 2 sit com call Moferefere Lenyalong.

In 2014 she played the lead role of Mpho on a sit com for etv called Vat and Sit. And in 2015 she played a supporting lead on Ayeye, a series that is currently airing on Mzansi Magic and had a supporting lead role as Faith on Mamello, SABC 2 tv series. Maphathe is in a supporting role on Generations: The Legacy, she also plays Amandla on Rhythm City and features in the Lebo Mathosa biopic on BET Africa. 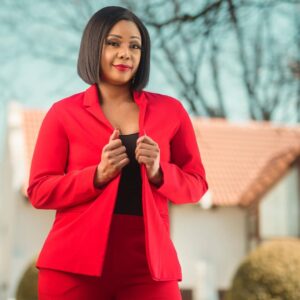 The former Backstage actress has done other work in the entertainment industry as a producer and executive producer. In 2014 she was Trainee Series Producer for a car spinning show on etv, presented by Khabonina Qubeka. And in August 2016 she was the overseer of the entire productions for Road Trip Media. ¹

Liopelo was reported to have regretted to be involved in extramarital affair with high-flying Lesotho-roots businessman who is married to a beauty queen that is also a media mogul. This nearly ruined her career as an actor and entertainer but she eventually realized her madness and apologized. Speaking to Sunday world, Liopelo said:

“This lady [the wife] would go around and block my career because I was having an affair with her husband. She would go to platforms where she has got relationships, either a producer or executive producer and she would tell them not to hire me. It happened in the beginning of our relationship and I told him what she is doing. He assured me that she did not have much power. Eventually, it worked out that way,” she said. ²