Lebohang Mpyana, born – 3 January 1989 (age – 32 years old), is a South African actress, comedian and musician best known for portraying Khelina on Diep City, a Mzansi Magic drama. She has been widely spoken of and trended on social media because of her comedy videos. 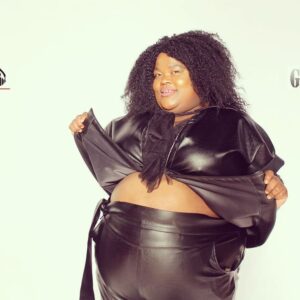 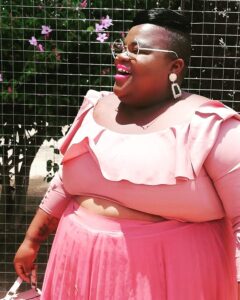 Lebohang Mpyana is a 32 years old actress who was born on 3 January 1989 in GaMokgokong, Molotjie outside Polokwane, Limpopo Province in South Africa. Growing up, Lebohang loved drama and wanted to realize her dream of becoming an actress. She was always part of the school plays during primary school and high school and she used to stand out from her peers during Oral Presentations and represented her school in drama and poetry competitions. 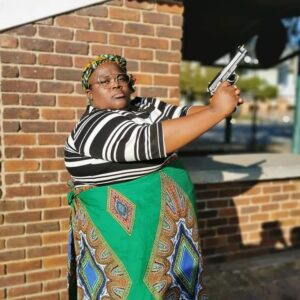 Lebohang was raised by her grandparents after the passing of her mother in 1998 who wished her to become a police officer. Then she went to art school to further her studies in drama until she found her first job with the Mahuma group. In her village where she come from, people thought they were playing games by doing drama because they considered real careers as being police officers. But after she started acting on Thobela FM people started to understand.

Lebohang Mpyana attended Kgabo secondary school where she obtained her metric. She then furthered her education at Paul Rapetswa Institute of Dramatic and Mahuma Institutes for the Arts. 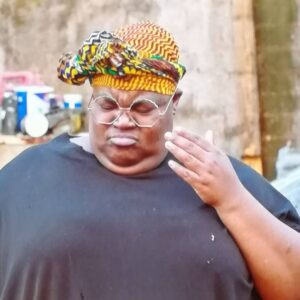 Lebohang Mpyana started her acting career in her community where people looked down on their work since they didn’t consider acting to be a career but a joke. She then land herself a role of Sylvia on Thobela FM drama called Mahlakung and her community friends started to take acting seriously. Lebo was also an advertiser on Moletjie FM.

In 2019 she auditioned for Khelina on Diep City to producer Mandla N via Instagram live video. She waited for two years, that is until 2021 before receiving a call back from Diep City producers. In 2021 Lebohang Mpyana received a call from Diep City produced by Black Brain pictures that she had a role and the television series will be starting in April thus she made her debut tv appearance. ¹

Lebohang as a comedian and musician

Lebohang is a stand up comedian who tell jokes in Sepedi. She is also a musician; in both entertaining acts, Lebo goes by the name of Queen Sekwatakwata.