Kingsley Ramabulana, born April 6, 1969, is a 52 years old South African actor best known for portraying Vhangani Ramasha from Muvhango. He has appeared on other television shows but he has become popular for Muvhango. Let’s take a look at his life history. 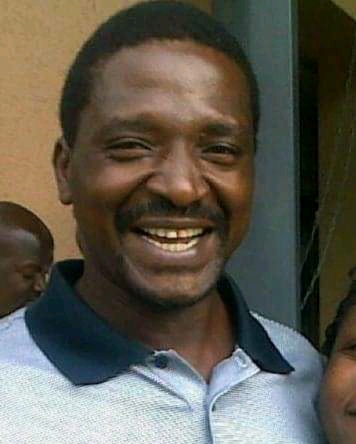 Kingsley Ramabulana was born on April 6, 1969 in Thohoyandou, Limpopo Province in South Africa. He is the younger brother of the late Muvhango veteran actor, Sampson Ramabulana. His deep understanding of Tshivhenda culture and language explains the deepness of his Tshivhenda roots and background.

In September 2019, Kingsley received bad news about his brother Mr Sampson Ramabulana who had passed away. Mr Simpson was an educator and an actor. He was best known for playing Vho-Mushasha’ role in the Tshivenda soapie, Muvhango.

Kingsley attended Shayandima High School in Thohoyandou, Limpopo. In 2018, he enrolled at Central Johannesburg College. This is where he obtained his further education but there is no information yet of what he studied at this college.

Kingsley’s acting career is best described by his role on Muvhango. He appeared on Muvhango for almost a decade playing alongside his brother Sampson. In 2012 he also appeared on Elelwani with his late brother. Elelwani was a love story of Elelwani and her boyfriend who wanted to marry her but tradition was too heavy for the boyfriend’s family.

Kingsley Ramabulana plays the role of Vhangani Ramasha on Muvhango. He has appeared on this drama for nearly 10 years. This is made possible by the fact that Muvhango has been on our screens for nearly two decades. It was released in 1997, making it the oldest television series drama in South Africa.

Kingsley is on social media. He is found on Facebook as for now but we will update if he opens Twitter or Instagram. According to Savanna News, Kingsley has Networth of $180 000 as of 2021. His main salary is from his acting jobs.