Kennedy Stab is a South African actor and director who is most known for his role as Simelane on Mzansi Magic’s Isibaya soapie. He appeared on other television serials such as Binnelanders, Backstage, Scandal!, Isidingo, Inkaba, Generations: The Legacy and Isithembiso to name a few. 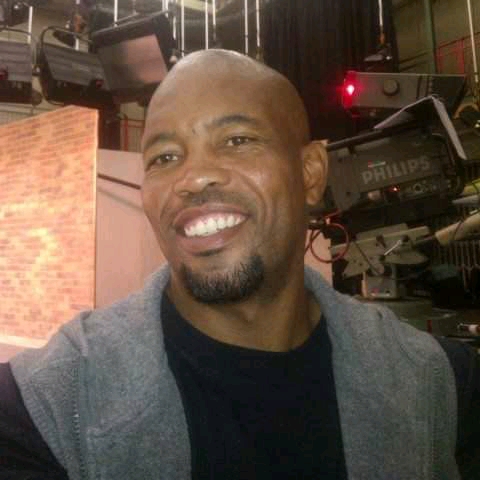 Kennedy Stab was born on 18 January according to Facebook but he didn’t publish the year of his birth. He was born and raised in Alberton a city in the southern part of East Rand, Johannesburg, Gauteng Province in South Africa.

He attended Thoko-Thaba High School and later enrolled at Trinity College London where he finished his studies in 1997. In 1997 he concurrently studied Speech and Drama at Fuba School of Dramatic and Visual Arts. He also received a formal training in Scriptwriting for Film at SWASWA. [ ¹]

Kennedy started in theatre productions before becoming prominent in television work. He appeared on theatre plays such as Lerato’s Dream, The Bunkards, Can U Take It, How Long II, Abangani (Lean on Me) Puppet Show and many more.

After that he auditioned for television work and landed roles in numerous television serials. His television work includes Binnelanders, Backstage, Scandal!, Isidingo, Inkaba, Generations: The Legacy, Isithembiso; the dramas Home Affairs, Izingane zoBaba, Sokhulu & Partners and Society. He became a well known actor after playing a recurring role as Simelane on the Mzansi Magic soapie Isibaya.[ ²]

On the Mzansi Magic telenovela Isithembiso, he began playing the recurring character of Fingers in 2017, making his debut appearance in Season 1 on May 18th, 2017. The following year, he returned to the role for Season 2.

He initially appeared in Season 1 of the 1Magic telenovela The River on March 20, 2018, as Goliath, Lindiwe’s adversary (played by Sindi Dlathu). His character was murdered off near the conclusion of Season 1 in a crossover with Mzansi Magic soapie The Queen , in which Harriet (Connie Ferguson) was given R10 million to assist Lindiwe in killing him.

In October 2018 he played another recurring role, this time as Solomon in the Mzansi Magic drama series Imposter Then the following year, that is in July 2019 he played the starring role of Ta Lloyd in the SABC1 comedy-drama series Makoti.

Other works of Kennedy Stab

Kennedy also directed two telemovies which aired on Mzansi Magic in their “Lokshin Bioskop” strand; and acted in three: No One is Perfect, Love and Poetry, and Quantum of Terror. He is also a former executive committee member of Isigansonso productions.

He appeared in several movies such as Jerusalem playing E Ntjha and he also appeared on Reyka alongside Jack Devnarain in the year of 2021. [ ³] 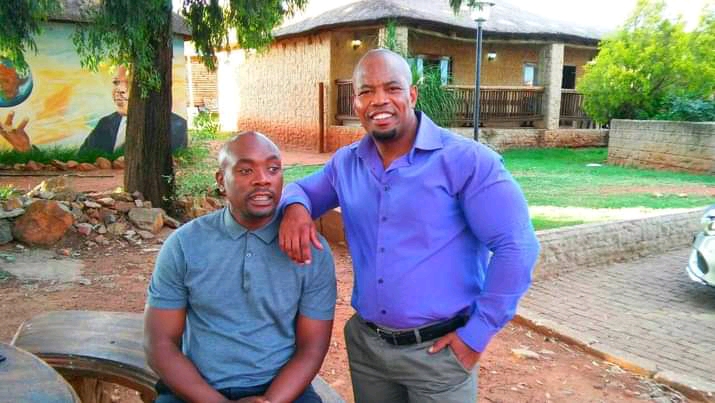 Image of Kennedy Stab in real life with a friend.

Kennedy’s relationship status and family is not known except that he is related to Ntebogeng Mashego. He is a man of average height of 174cm who is bilingual since he speaks English and Zulu only.

Is Kennedy on Social media?