Kaydx born as Níkę Uche Kadri was born on April 4th, in the 1990s. She is a Nigerian transgender actor, writer, singer, producer and director. She is best known for playing the starring role of Jo in a psychological thriller, Her First Kill, which was written and directed by Kaydx herself. Her First Kill was about about a religious young mother who abducts her best friend to find out the truth about her missing sister.

She is also a practitioner of collaborative solidarity who founded Dagbasi Productions on Juneteenth 2020 to create work that inspires empathy and challenges and furthers social consciousness. [ ¹] 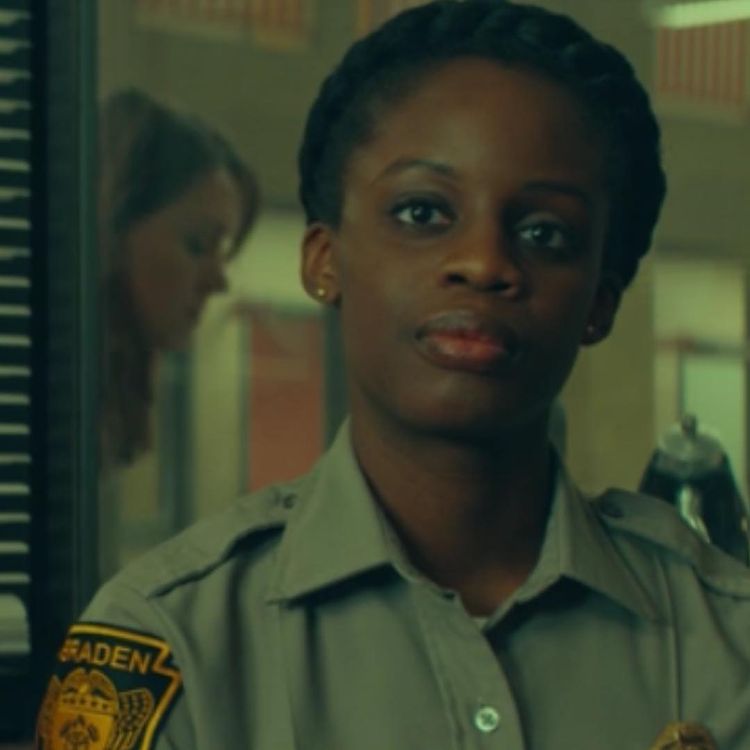 Image of Kaydx aka Nike Uche Kadri portaying Rook on One Dollar.

Nike Uche Kadri professionally known as Kaydx was born on April 4 probably in the 1990s. She was born and raised Nigeria then in the United States.

Kaydx made her acting debut in 2014 when she appeared on a short drama film called And Happiness portraying a runner. And Happiness was about Erin and Shaun who wanted to have a family. But life has some unexpected twists and turns on their road to happiness.

Her second role was in 2017 where she played starring role of Ina Langston in ‘By The Tide’, a short drama about Ina is devastated by the turmoil of unceasing sorrow and she is wrestling with her desire to end her time on Earth and her love for the two most important people in her life: Constance, her girlfriend and Oscar, a ghost. The very same year, Kaydx appeared on Squirrel.

In 2018 she appeared in four television serials and films. One of the films she appeared on was on a television series, One Dollar, playing the role Rook.
Then she wrote, directed and starred in psychological thriller film, called Her First Kill. The film was about a religious young mother who abducts her best friend to find out the truth about her missing sister. Her other 2018 films include Divorce and Seven Seconds.

In 2021 she played the starring role of Crea in a short drama called Pinky And Blue. The film was about a transgender couple of color who got a surprise first-time pregnancy and wrestles with how the new baby will affect their relationship and how to raise their child in a binary world. In 2022 she was casted for a minor role on Inventing Anna as Lane starring Armand Schultz, Tim Guinee, Kyle Beltran and T.L Flint to name a few. [ ²]

Kaydx is the founder of Dagbasi Productions on Juneteenth 2020 to create work that inspires empathy and challenges and furthers social consciousness. The Productions is interested in work that furthers non-for-profits and grassroots organizations that are led by and for under-served and underrepresented communities for global restorative justice and decolonization of consciousness. [ ³]