Kajal Maharaj is a 37-year-old South African actress, model and an entrepreneur popularly known for playing a starring role of Shria Rampersad in Imbewu: The Seed from season 1 to season 4. 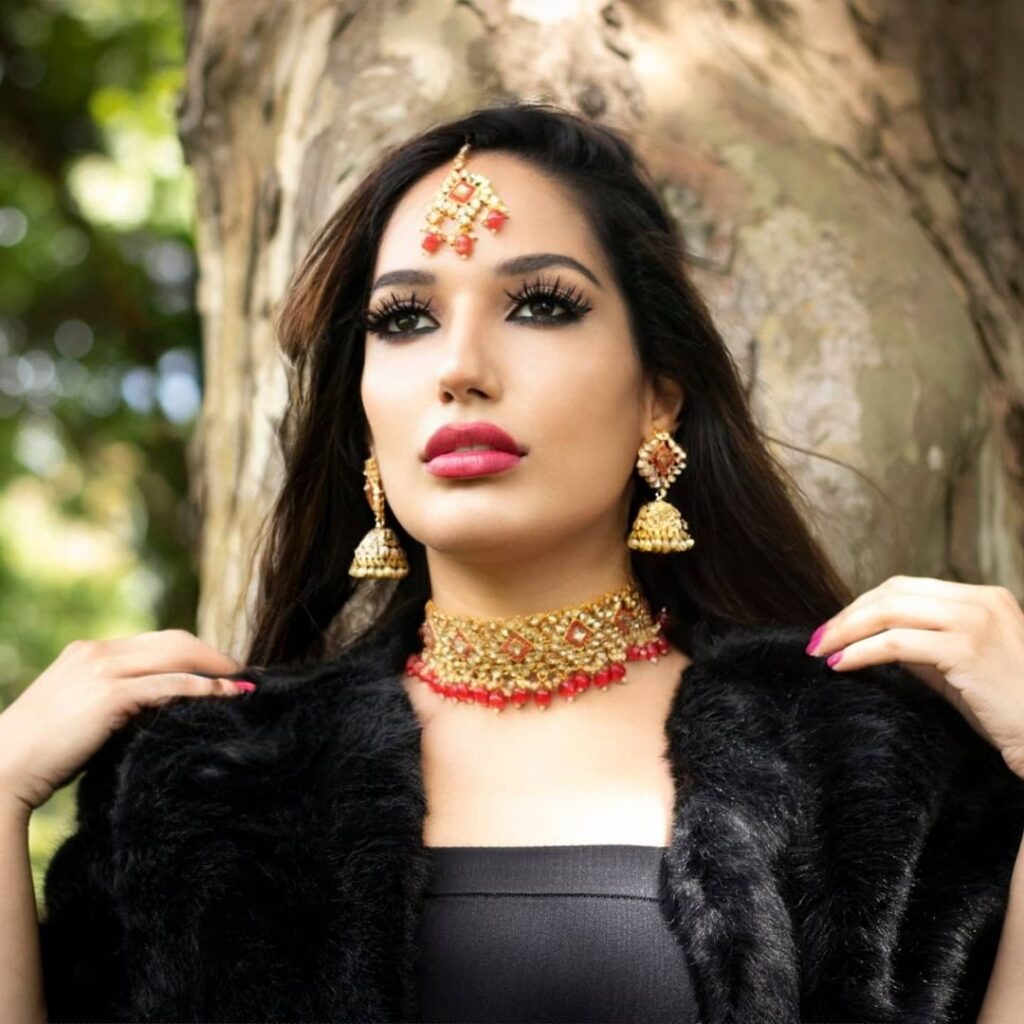 Image of Shria Rampsard from Imbewu whose real name is Kajal Maharaj.

Kajal Maharaj was born on 18 August 1984 in Durban, KwaZulu Natal Province in South Africa. She was raised in Johannesburg until the age of six when her family relocated to her hometown of Durban. Kajal is the middle child between two brothers, her elder brother and her younger brother.

She fell in love with acting at a very tender age and was enrolled by her parents in speech and drama classes from the tender age of five. She excelled in acting and modelling to such an extent that she won the ‘Ms Tinkerbell’ contest at a mere age nine. Her parents sacrificed their all to make sure Kajal succeeded in becoming an actress. They took her to rehearsals, auditions and provided everything she needed to see her dream becoming a reality.

“They’ve been there for me from the beginning, and they’ve gone to great lengths to see me achieve my goals.” They went out of their way to get me to auditions and rehearsals, and they made sure I had everything I needed to improve my profession and embrace it.” She remembers, “They are my backbone, and I owe them so much.” [ ¹]

She attended Danville Park Girls High School where she matriculated with distinction, receiving the award for Speech and Drama. Then she studied for Bachelor of Social Science Degree in Marketing and Media Studies at the University of KwaZulu-Natal (KZN).

In the years that followed, she received additional training in Kathak dance, as well as hip-hop and modern dance, in addition to her degree. She’s also a trained make-up artist and fashion stylist. 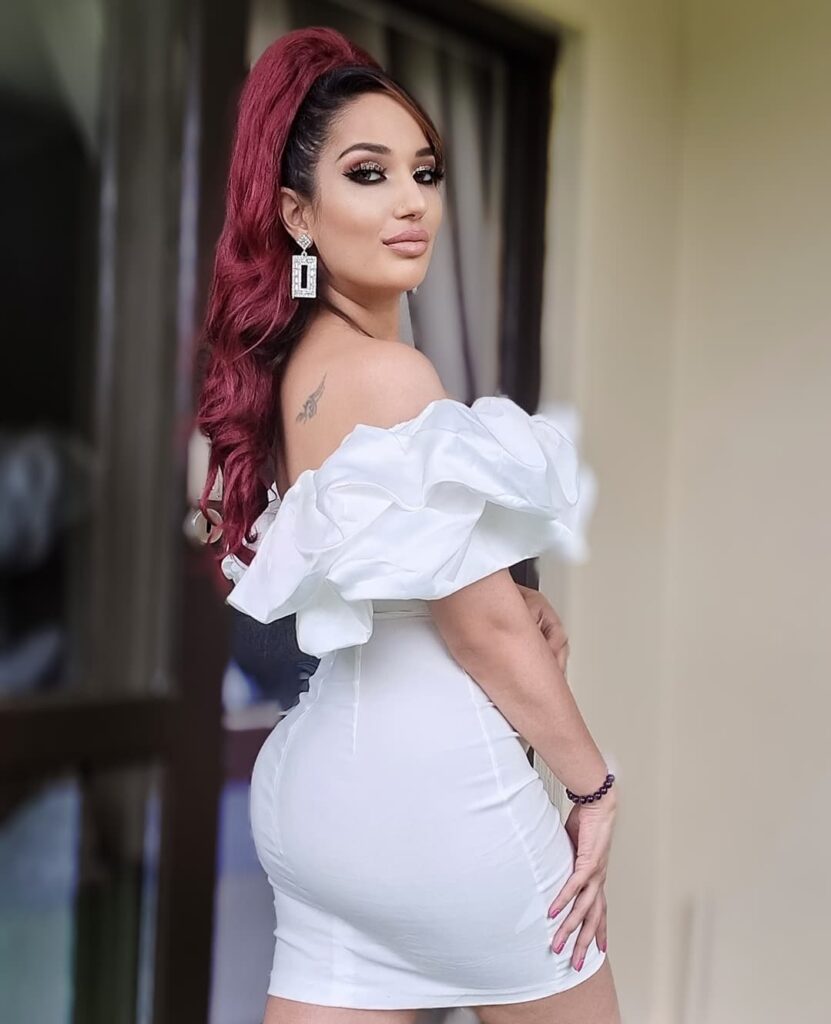 Kajal Maharaj slaying in real life. She is Shria Rampersad from Imbewu.

Kajal has appeared in a range of premium magazines, ranging from Men’s Health and FHM to Fair Lady, and has modelled for various television commercials and businesses, including Vodacom, Suncoast Casino, and the NWJ Bridal Fair. She won the ‘Miss India KZN’ pageant in 2004, then went on to win the ‘Face of India Bollywood SA’ title and represent South Africa in the ‘Miss International Tourism’ pageant, gaining the ‘Miss Congeniality’ award.

In February 2008 she took over from Kajal Bagwandeen as presenter of the SABC2 religious show Dharma Moments, a Hindu faith specific series that celebrates and affirms the ways of worship, lifestyle and faith of the Hindu community in South Africa. She appeared in several South African television dramas and serials such as Isidingo playing Veneshree since 2009. 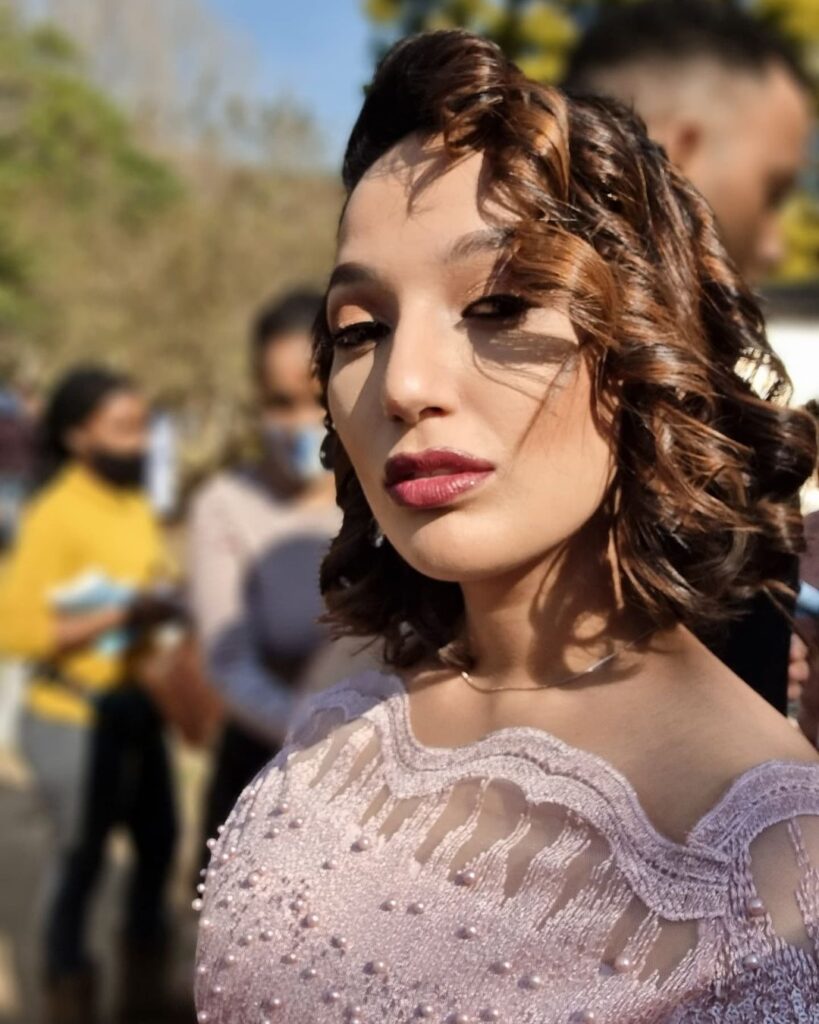 Image of Shria Rampersad in real life as Kajal Maharaj.

Kajal is married and she was blessed with two children who are boys. She do her best to balance work and family. Her family is her biggest inspiration, mostly her mom who inspired her from early age.