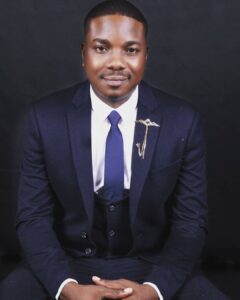 Ishmauel Songo biography, he is Sabelo from Rhythm City

Ishmauel Songo is a South African actor, presenter and A.F.D.A graduate who is well known for playing Sabelo Jethro Zwane on Rhythm City. He was born on 26 May 1995. He grew up in what he called “poverty stricken environment” of Tembisa, Johannesburg in Gauteng province. 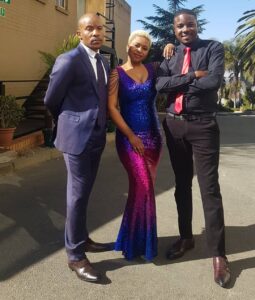 Though Ishmauel Songo is widely known for his Rhythm City character Sabelo, he has appeared also on the 2005 South African movie called Tsotsi and was a presenter on SABC 1 YO-Tv. He then later came to Rhythm City where he had a cameo role as Sabelo Jethro Zwane. [1]

“Little did I know I got the role but I think they already knew they wanted me but not for the role of Nqobizitha. They probably saw that I would do better for the role of Mpande,” he said.

In January 2022 his role came to an end in the form of death and fans were heart broken.

“Playing the role of Mpande Zulu was not easy at all because I was born and raised in Johannesburg, so tapping into that kind of Zulu was difficult, but if you’re a gifted actor you need to go do your research,” he added. 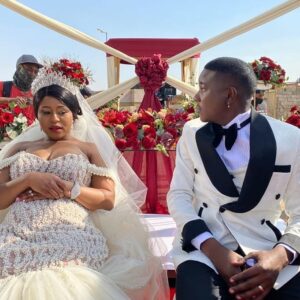 The Rhythm City character Sabelo Zwane is married to Sindiswa. Ishmauel appeared on Rhythm City as a Nyaope boy by the name of Sabelo, he was playing alongside Nkosimpendulo Cengani ( portraying Emmanuel ). Seeing how Nyaope was such a huge problem in his poverty stricken Tembisa location where he grew up, he proposed the Nyaope boy storyline. He had to sit down with Nyaope boys in Tembisa to learn how they roll their joints so that they can make the storyline more convincing.

“I saw how bad the problem of the drug had become, it’s become like HIV,” said Ishmauel Songo.[2]

Sabelo grew to overcome the addiction of Nyaope and was later employed by Suffocate Ndlovu at Kilowatt as a barman. The former Nyaope boy later got Married to Sindiswa, thanks to Suffocate who assisted with Lobola funds. Ishmauel Songo’s Rhythm City story line is so inspirational, from Nyaope boy to a married barman, this shows that its possible to overcome Nyaope.

Though we know him as Sabelo who is married to Sindiswa on our screens, behind the scene, the Rhythm City star is not yet married but has got a girlfriend by the name of Mbali. And he has got two children, a daughter from the past relationship and one with his current Queen of London. He loves his two daughters and always share their pictures on Instagram.

He acts as a barman and living in his mother-in-law’s house but in real life he is far better than that. Songo recently renovated his parent’s house as a surprise (we dont know how he pulled it). The star owns a mini cooper worth R486 000. His overall Networth is about $85 000.[3]  [4]