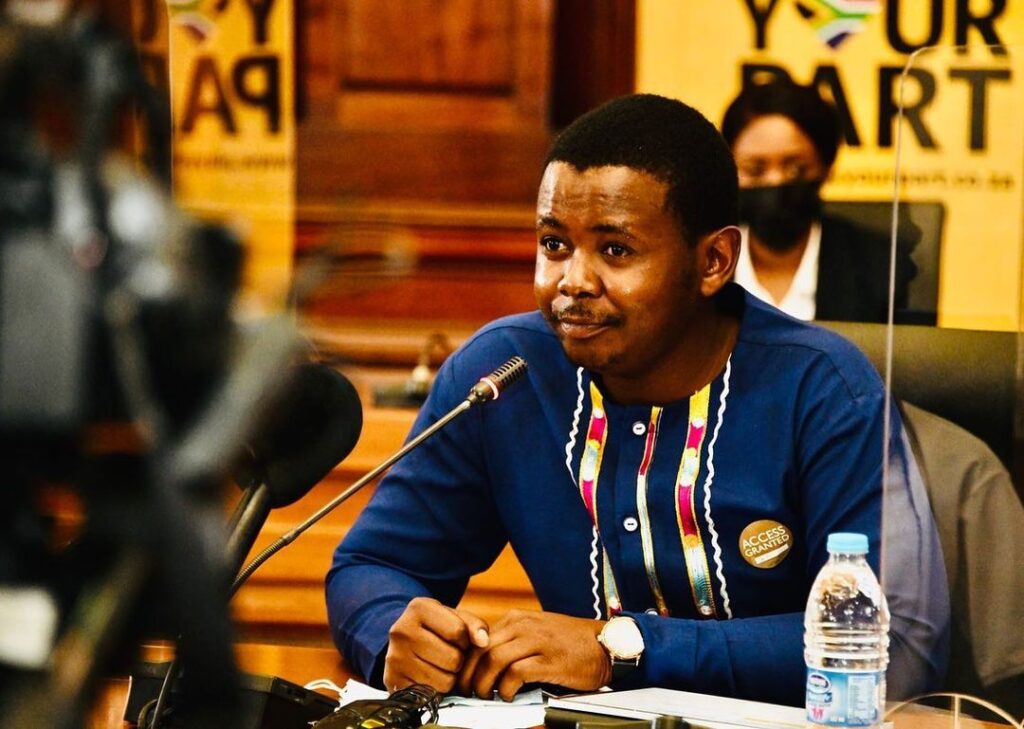 Image of Cornet Mamabolo at what appears to be a press conference. 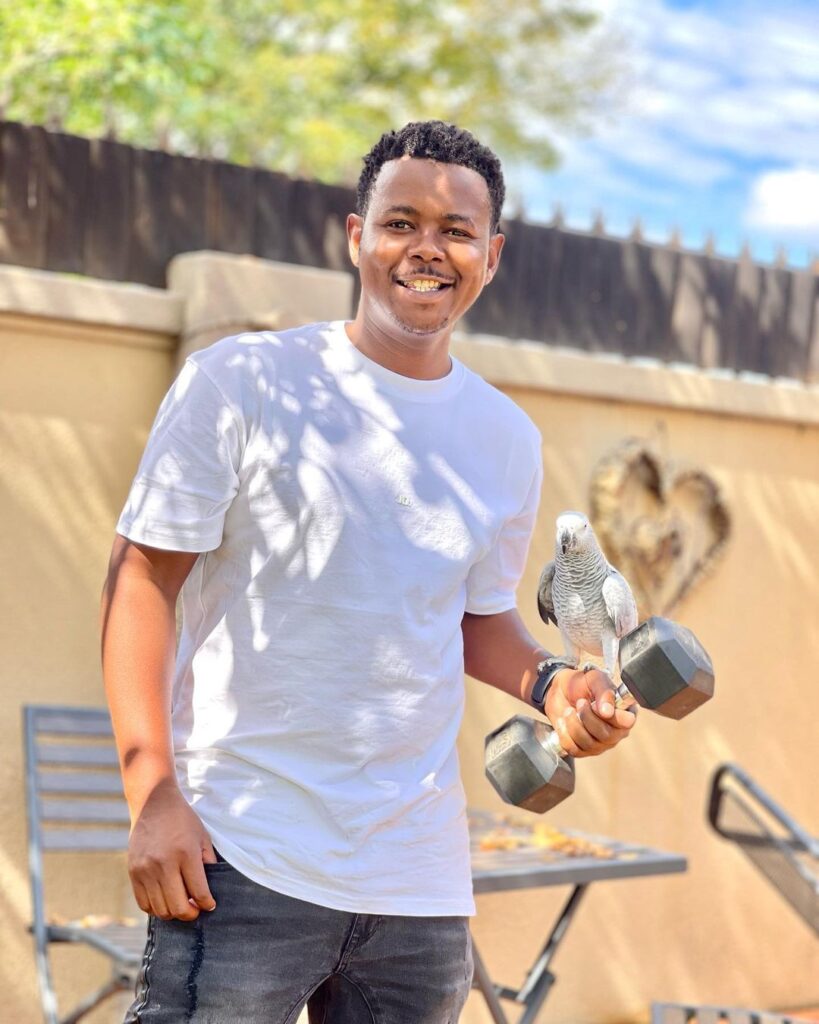 Cornet was born in Limpopo and attended Eqinisweni Secondary School. Where he was consistently involved in school activities. Moreover, he remembers wanting to be a performer or biotechnologist when he was little. But, he says his mom told him he wanted to be a doctor. After matriculating, Mamabolo studied for a Bachelor of Arts, Dramatic Arts at the University of Witwatersrand. [ ¹]

However, due to financial exclusion, he couldn’t finish his course. And was forced to drop out. But that didn’t end it for him, he then pursued TV acting shortly after. Which, he knew nothing about. Which ended up working out him as he landed the role of T’bose on Skeem Saam. A role he played for more than a decade.

Aside from his career feats, Mamabolo is a father of 2 daughter. Namely, Omphile and Lesedi Mamabolo. He loves his daughters a lot and has been quoted fatherhood was the “greatest role he ever has to play”. Moreover, Thabiso married his baby mama in real life. As was on the show.

Mamabolo is family man as far as he is concerned. Calling fatherhood the greatest role he will ever play. The actor is blessed with two daughters and in his free time. That’s where you will find him.

Moreover, Cornet’s favourite movie is The Pursuit of Happyness. And, his favourite actor is Phillip Tipo Thindisa. Furthermore, his best TV show is Death of a Queen. He enjoys reading humour and identity stories. Cornet’s biggest dream is to be recognised as an international performing arts practitioner for theatre and screen.

Which gave him the necessary experience and knowledge to the business. According to Mamabolo, he started seeing the loopholes in the insurance business. And, instead of correcting them he saw it better to start his own business. With better policies that do not marginalize older people. And, that caters more to people’s needs than to profitable gains. [ ²] 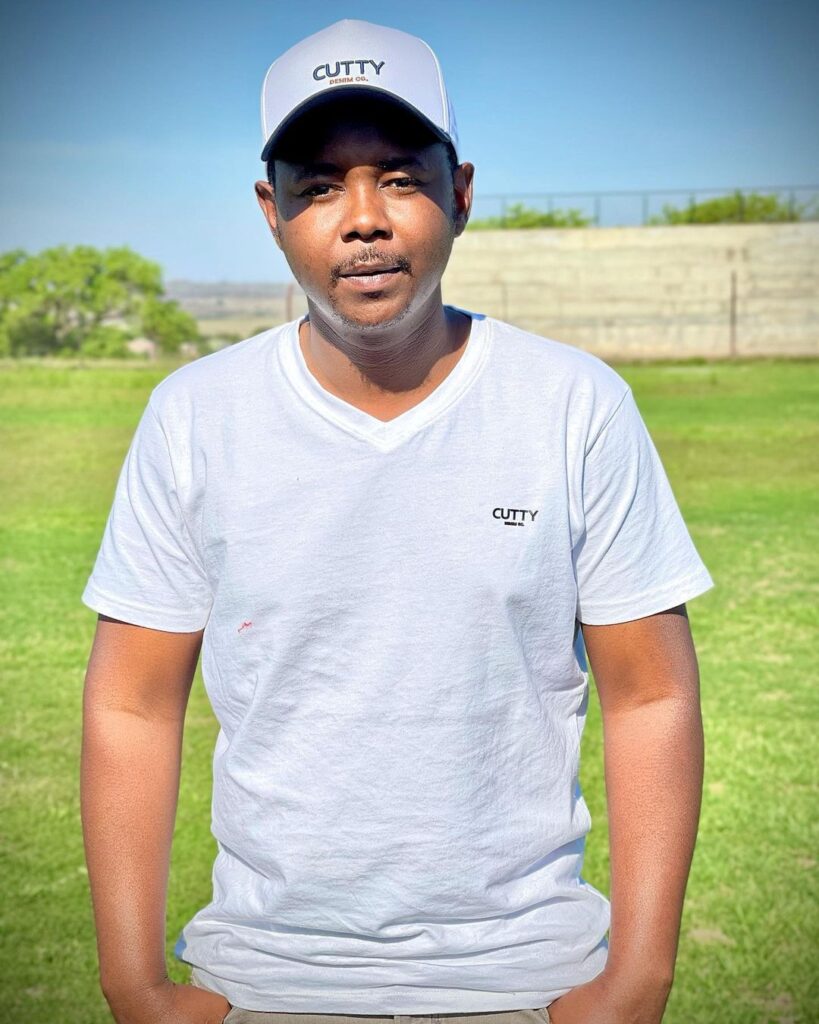 He began performing arts in 2005 during high school, starting with community theatre in Ivory Park, Tembisa and then moved onto mainstream theatre two years later.

Achievement highlights in Cornet’s life include being nominated best male poet and most promising actor while at Wits, a certificate of leadership at high school, and most promising student in performing arts and movement at Wits University in Dramatic Arts Department.

Cornet grew up with his grandmother, uncles and aunts. He was the only grandson at the time. He moved to Johannesburg in 2004 to stay with his parents. Aubrey Sekhabi is Cornet’s inspiration as “he is a very creative and intelligent playwright and director.

His craft reflects on issues affecting ordinary people. He never disappoints me when it comes to producing great art. He is just the best.” In his spare time Cornet supports theatre performances, writes plays and short stories.

He has a foundation that focusses on revamping rural education. By, travelling to rural areas around the country to provide schools with necessities. Such as books, stationery and even libraries. Moreover, Mamabolo was going to communities and schools to motivate people. He also went to jails to encourage inmates. Every time Cornet went home, he would see his peers.

However, he was sad to see how some of them had succumbed to drug abuse. So, he told himself that he would do his best to make a change in the rural areas. That’s when he created the foundation to help schools and communities.

He realized that rural students were more underprivileged. As compared to those in the townships and so, he wanted to focus on them for the time being. Furthermore, his foundation is working on building a centre in Limpopo. However it will take time because they are funding themselves.