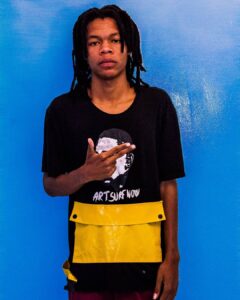 Clive Manjalima, born 25 September 1999, is a Zimbabwean born Zimdance hall singer and artist. He is well known by his stage name as Kapfupi yut. Born and bred in Epworth, Harare, and also being the son of Freddy Kapfupi Manjalima and his mother Precious Kabrito, being in music industry isn’t a surprise to Zimbabwe.

Growing up and Clive’s inspiration 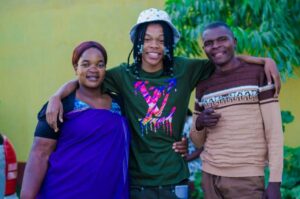 Clive Manjalima grew up in Epworth, he would accompany his father when he goes to perform around Harare. During those times, his father would give him a microphone to sing with him, this is where Clive Manjalima developed the love for music.

“I started singing at a very young age, but back then my parents did think it was serious and I remember getting a short time to perform during my father’s sets, but it was all for fun,” said Kapfupi yut. 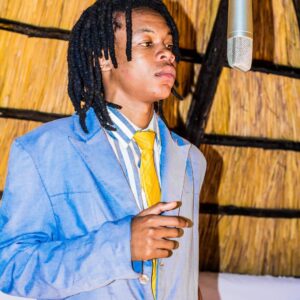 Kapfupi yut began to take music seriously when he was 16 years old in 2017. He had just finished his form four studies and his parents saw that he was serious so they started to support him.

The young man doesn’t hide that he is walking in his father’s footsteps. He do agree that his multi-award winning comedian and musician father, awakened the creativity in him. The dreadlock Kapfupi yut also draws his inspiration from the Zim dancehall star WinkyD.

He was signed by Dr Bond Entertainment

In 2020, Kapfupi yut or Clive Manjalima was signed by Dr Bond Entertainment, he hope’s that this record label will take him to greater heights.

“I met Dr Bond Entertainment last year and so far our journey has been great and I believe this is the team that will help me launch an impactful career.l because they’re motivated to help me climb up the ladder.” Said Clive.[1]

The upcoming Zimdance hall musician has released singles collection and his first official album. Most of his music is found on YouTube and on his Facebook page, “Kapfupi yut official”. Some of his songs are embedded below. In march 2021 he released his new Ep called “Bhoo!! Takadaro” with songs such as Bhoo Takadaro, KaStep, Ndangariro, Ndivhurei Maziso and I’m sorry, you can stream or buy his music on all online stores such iTunes Apple music, Spotify, Amazon music, Tidal and Deezer.