Candice Derman who was born on 26 November 1974, is a 47-year-old actress, presenter and author. She is best known for her starring role on Generations as Blue and for starring as Samantha Young on Scandal! e.tv soapie opera. 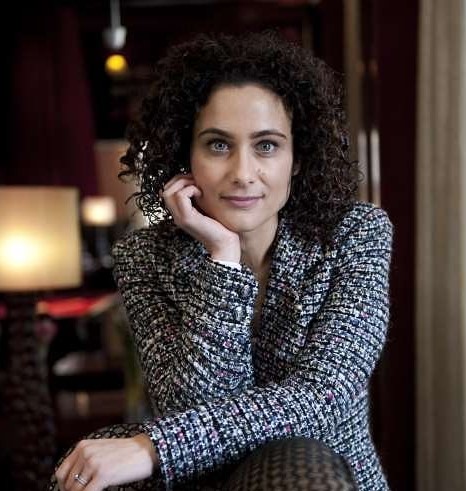 Image of Candice Derman who plays Samantha from Scandal

Candice Derman was born on 26 November 1974 in Johannesburg, Gauteng Province in South Africa. She fell in love with acting at a very young age. So, she started acting at the age of 7 until to date. In 2011 news reports it was revealed that Derman was molested sexually by her stepfather from the age of 8 until the age of 14.

Her step father was later arrested after she had spoken out and he received a two year sentence. She wrote all the details of what happens during her painful childhood in her autobiography: Indescribable; Its Easy To Keep a Bad Secret. Her intentions for the autobiography was to let the world know that abuses exist and shouldn’t be ignored.[1]

Where did Candice Derman obtained her education?

Candice obtained her education from Johannesburg School of The Arts. She studied and graduated with a Drama degree.

She started acting at a very young age of 7 but she launched her career in 1995 when she made her debut for Pieter Toerien Productions as Tess Goode in The Sisters Rosensweig. In 1998 she hosted the M-Net live show Live@Five. Her television work includes Dyna Jets for KTV, Tell Tale Heart for BBC TV, Legend of the Hidden City and Oracle, which Candice presented.

She starred in quite a number of television serials. This include starring as Stephanie on e.tv soapie opera Backstage and as Samantha Young on Scandal! She also landed a starring role on long running Sabc1 television series Generations playing the role of Blue.

She is an expressive author

Candice is an Author of books and real life stories. In 2011 she published an autobiography called Indescribable: Its Easy To Keep a Bad Secret. In it she paints a detailed picture of the trauma she went through as a child when she was abused almost daily by her stepfather.

“When you have a story to tell and its inside of you, I think it’s very important to do it one day,” Derman says. “I always felt I couldn’t ignore my past, although my present is so fantastic.” She said. She also wanted to let people know that it (abuse) can happen. “I didn’t want to be idle, and just live a good life, and not do something that, for me, was really important.”

“We hear about (paedophilia) so often, but we don’t hear about what it looks like. I think it’s really important for people to be faced with it. In my book, I’m showing the horror of abuse, which is very important to me. Abuse is horrific; it’s horrific what happens to a child, and I wasn’t going to run away from it.” [2]

Personal life of Candice: To whom is she married? Know more of her personal life.

Candice Derman is married to Thought24 chief executive Jonathan Harris. There are no details as yet of her children or other family members.