Jessica Nomalanga Shozi (born 1994) is a South African actor, radio DJ and TV Personality . She appeared on the soap Rhythm City as Nomalanga. As well as on the MTV Shuga Alone Together. And, she is also the host for BET Africa. 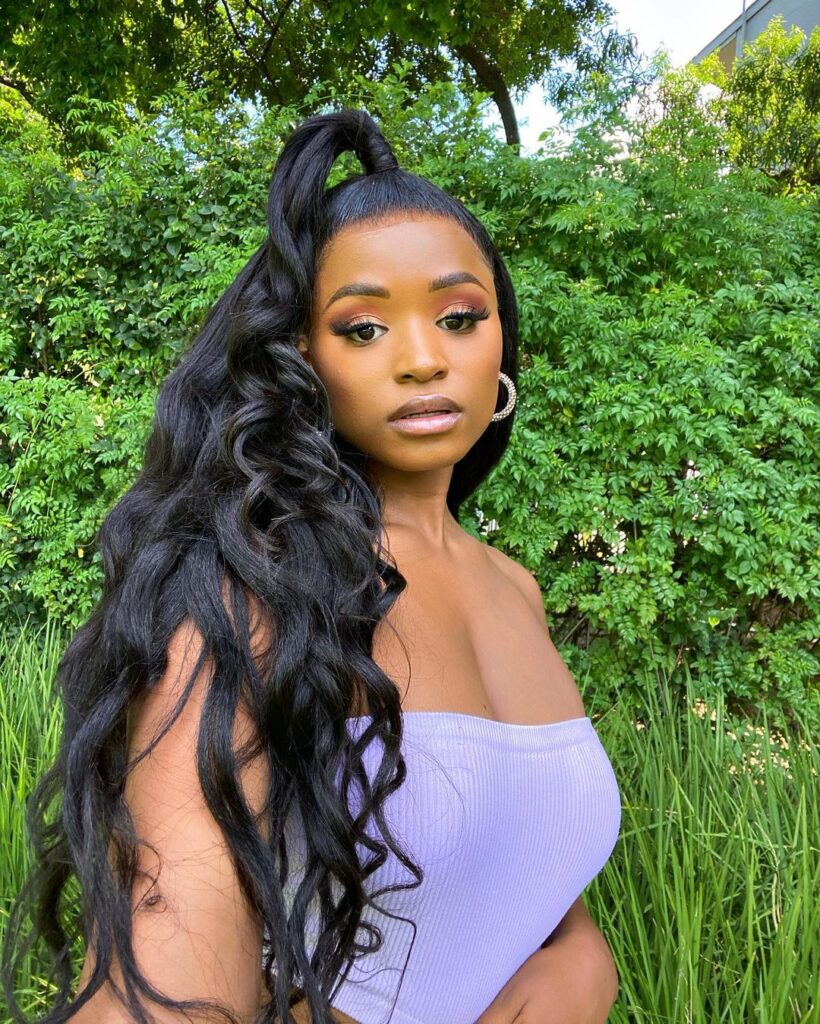 Nomalanga Shozi was born on the 12th of July in 1994 and she was brought up in Port Shep stone, in KwaZulu-Natal. Where she had 12 siblings. So, it’s a pretty big family she came from. However, not much about her siblings is known or how she grew up. As she has not much disclosed these things about her upbringing.

She was educated at Marburg Secondary School and Rosebank College where she graduated in Public Relations. Thereafter, she worked as a radio DJ. This is all that is currently known of Nomalanga’s education thus far. So, as you can see, she has no acting related training. It’s purely opportunity and talent. 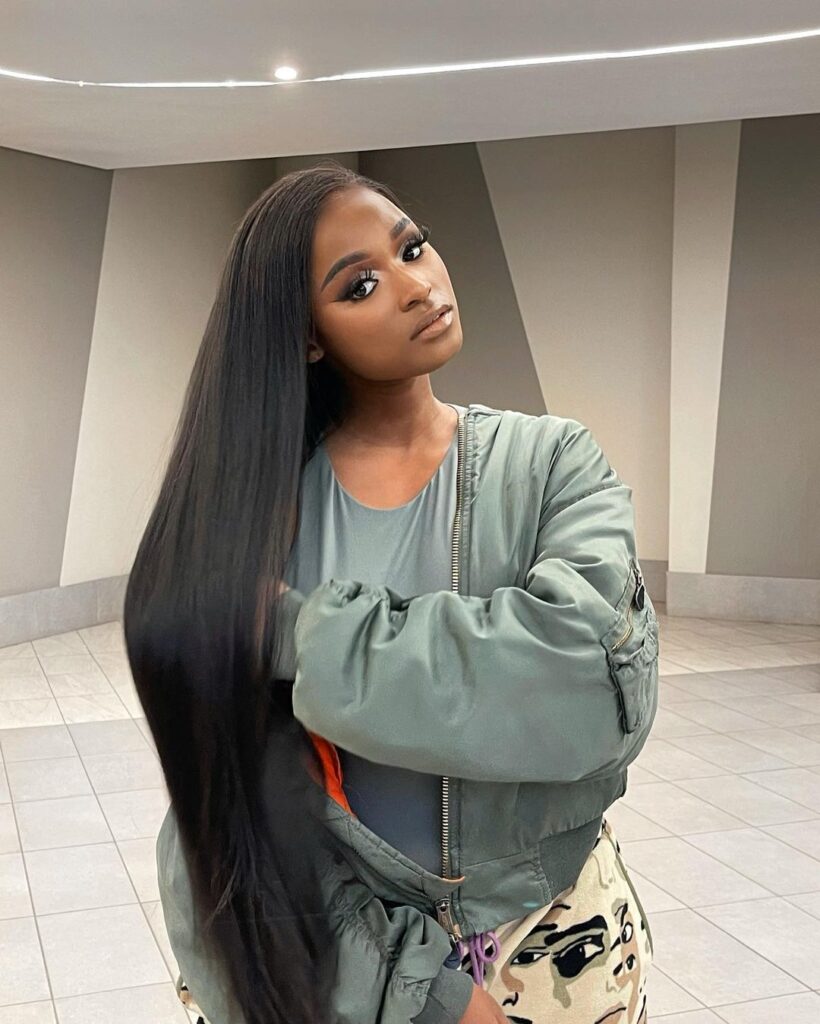 There is no information on Nomalanga’s personal relationships. She really keeps it private. However, there is some false information on websites like thecityceleb.com which claim she is dating Zolani. Zolani in reality was a fictional character played by Melusi Mbele on Rhythm City. In which he was playing her boy friend. But he isn’t her boy friend in real life. Her real life partner(s) is unknown.

Her actual height isn’t really known. However, after some juxtapositional calculations. We can reasonably place her height at around 1.76m or so. As can be seen from both her pictures with actors whose heights are known. She is really taller, she was even taller than Melusi Mbele when she was on Rhythm City.

According to thecityceleb.com, she is worth $200 000 as of 2022. A figure which is not to be taken as her bank balance but an estimated value of the assets she has accrued to date. Note that her actual net worth might be higher than this but less likely to be lower. 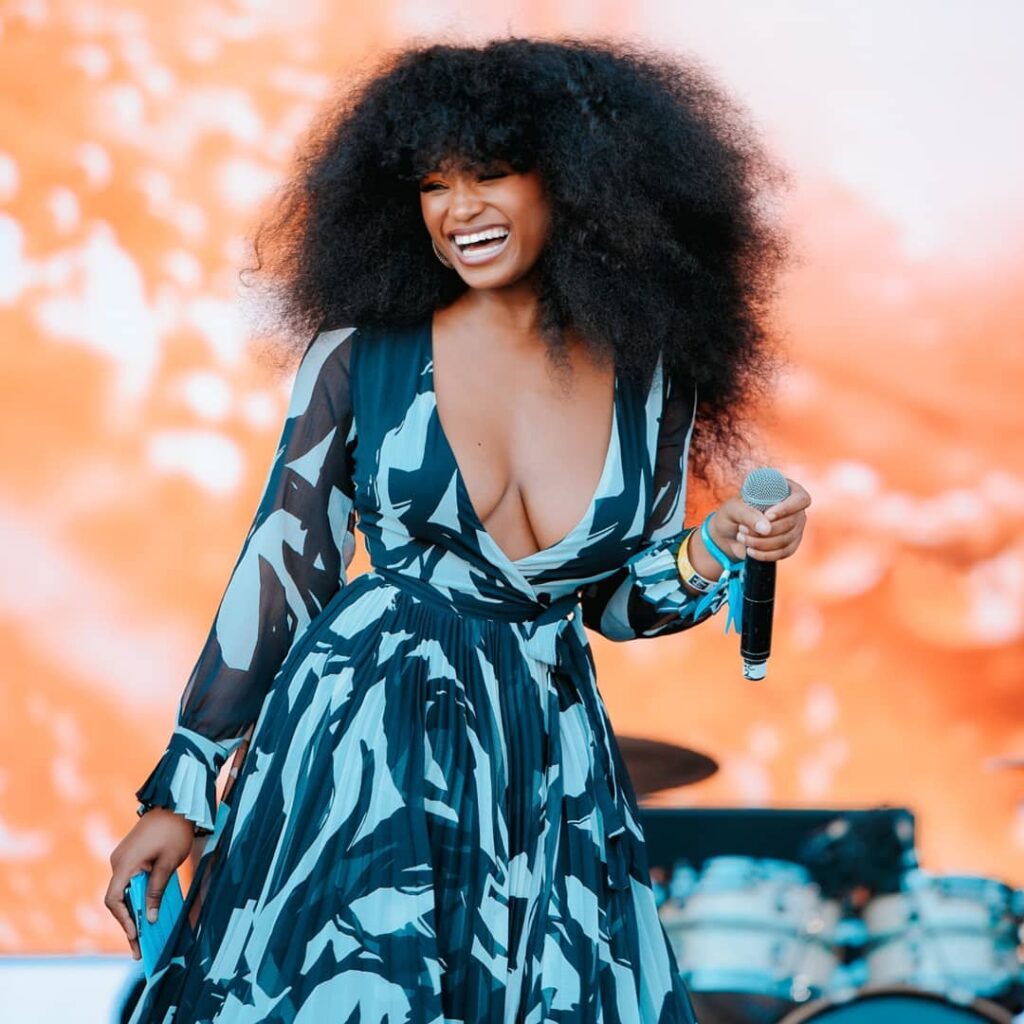 A stunning image of Nomalanga Shozi on stage.

Shozi came to notice when she joined the e.tv series Rhythm City. She was the successful candidate chosen from public auditions that attracted 5,000 on-line applications. She was asked to play the eponymous role of Normalanga. A new character whose father is a veteran turned mining magnate.

She went to Las Vegas to cover the backstage and red carpet of the 2018 “BET Soul Train Awards” and in November 2018 it was announced that she would host BET Breaks – a new magazine programme made in, and about Africa. In 2020 she appeared as Mbali on MTV Shuga’s Alone Together highlighting the problems of the COVID-19 pandemic.

The show was written by Tunde Aladese and Nkiru Njoku.  and broadcast for 70 nights – its backers include the United Nations. The series was based in Nigeria, South Africa, Kenya and Côte d’Ivoire and the story will be explained with on-line conversations between the characters. All of the filming will be done by the actors who include Mohau Cele, Lerato Walaza and Jemima Osunde.

As the lockdown was eased in 2020 during the COVID-19 pandemic was eased in South Africa, Shozi’s car was involved in a collision. This was just after alcohol was allowed again to be legally sold and Shozi said that the driver was drunk.