Ayanda Nhlangothi is a 39-year-old actress and singer popularly known for contesting on first season of the M-Net reality competition singing show Idols. 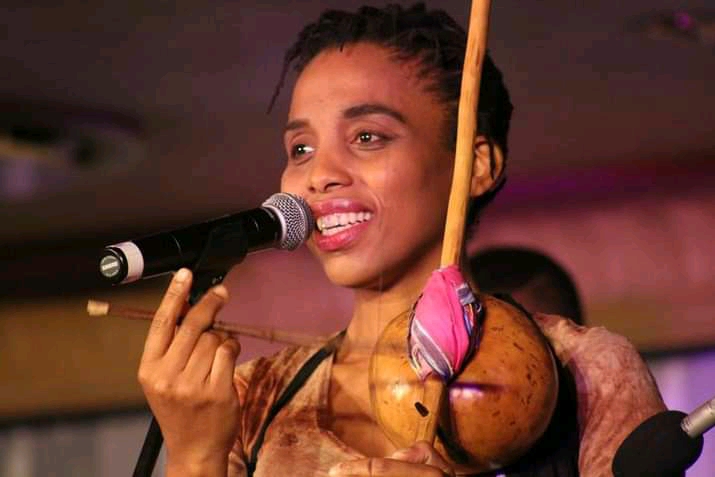 Image of Ma’Dladla from the Wife by Ayanda. On this pic she was performing on stage.

Early age of Ayanda Nhlangothi: Where and When was she born?

Ayanda Nhlangothi was born on 15 June 1982 in KwaMashu, KwaZulu Natal Province in South Africa. She relocated to Gauteng Province at the age of seven and lived with her mother and older brother in Malvern, in Johannesburg. She fell in love with music at a tender age of seven and she never looked back.

Ayanda was raised in a family with music background?

Ayanda was raised in a family with rich music back ground. Her mother is a singer and has been singing with Mango Groove for many years, her father is a drummer and her brother is a sound engineer. Her aunt’s name is Tu Nokwe, the legendary South African traditional artist who trained Ayanda as her vocal coach. She also founded and owns the school where Ayanda got her formal musical education.

Education and training of Ayanda Nhlangothi

She enrolled at Amajika (Youth and Children Arts) the very school founded by her aunt where she received her formal education in music. She was trained as a production manager and artistic director. 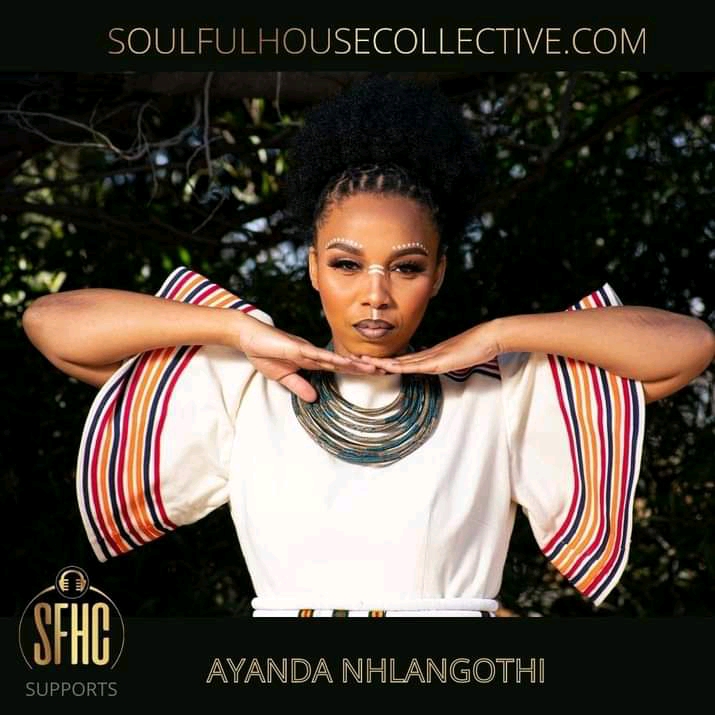 Ayanda N Nokwe, a cover picture foe one of her music collections.

Aya Nhlangothi began her career while still studying at Amajika training centre when she was featured in jazz bands as a vocalist. Then she was featured on a compilation album for Rights Africa. In 2002 she joined the first season of M-Net reality competition singing show Idols as one of the contestants. She managed to enter into the top 11 of Idols with a song “Something inside so strong” by The Flying Pickets. [¹]

Ayanda has got a long history of nearly two decades to three decades in the music and acting industry. In 1992 she made her debut appearance in acting when she played the role of Thulani on a musical drama called Sarafina. The drama was based on South African teenagers fight against apartheid in the Soweto Uprising. [²]

After that she appeared on Erfsondes Season 6 as Thandeka and on Ifalakhe season 1 as Mvelenhle. In 2021 she landed a role on Mzansi Magic drama Hlomu The Wife Cast – Showmax telenovela as Ma’Dladla the twins’ mother.

She loves to spend time with her family and her favourite food is Amasi and Pasta. Her favourite artists who probably inspired her are; India Arie, Jill Scott and Nina Simone. When asked what does she do before going to bed she said she thank God. This means she believes in God. Aya is in a relationship with Kahlehong singer, actor and dancer Sebone Rangatha.