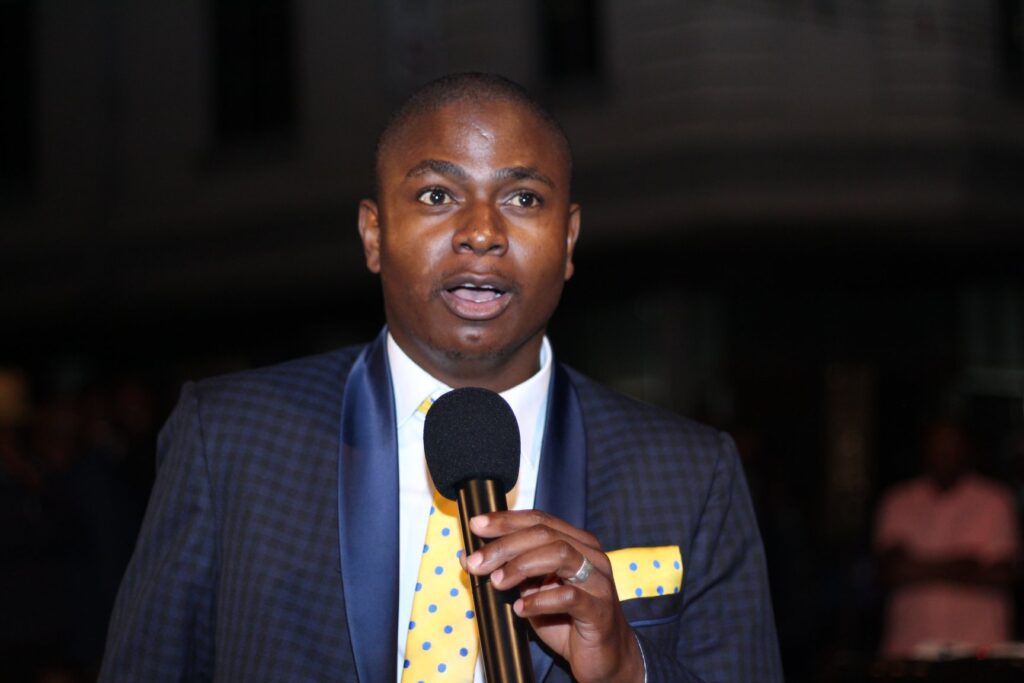 Apostle TF Chiwenga, (Talent Farai Chiwenga) is a 37-year-old Zimbabwean clergyman, apologist and preacher. He was born on 2 April 1985 in Wedza village, Mashonaland East in Zimbabwe. He is the founder of Apostle TF Chiwenga ministry or co-founder of Jesus Revelation Ministry. Others came to know Farai Chiwenga for criticizing other preachers, government officials and leaders of opposition parties in his sermons. TF Chiwenga grew up in Wedza, his rural home. He is a cousin to the Vice president of Zimbabwe Constantino Chiwenga. Talent Farai Chiwenga was married to Rejoice Jerina Chiwenga-Chidemo and they were blessed with two children. 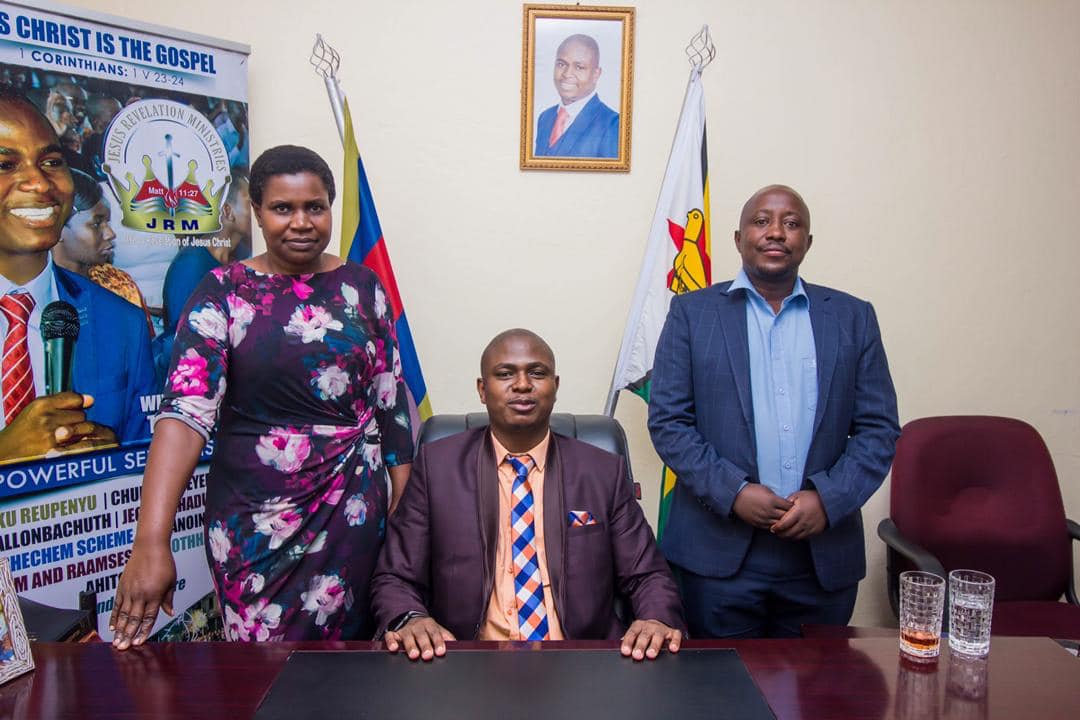 Apostle TF Chiwenga started his ministry in 2014. He started by preaching at Gomba, first street, Harare. His sermons involved criticizing other preachers in terms of doctrine. He heavily criticized them, emphasizing with scriptures that these preachers are preaching heresy and should repent. Some of the most famous preachers he proved to be false include ECG founder Shepherd Bushiri, Emanuel Makandiwa, Apostle Guti and the so called Prophet Magaya.

As much as he is known for criticizing, he is also known for prophesizing. He once gave a prophesy of two coffins which is believed to have threatened the life of the Vice president. So, the vice president Constantino sought to kill him using government terror squad and security agency.

Before the first accident the man of God suspected that the government of Zimbabwe was seeking to kill him. These suspicions started off in Hwedza, in his home village when his cousin Constantino Chiwenga tried to use his body guards and army soldiers to abduct Chiwenga. Luckily they were stopped by other family members because it was a family meeting so they stopped the army saying they shouldn’t get involved in family matters of the Chiwengas.

After these abduction threats to his cousin, Mr Vice president Chiwenga went public to warn and threaten Apostle Chiwenga to stop preaching against others and to stop criticizing others. Retired General Constantino Chiwenga must have felt threaten by the prophecy of two coffins so he warns his prophet cousin Chiwenga. He warned him when he was speaking at a gathering he was hosting at his rural homestead.

“There are others who are now calling themselves prophets. Aripo uyo anonzi ani, Talent. That should come to an end today. Zvatoperera pano. We don’t have that culture where one moves around attacking leaders under the guise of preaching the word of God.

God does not say move around attacking other people. We want people to go to church and pray to God. This habit of using the name of the church to extort money is not good. How can you say that on the one hand you are practicing satanism and on the other you say you are a prophet, what kind of a prophecy is that? It’s not good and we don’t want that,” he said.

So after that, the man of God Talent Farai Chiwenga wrote a letter (dated 27 May 2019) to President E.D Mnangagwa requesting protection from the government because he was receiving threats from anonymous phone calls to stop rebuking the Zimbabwean government of abusing and violating human rights. TF Chiwenga believes that his cousin, Constantino Chiwenga was involved.

The latter read as followers:

“RE: Request for a meeting with his Excellency the president

Greetings to Your Excellency Sir, my name is Apostle Talent Farai Chiwenga, and I am eagerly requesting to meet with you in person so that I can share with you the counsel that God has given me regarding your administration.

I once wrote a letter making the same request to meet with you on 10 October 2018, and I have attached the copy of the same, and I dropped it to one of your employees Mr Felix S Maburutse. I am a preacher of the Gospel of Jesus Christ and our ministry is situated at the above mentioned address here in Harare Zimbabwe.

There is no nation that can develop, prosper and have peace without listening to the voice of God. In the spirit of the national dialogue gospel you are preaching these days Sir, it is my hope that ten minutes to the work that you are currently doing.

And while you have been interacting with so many religious leaders since you took office, I would want to tell you Sir, without mincing my words; that you can only hear God’s opinion regarding you, your administration and the nation of Zimbabwe when you give me audience. While everything around you may give you all reasons to snub this request, but it is wise to hear what you do not usually hear, because it may be your only chance to the truth, objective awakening and repentance. 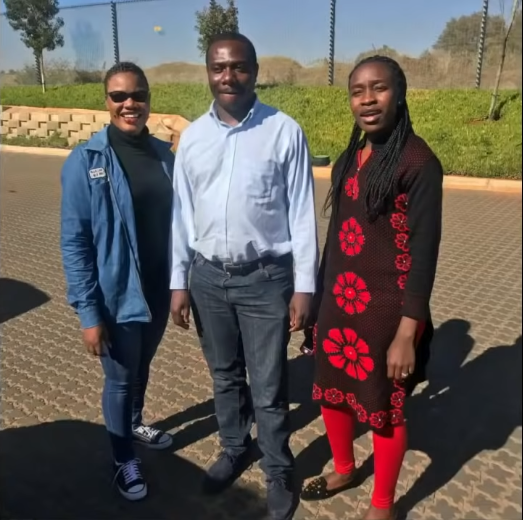 “…after passing the Masvingo toll gate, a truck forced me out of the road just after the first toll gate after Masvingo, as I was trying to avoid a head on collision, I lost control of my car and it over turned many times throwing most of the people who were on passenger seats out of the car while it was still overturning, because of that my wife died on the spot…I want specify and to say right now that brother Eugene did not die because of the wounds he sustained on the accident, he was murdered after the accident, ” said TF Chiwenga. 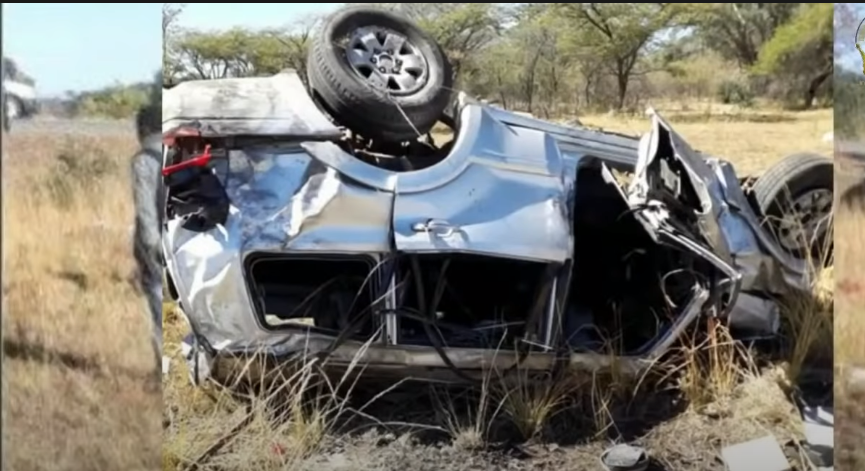 The astonishing part is; the head on collision accident happened in a one-way road which connects Bulawayo and Harare. This, Chiwenga said is the evidence that Mr Madzingira was sent to disturb Chiwenga so that people could say, ‘he had an accident in one-way road, he didn’t know how to drive.’ 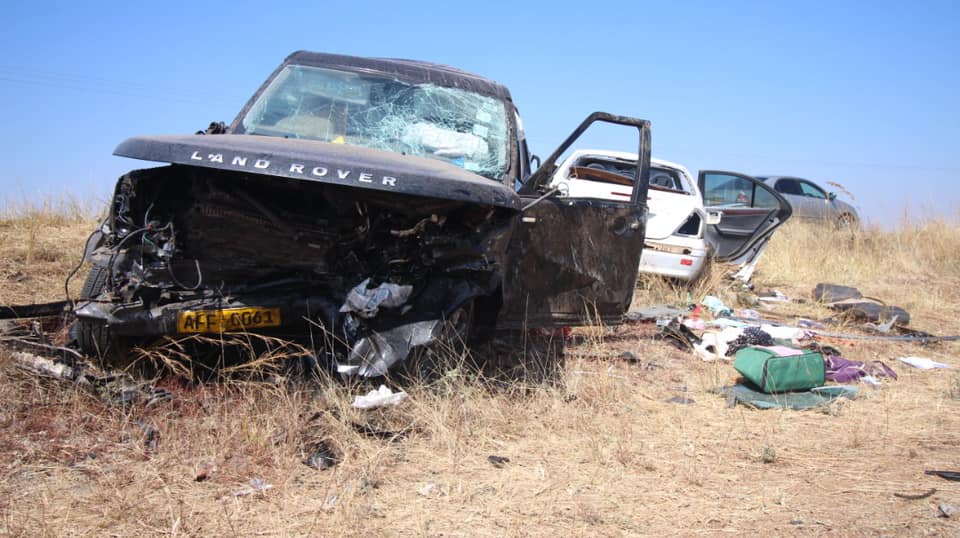 Jesus Revelation Ministry released a statement after the second accident, it reads as follows:

The statement said the cause of the car accident was unknown but was a “well-calculated intentional plan to murder Apostle Chiwenga in a brutal car crash.”[4]

“We haven’t gotten the details yet pertaining to the causes of the accident but what we confirmed is that all the brethren involved were urgently ferried to medical centres for treatment,” the statement reads.

“As Jesus Revelation Ministries, we are not surprised by the developments of this planned murder as pre-empted in the public statement by Apostle T F Chiwenga exposing an operation by the government to abduct and murder him.”

“We seek to notify the whole family of Jesus Revelation Ministries in Zimbabwe and abroad, the Nation of Zimbabwe at large, and the whole world in general, that Apostle T F Chiwenga and the two brethren were involved in a car accident on 13 July 2020 at around 1930 hours while travelling from Harare along Bulawayo road.

“The evidence on the scene shows a dismal collision steered by the driver of the Mercedes Benz which was travelling against the one-way traffic in the highway. Apostle T F Chiwenga was quickly taken from the scene of the accident and rushed to the hospital by a well-wisher.” The statement added.

An appeal to stop assassination attempts

On the first of April 2021, Jesus Revelation Ministry began the advocacy month in which Apostle Chiwenga was reminding the president of Zimbabwe the constitution and the rights of Zimbabweans which Apostle claimed he (the president) violated several times. In this program of advocacy month, Jesus Revelation Ministry is making an appeal to Zimbabwean government on behalf of Apostle Chiwenga, that the government of Zimbabwe and ZanuPF should stop assassination attempts against Apostle Chiwenga. The appeal extends on all Zimbabweans, that every Zimbabwean has a right to life and freedom of speech.

In this advocacy month, Apostle Chiwenga is asking all Zimbabweans to make an appeal by recording a video of not more than 90 seconds and sent it to JesusisChristjrm@gmail.com (send a video of 90seconds mentioning your name and advocating for Apostle Chiwenga, telling vice president and president Mnangagwa to stop attempts to kill Apostle Chiwenga.)