Akhona Ndlovu, born in 1997 (age – 24 years old), is a South African Actor, Director and Script writer well known for his debut television role of Herbert on Diep City. All the way from Durban, Akhona started in theatres but his dream of being on tv has come true.

Image of Akhona Ndlovu who plays Herbert on Diep City 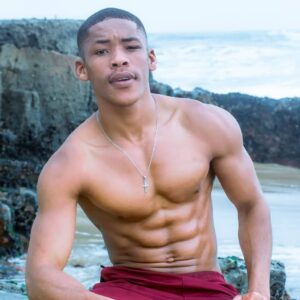 Akhona as Herbert on Diep City

Akhona Ndlovu is a 24 years old South African actor born in 1997 in Durban, KwaZulu Natal province in South Africa. He would be a part of festivals in KwaMashu and things became difficult when he started attending screen auditions and he would be rejected. He ended up thinking maybe he should give up because things became quiet after and his family convinced him to get a job.

“I started working at food retailers working the till. I didn’t love what I did so I would leave jobs because I was unhappy.” Said Akhona.

Akhona attended Creative Arts College where he graduated with Diploma in performing arts and production techniques, he started doing theatre plays with some of the students he was studying with. 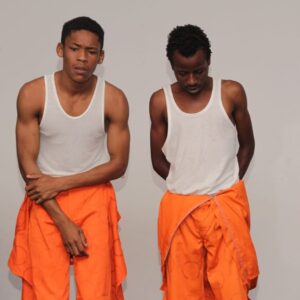 After finishing his studies at Creative Arts College, Akhona acted in many theatres acquiring all the necessary experience. He then went for auditions at different places but he was rejected. His family adviced him to find a job but he didn’t enjoy working a job he never dreamt of. Instead of following his family’s advice, he would prefer to stay at home with his acting qualifications.

This bad luck or losing streak ended when he auditioned for Mandla N and he was impressed by Akhona’s acting skills. So Akhona later received a call long after he had forgotten about the auditions. He was called to come to Johannesburg to portray Herbert, his current role on Diep City. ¹

Akhona plays Herbert, an ordinary young man who inherited his uncle’s Spaza shop. He hasn’t spent much time in Diepsloot and often finds himself falling prey to township gangsters who want him to pay a protection fee for the Spaza shop. Herbert is also deeply in love with his high school crush Nonkululeko (Nox), played by Nozuko Ncayiyane.

Akhona is a Director

Akhona Ndlovu is also a director and wishes to use his director skills in the future.

Get to Herbert from Diep City in real life