Africa Tsoai (born 4 July 1967) is a South African actor and businessman. He is best known for the role of Tsokotla on the soap opera, Mokgonyana Mmatswale. As well as playing John Maputla on Skeem Saam. In the year 2022, Africa turned 55 years old. 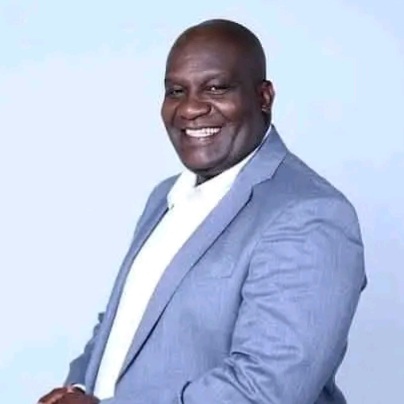 Africa Tsoai is a South African actor best known for his role as Mr. Maputla in the SABC1 drama series Skeem Saam. He was was born in Hebron-Graskop in Mpumalanga, a place just below God’s Window. However, Tsoai grew up with his granny, uncles, cousins and extended families as parents. As a result of his own parents being predominantly absent.

The eldest of two boys, Tsoai was born in Graskop but raised in Meadowlands, Soweto. He fell in love with acting in high school between 1980 and 1985. After graduating from high school, he began modeling and appeared in television commercials. At the same time, he appeared as an extra in a number of military films shot in South Africa. Tsoai has collaborated with well-known actors such as Joey Ford, Ronnie Isaacs, Peter Fonda, and Isaac Mavimbela.

However, his big acting break came in 1989. When he was cast in local drama Dawson Goes Home. From there, the roles came flowing as he worked closely with former Safritel – SABC’s in-house production arm. Which helmed many local shows.

If you ever wondered why Tsoai vanished from TV screens for over 10 years. Before his acting comeback on Skeem Saam? That’s because he had a huge squabble with Safritel. Which in turn left him disillusioned and quitting acting.

“I had given up on acting. My tiff with Safritel was a big thing and because I’m not a media person no-one got to hear about it,” Tsoai is quoted saying.

After matriculating, Africa studied graphic design at Rudolph College in Johannesburg. He was a self-taught fine arts enthusiast, and got his diploma in 1989. Thereafter, he did a sound engineering course at Inhouse Records in Randburg in 2000. 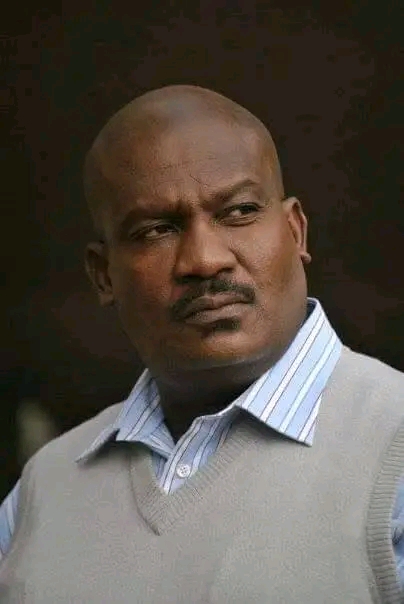 Highlights of Africa’s career include starting his small business in 1996. His showbiz highlights include ramp work as a model, photographic stills. And, extensive extra work in international movies and SABC dramas. Moreover, behind the scenes he is involved in music, transportation, voice overs, translating, producing and copywriting.

Related: Sthembiso Khoza , a look into the actor’s controversies and life journey, GBV and more

Africa has four children. His grandmother is his inspiration; she always gave very good advice. He gets angry when people take advantage of him. Moreover, Tsoai has plenty of unfulfilled ambitions and is not afraid of anything. In life, he knows death and disappointment are ‘for sure’. His only regrets not saving more money.

Africa finds his joy in reading about nature conservation. Because, unlike most things, this brings his mind back to reality. When asked what he would do if granted three wishes. Tsoai said they would be “to be healthy, wealthy and have lots of respect.”

In An interview with the Sowetan. Tsoai warned the Sowetan that he was not a “media person”. And that he was nervous to be speaking with them. Although he was initially guarded, he gradually relaxed along the interviewe. And welcomed us into his world. Africa is a man who does not use social media and does not use emojis. And, has spent years unsuccessfully attempting to deactivate a bogus Facebook account posing as his.

When Tsoai was trending on Twitter as a result of his Skeem Saam storyline, he didn’t know. According to Tsoai, he was only hearing youngsters telling that he was “trending”. At the time he was allegedly trending right behind Jacob Zuma. He was however happy that people were receiving the storyline.

He is also a taxi boss owning his own taxi business

Because of his nuanced portrayal of the casanova characters of John Maputla and Tsokotla, Africa Tsoai is more than just the original TV playboy.

Aside from Skeem Saam and Mokgonyana Mmatswale, not much is known about the 53-year-old actor’s fascinating life on Google. During a heartfelt conversation, the Sowetan discovered that he’d been a taxiowner for more than 20 years.

Getting away from the small screen Tsoai has led a private life, avoiding media interviews for the majority of his 30-year entertainment career. But everything changes when he gets on the phone with me, fresh from filming a scene for Skeem Saam.

During his acting hiatus Tsoai focused on his career as a businessman. He’s been a taxi owner for over 20 years. And, he’s a member of the Dorljota Taxi Association in Roodepoort on the West Rand.

However, this information was concealed from the public as a result of his anti-social media life. Furthermore, he has cautioned on the dangers of the taxi industry. Saying he always has to look over his shoulder. And, was “grateful to God” he was still alive.