Getting into interracial relationships and marriages used to be a crime that deserved a jail time during apartheid. But now all that has changed and everyone has a right to marry whosoever they want whenever they want. And many celebrities have done just that, they’ve married to white ladies while they’re black or they’ve married black women while they’re white themselves.

So, we are going to discuss seven black male celebrities who married to white ladies. 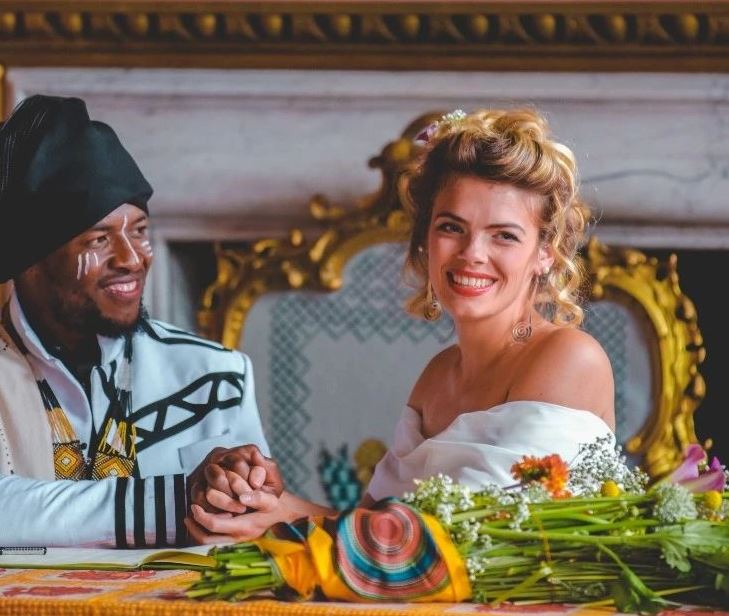 Nyaniso Dzedze, a South African actor, choreographer and dancer, is married to a German white woman Yana Seidl Dzedze. They tied a knot in 2018. In 2021 the couple were blessed with a baby and were talking about how they want their child to resemble both their cultures.

“We have been accommodating of each other’s differences, but one thing she has given me is the openness to want to honour my culture, and one thing I have given her is the same thing. When we have kids, I want them to know German-English culture and language and also know English and Xhosa culture,” Nyaniso said in an Instagram Live.

Nyaniso also spoke about how people were not comfortable about their interracial marriage. He started by noticing white people who resented their relationship then he realized that there were other black people who had the same issue. 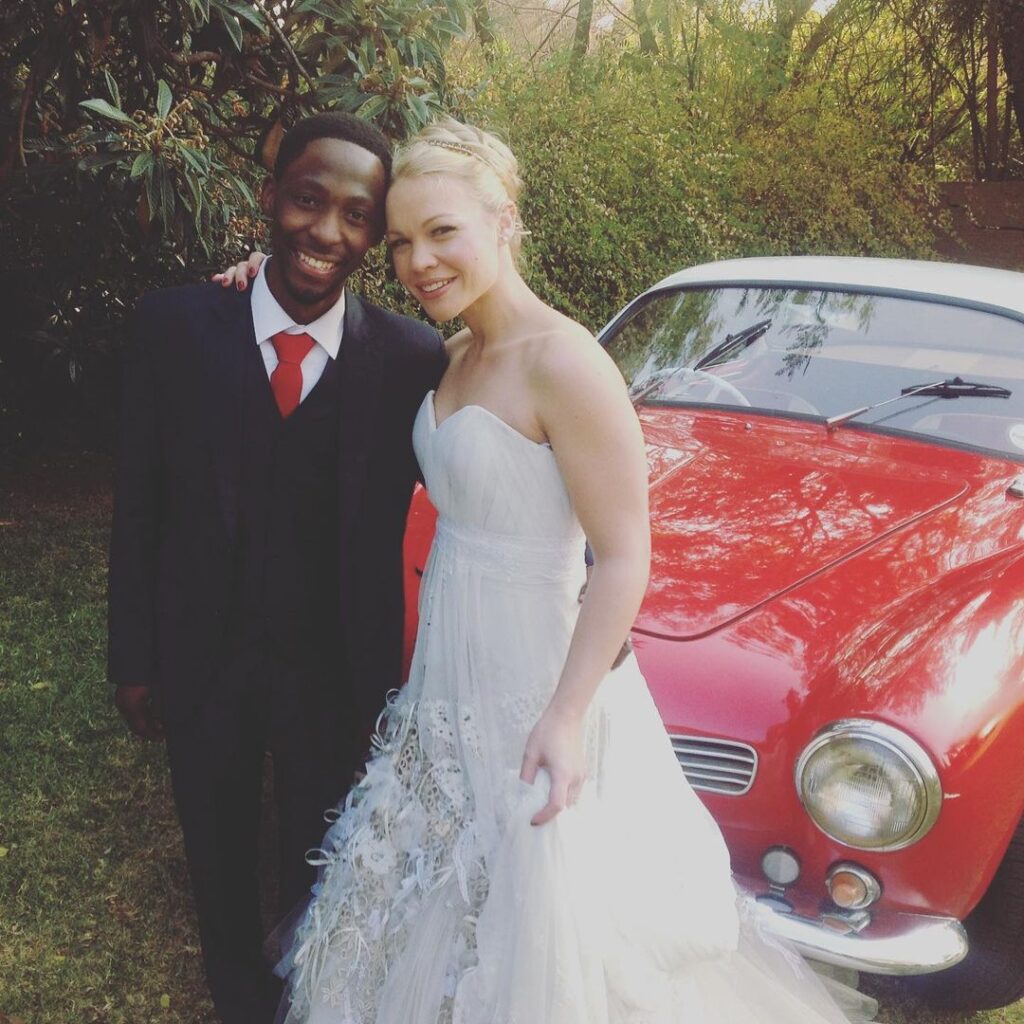 image of Wandile Molebatsi and his wife Jane Molebatsi. He is one of the celebs who married white ladies.

Wandile Molebatsi is a South African actor and producer well known for Scandal, Diamond city and for starring in Hear me Move. He is in a interracial marriage with a white woman by the name of Jessica Jane.

His wife Jessica is a fashion designer and is such a best adviser for Wandile. They were married in 2013 and were blessed with two children. Molebatsi said his wife Jessica had a major role in naming their children, their son’s name is Elijah Arona and their daughter’s name is Onalenna Bianca.

Wandile wants his children to experience real love and he will raise his children the way he was raised. He recalled that when Elijah was born, he and his wife had to work overtime to maintain and afford baby supplies.

Number three is Benni McCarthy whose wife is Stacey Munro

Image of Bennie McCarthy whose wife is Stacey Munro.

Benedict Saul “Benni” McCarthy is a South African coach and former footballer. In May 2014, McCarthy married Scottish model Stacey Munro. Together, they have one daughter, Lima Rose and one son, Lio Romero, born in 2019. Bennie was previously married to Maria Santos and they were blessed with three children.

The number of his children was increased after marrying Stacey with who he had two daughters. This means Bennie has got five children altogether. 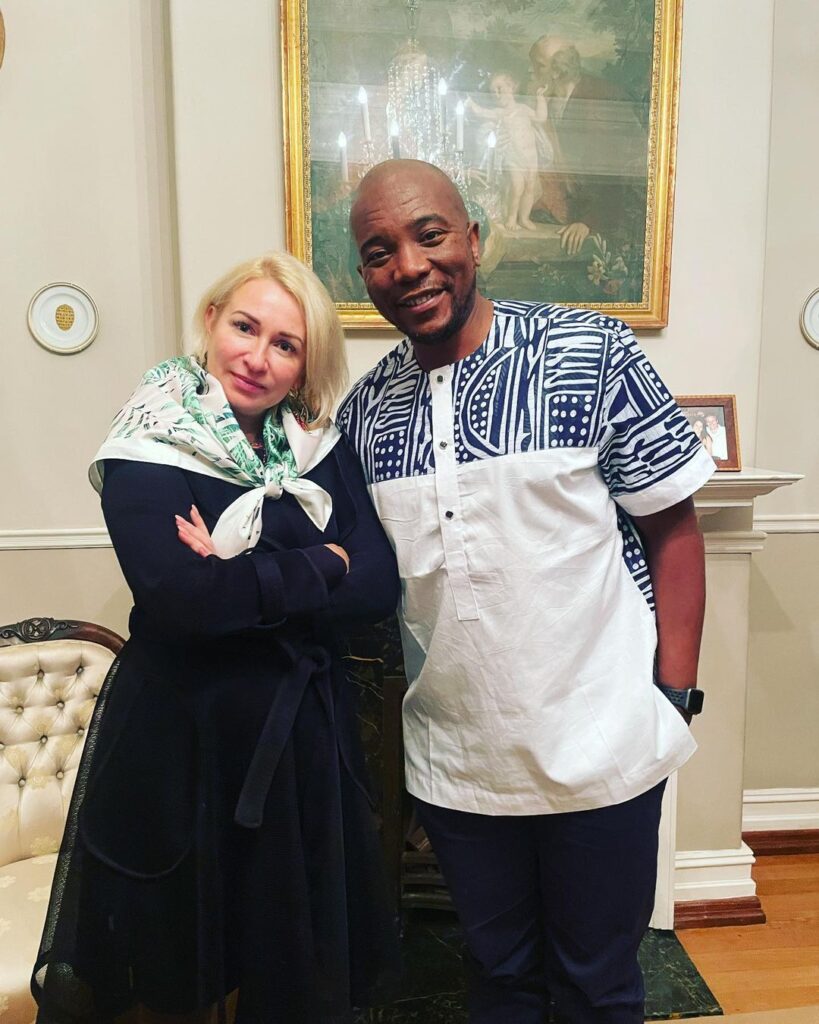 Image of Mmusi Maimanea and his Wife!

Mmusi Aloysias Maimane is a South African politician, businessman, the former Leader of South Africa’s opposition Democratic Alliance political party from 10 May 2015 to 23 October 2019. The former DA leader is married to Natalie Maimane. The two tied a knot in 2005 and have been happily married. They were blessed with three children in the course of their union.

When asked about being in interracial marriage and they coped, Mmusi replied by saying laughter is the answer. “We laugh, I think it sounds simplistic, but I wish someone had told me that earlier on because sometimes we take everything seriously. Laughing means we have a point of connection,” he said.

Siyamthanda Kolisi is a South African professional rugby union player who currently captains the South Africa national team and also the Cell C Sharks. In 2016, Siya got married to Rachel Kolisi. His wife is older than he is by a year, she hails from Grahamstown. The union is blessed with three children; Nicholas Siyamthanda (son) and Keziah (daughter). [1] 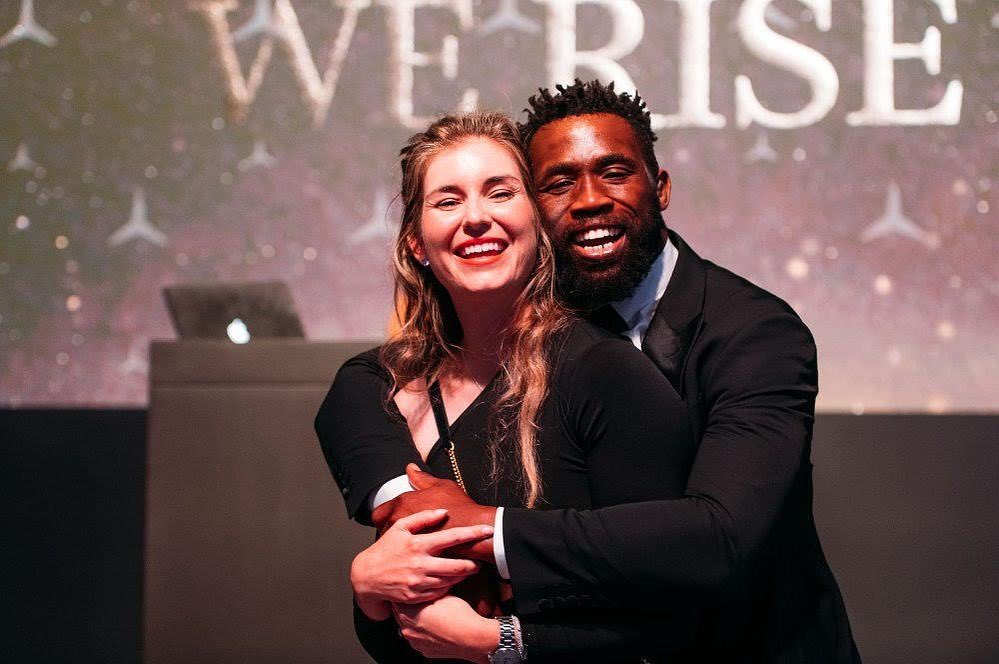 Image of Siya Kolisi and his wife Rachel Kolisi.