Homosexuality has been a serious offense before, and could even result in excommunication. And even today homesexual people are still treated somewhat unfairly by the community or their own parents. Making it hard for them to come out. In this article we will cover 10 South African actress you didn’t know were Lesbian. 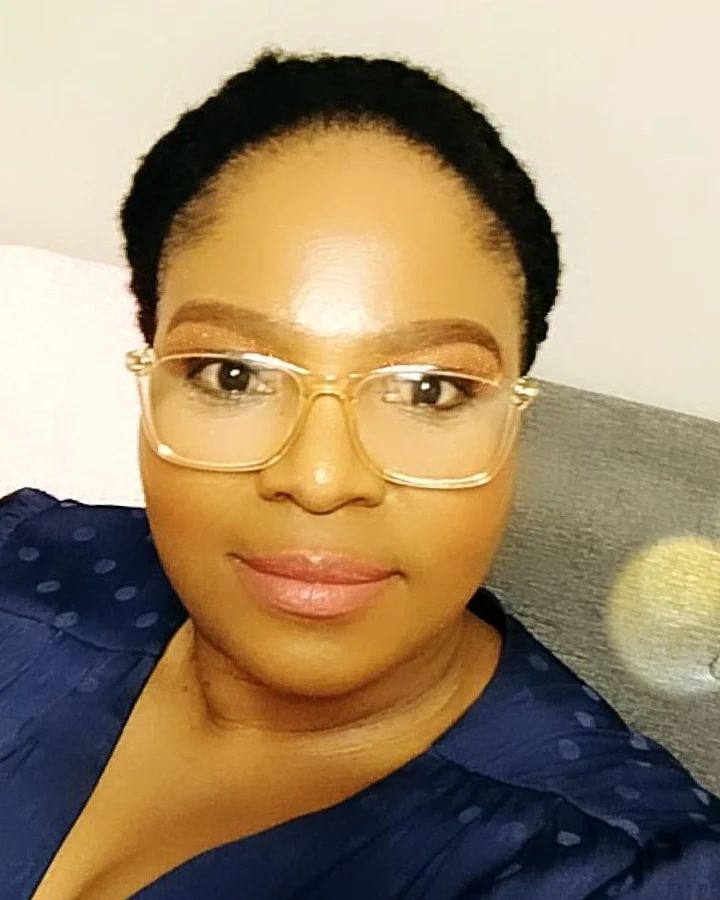 Image of Slindile Nodangala who played Mam Blossom in Rhythm City. She is one of South African actresses who are Lesbian.

Actress Slindile is known for playing the doting wife on shows like Rhythm City as Mam Blossom and Scandal as Nomvula Kubeka. However, In real life she is actually lesbian.The star was revealed to have been in a relationship with KZN actress Phumelele Mthombeni. Slindile allegedly left her when she moved to Johannesburg for her career. The publication also revealed that she was seeing other women in the city. [1]

Who is Robert Whitehead the actor? Know his childhood, career, Idris Elba co-starring and age

2. Buthelezi Nomsa is one of actresses who are lesbian 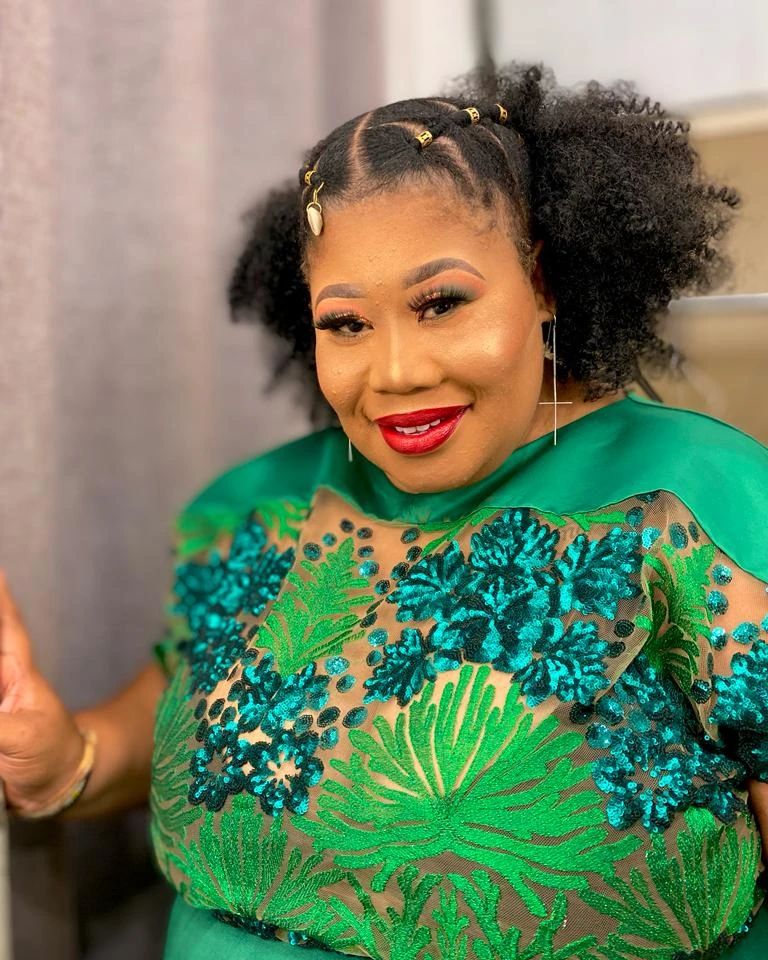 Image of Buthelezi Nomsa is one of Mzansi actresses who are lesbian.

The actress and TV personality left her fans astounded when she resorted to social media to publish a photo of a woman she was dating. Many people were surprised to learn that Nomsa dated women and had children. She eventually said hsr vows with a woman named Zandile Shezi. Whom she remains married to, to this day.

Initially, she was dated to Unathi Ndondzwana, who died after suffered a stroke in 2013. She is a lesbian and married to longtime partner Zandile Shezi, where the wedding was celebrated on 28 September 2019 at a ceremony in Alexandra, Johannesburg. She has two children: Olwethu, Lindi. [1]

3.Mandisa Nduna is one of the actresses who are lesbian 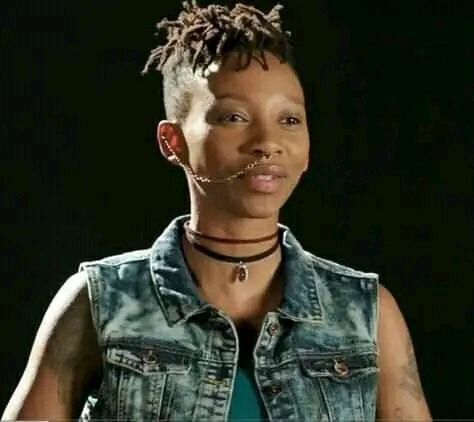 Image of Mandisa Nduna. She is a lesbian in real life.

Mandisa Nduna is a South African actress best known for her starring role as Thuli in the eKasi+ drama series Hustle. She first rose to fame as one of the final four contestants on the second season of the SABC1 reality competition series Class Act, in 2011. [2]

While most people thought the actor identified as straight. Recent reports have revealed that the actress was gay. And, was in a relationship with Thishiwe Ziqupu. The couple drove south africa insane and even won an award for the cutest couple of the year at one time.

But, things didn’t go so well and on 2nd of October 2020 the couple broke the news. According to the couple, they had separated for a while. But had only decided it was about time they announced it. So they don’t mislead anyone. 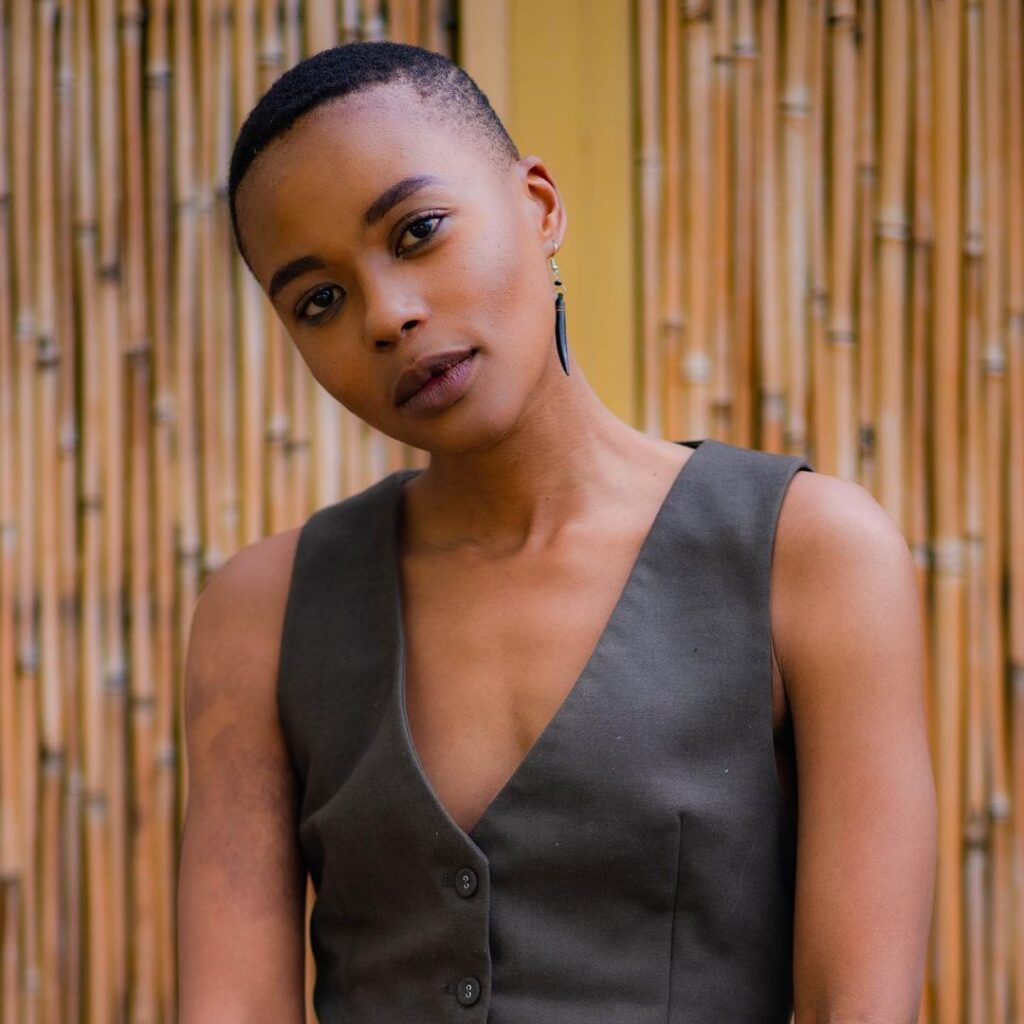 Thishiwe Ziqubu is one of South African actresses who are lesbians.

The actor said her father said she didn’t need to explain herself or her sexuality.

“When I tried to come out to my father he told me to shut up and passed me a drink. Like why [are] you explaining yourself, bro? I like you and I like your girlfriend so ngcela ungdluliseli idash [please pass me a dash]. So grateful for this guy. Mama left me in good hands,”

In another tweet, Thishiwe said her experience with acceptance and openness from her father was proof that people have no excuse for being homophobic.

This, she said, should not even be blamed on a person’s background or a lack of knowledge, because her father had limited opportunities and education but did not use this to discriminate against her.

“You have no excuse for being homophobic- not your background, nothing. I never had to educate my father on nothing,”

5. Simphiwe Dana is one of the actresses who are lesbian

Image of Simphiwe Dana an actress who is a lesbian.

Dana Simphiwe is a South African TV personality, singer-songwriter. In the fields of jazz, Afro-soul, rap and traditional music. Who rose to fame after the release of her first album, Zandisile, in 2004.

Simphiwe Dana came out as gay in November 2020. And, she’s engaged to Pumeza Matshikiza. She (then) said that she has been keeping her sexuality a secret for far too long. And had felt it was about time to come out of the closet. “I’ve been holding this in since forever. I’m gay.” 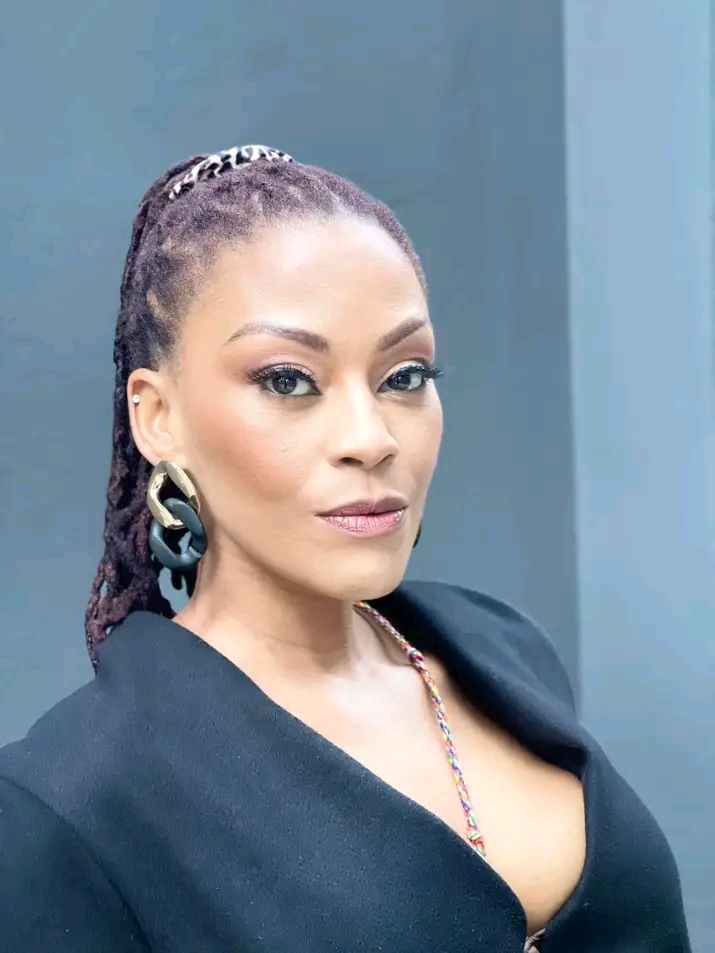 Image of Latoya Makhene who is a lesbian in real life.

The latest celebrity to come out as gay is actress Letoya Makhene. The South Africa singer, actress, and television personality took to Instagram to let the world know that she is in a relationship with another woman. This comes after Sunday World’s weekend report: ‘Letoya lesbian lover revealed’.

Letoya posted a photo of the newspaper headline and wrote “Well, it was only a matter of time before the world found out about us @lebokeswa. Here’s to our beautiful future together, my love.” The woman Letoya is dating is Lebo Keswa.

While all this may seem like good news for her. She was dragged on social media with one troll claiming she only became lesbian because men brokw her heart many times. Of which claims she dismissed as just that, claims.

7. Tina Redman is one of the actresses who are lesbian 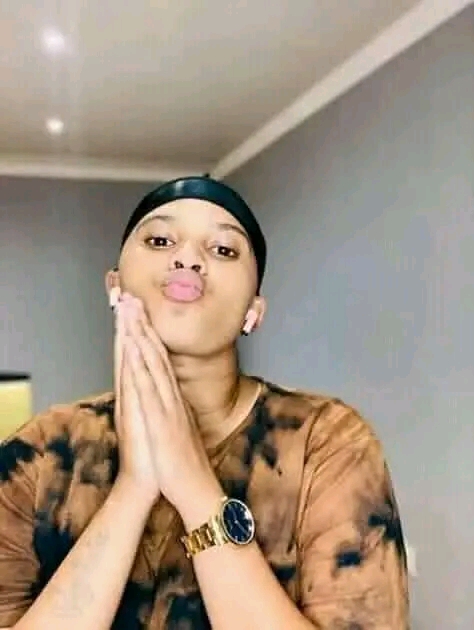 Image of Tina Redman who is a South African actress and lesbian woman as well.

We have Tina Redman who is a South African Actress. She is also a Lesbian in real life. Many people doesn’t know about her sexuality because she is acting a role as a lady.

The actress is attracted to women for real. Even they way she dresses when offscreen is obvious that she is a Lesbian. 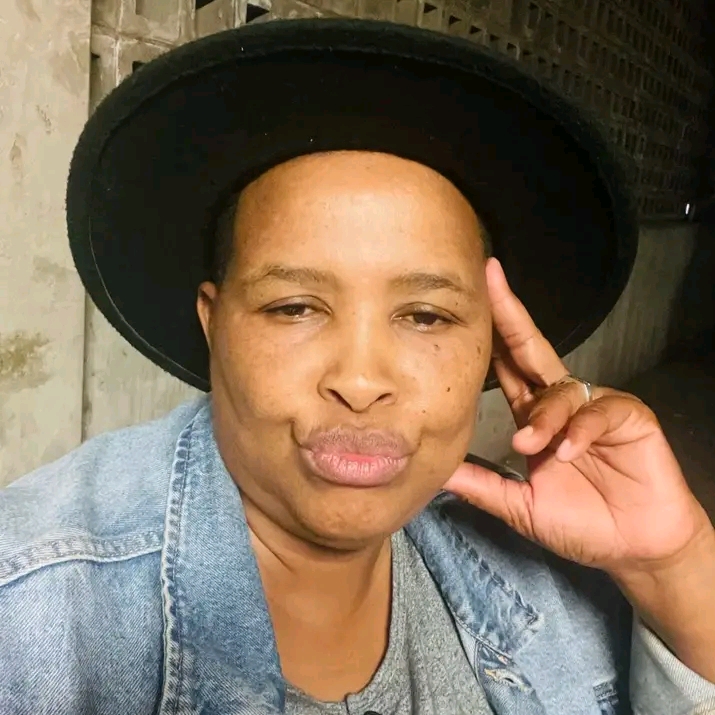 Image of Mpume Mpumi Mthombeni known as Agatha from Durban Gen. She is a lesbian too.

Mpume Mthombeni is a South African actress well known for her character Agatha on etv medical drama Durban Gen. Agatha appeared on Durban Gen as Bab’ Dlamini’s wife, a mother to Thabo and Sibusiso Dlamini therefore making her Mbali and Precious’s mother in law. Agatha is a stubborn woman who wants to control everything and everyone in her family, until everything crumbled down after a secret was revealed.

While her life on screen as Agatha is so complicated, Mpume Mthombeni is a carefree spirit in real life. The lovely actress is a lesbian and has a girlfriend. Not much is known about her girlfriend but Mpume has shared pictures of her on social media. In 2014, Mpume shared a picture of herself holding her girlfriend’s hand with a ring. 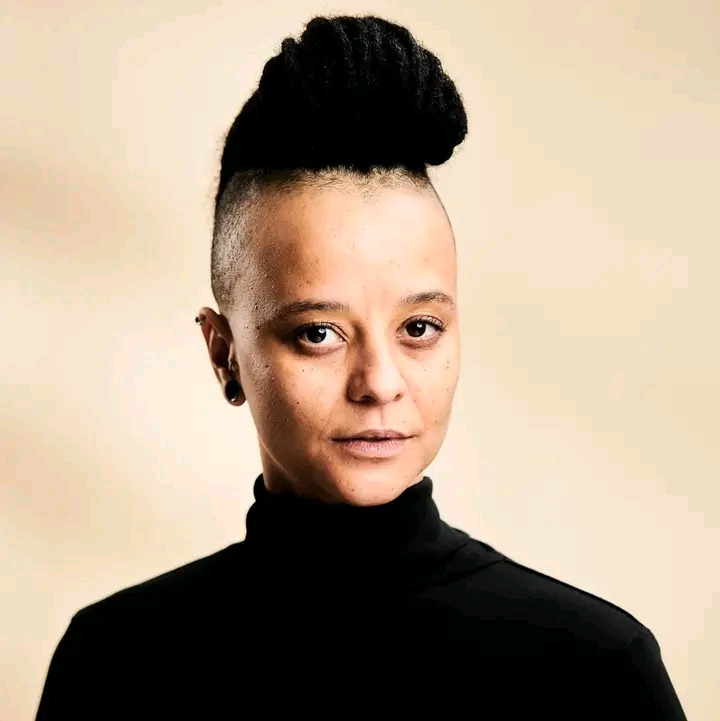 Sade Giliberti has reflected on the emotions she felt when she came out as lesbian to her father at 19-years-old.

“I remember he was so shocked and angry‚ even though I had had my 1st GF by this time‚ whom had been in our house many a time looking gay AF‚” she said.

Sade believes her father knew and just didn’t want it to be true. She added that when a magazine reported the news of her sexuality before she could officially tell people‚ she feared it would ruin her career.

“There was a possibility that this could have ‘ruined my career’. My father feared the same thing‚ more so he feared for my safety. Correctional rape had started to rear its ugly face. It didn’t ruin my career and I was in fact one of the lucky ones to have remained safe! Everyday I’m thankful for this‚” she said. [3] 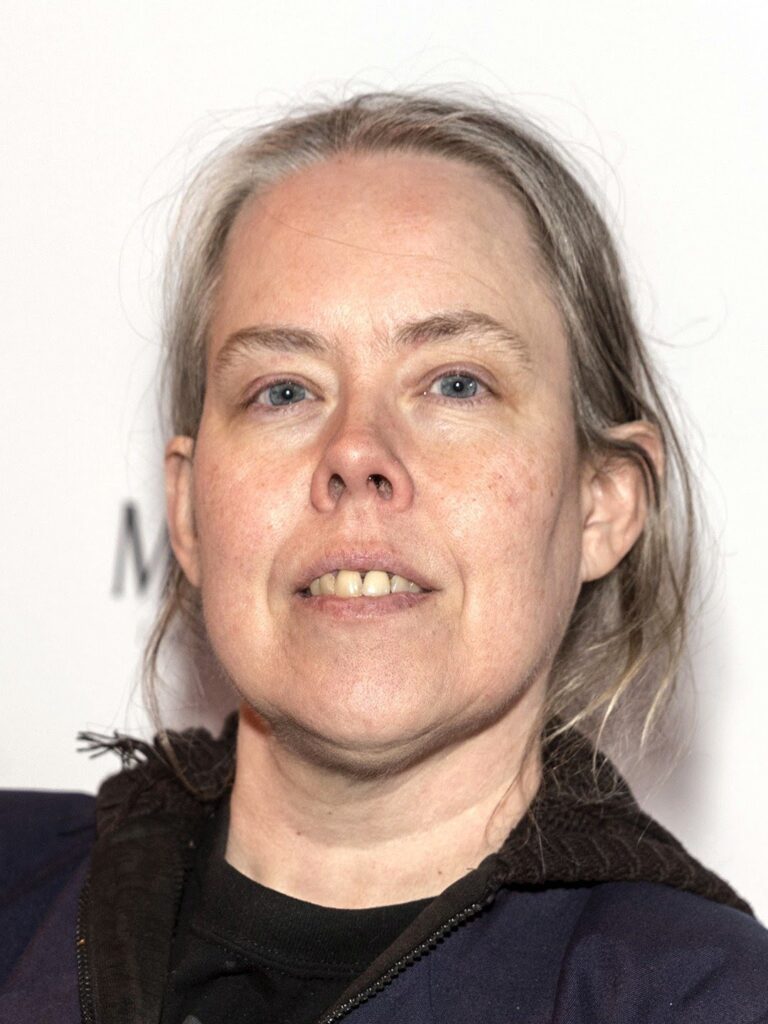 Maria Olsen (born July 22, 1966) is a South African film producer and actress known for her many roles in horror films. These include Paranormal Activity 3, The Lords of Salem, Gore Orphanage, and Starry Eyes.

Non-horror roles include Percy Jackson & the Olympians: The Lightning Thief. She also came out as Lesbian. Although details into how her experience went are not quite lucid we do know that she is lesbian.