If you are a big fan of Scandal you probably know the cast has been changed many times but Scandal never loses its taste to fans. In this post we have listed 10 Scandal actors we missed. These actors shaped our childhood and our past 15 years or so we have watched Scandal. 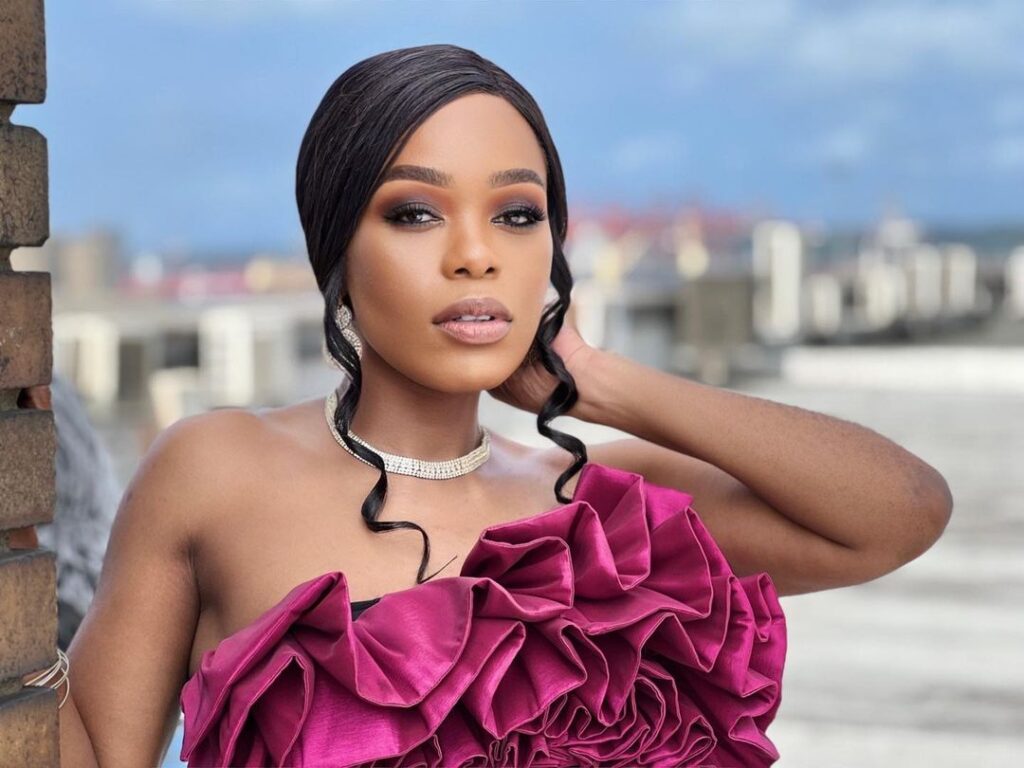 Boniswa was a character on etv drama series Scandal we loved to hate. The character was portrayed by Lusanda Mbane, a South African actress, radio presenter and entrepreneur. Boniswa Langa was a villainous character on the show, the wife of Siseko Langa, they had two children, a daughter and a son. The character was later killed in the drama after being portrayed for five years.

Fans might be wondering what is Lusanda Mbane currently doing now, what did she venture into after leaving Scandal. The star is currently pushing her movement ‘Zazi Zithande Zithembe’ to celebrate and honour women, to change the perception of what women can achieve and to create a platform for women to thrive. 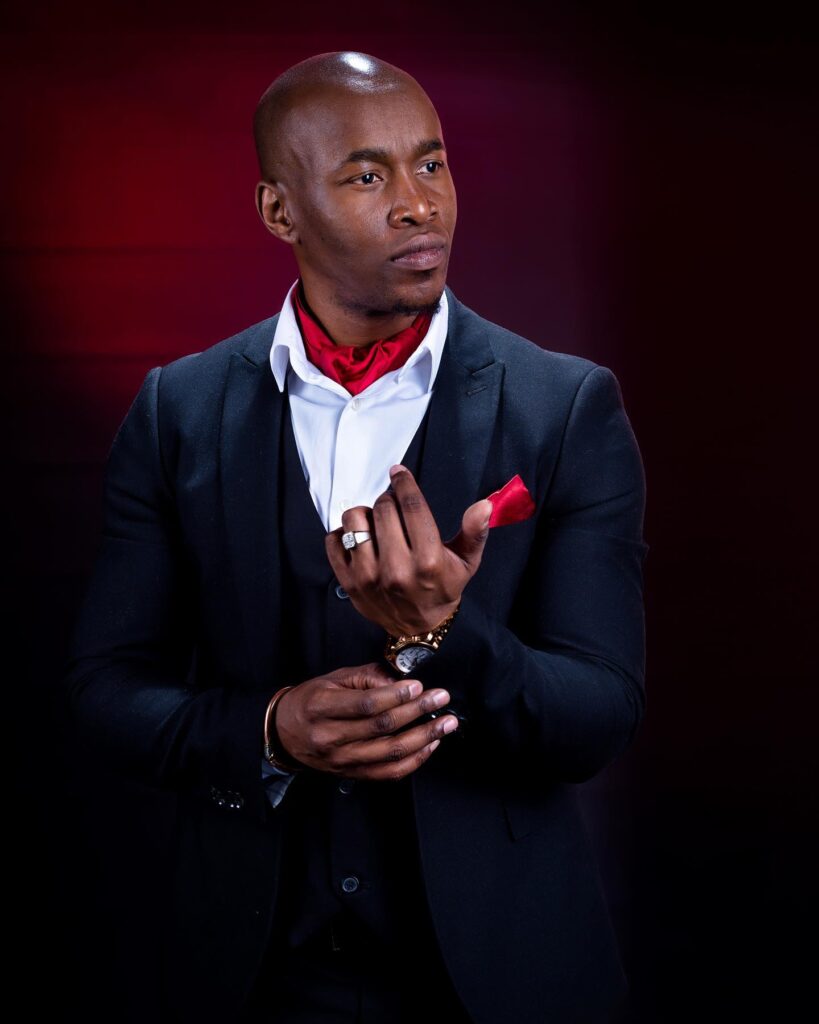 Tshepo Howza Mosese was one of those characters whom Scandal fans loved and were saddened and disappointed when he announces that he was leaving the show. On the show Tshepo played the role of a detective or police officer Lerumo Chabedi who was strict and loved his job. He was the son of Neo Mokhethi, a former ex convert who had reformed into a businessman.

In October 2021, Tshepo announced that he was leaving the show after working there for 8 years. When interviewed why he left the show, he said he wanted to go back to his first love which is music.

“I’ve thoroughly enjoyed my time on Scandal! I look forward to continuing to push myself to take on new challenges. ” He said. I am looking forward to refocusing on my first love, which is making music. I have been back in the studio for a while now, working on new material,” Mosese said. 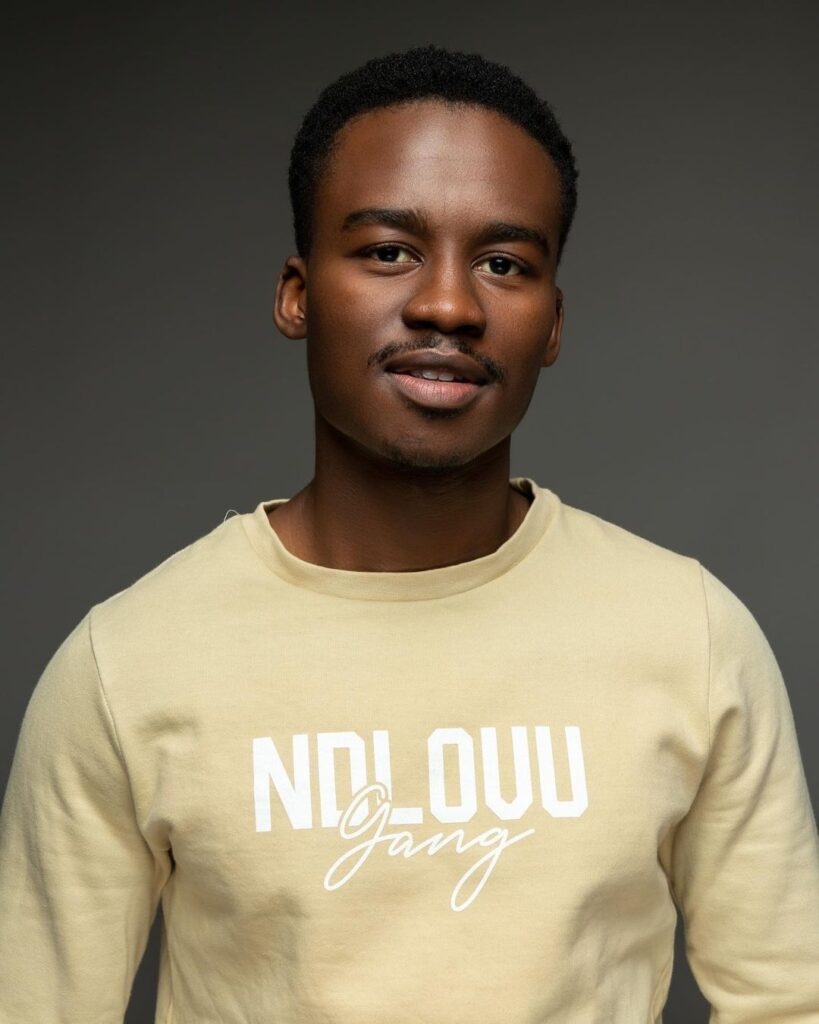 Every Scandal fan who got the opportunity to watch Hungani performing would testify that he was talented and wouldn’t want him to leave. But the star left the show when everyone else was hoping to see more of him. In 2020 rumors about Hungani wanting to quit Scandal spread across the Internet and social media. The saddening part is that, it was true, Hungani was leaving Scandal. His reasons were not published but some sources claimed it was because of his salary which was too small while others say he was fired.

The producers of etv denied claims that they had fired Hungani Ndlovu not was there any disagreement concerning his salary. According to I.O.L etv spokesperson said, The character of Romeo is adored by viewers and the “Scandal!“ team alike, and we would love to create stories with him for as long as possible. The talented actor, mentor, and NPO activist has contributed immensely to “’Scandal!’ over the years, and e.tv wishes him all the best in his future endeavours,“ the statement said. 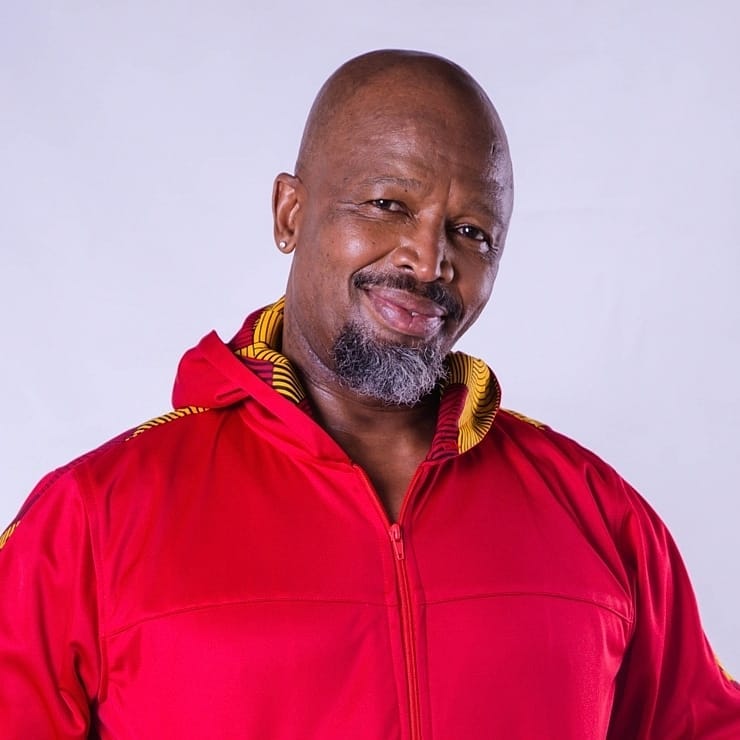 Sello Maake played the role of Daniel Nyathi in Scandal, a villainous character who South Africans loved to hate. He was the father to Mangi Nyathi played by Kagiso Modupe. The was a father to son rivalry between Mangi and his father Daniel Nyathi because his father was a manipulative criminal and Mangi hated that. The truth is, Sello was a great actor on Scandal and fans wouldn’t have allowed him to leave if they had a choice.

On 26 September 2016, it was announced that Sello was leaving Scandal. No reason were given but maybe it was time for him to go as we know actors come and go. 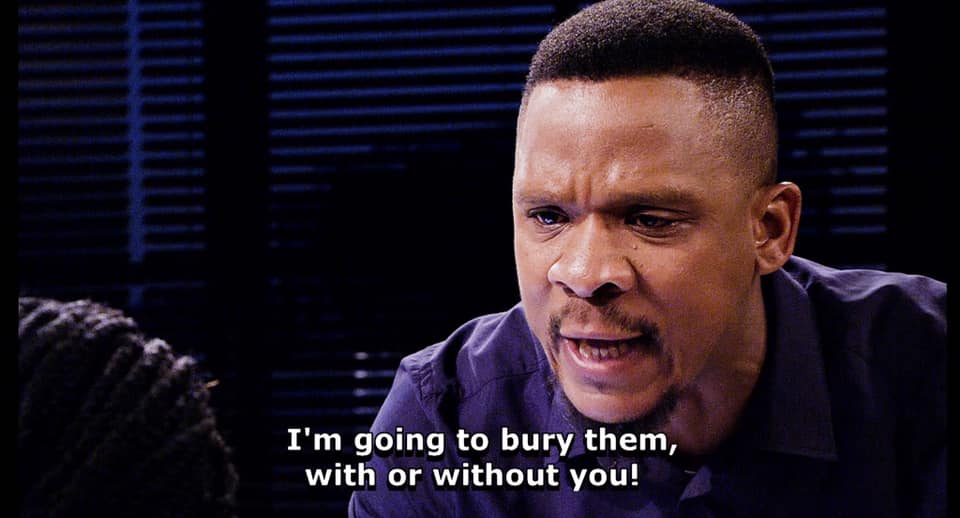 Mthunzi was that one character really hated but deep down we knew Bongile was a great actor to bring that character to life. The character was manipulative, crooked and cruel. When Bongile joined Scandal! many viewers complained about his character and questioned why he never gets caught for his vicious crimes. Of which Mthunzi was Bongile’s first villainous character in television series but he played it like a pro.

Acting in scandal opened more doors for him as he concurrently starred in the film in Knuckle City. After series of episodes acting as the face of evil in Scandal Mthunzi finally left the show for other television shows. His reasons for leaving the show were never published. What is he doing now, well the star has starred in other drama serials and films including Can You See Me: S..x trafficking, You’re My Favorite Place and in Blood Psalms as Hlengu. 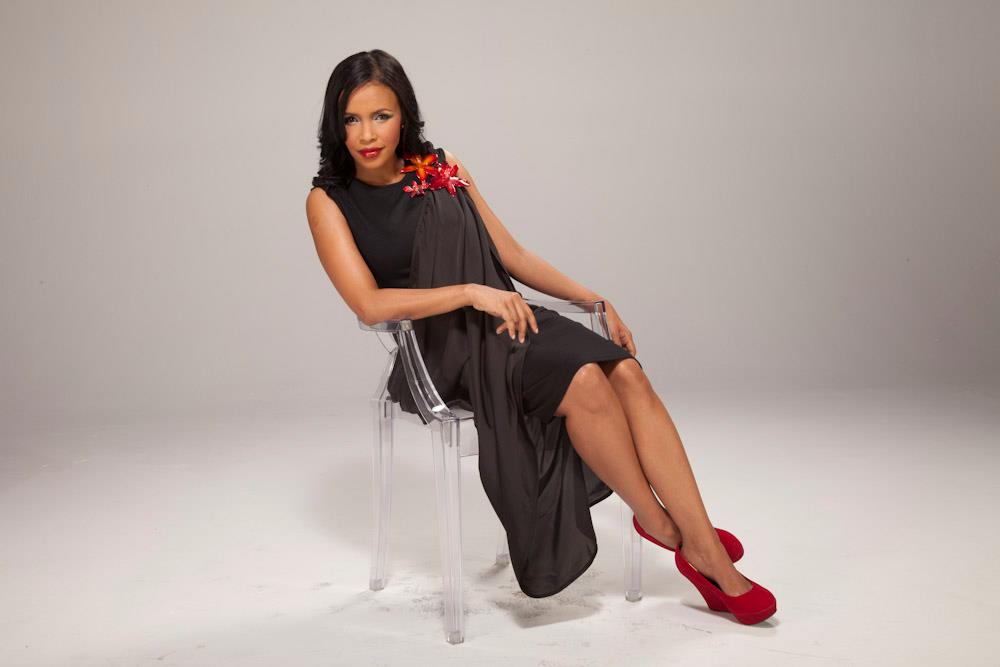 D Matthews as Shakira is on of the Scandal actors we missed.

Dawn landed a role on one of South Africa’s most watched television drama series Scandal in 2007. Her role was to play Shakira Willems, the Entertainment Editor for the fortnightly celeb mag, in the e.tv soapie Scandal! She was just a normal character at start until her true colors started to appear in the long run. Shakira became a devious woman who played alongside Daniel Nyathi and Mangi Nyathi.

In 2015 she announced that she was leaving Scandal for USA. She wasn’t going to US to visit but start a new life as a citizen of United States of America since she was married to an American actor Charlie Sarpadin. One thing that is certain is that the actress will leave an indelible mark on SA tv history as one of the most prolific actors of our time. With Shakira, Matthews managed to create an uneasy love affair between viewers and her character. We loved to hate Shakira. 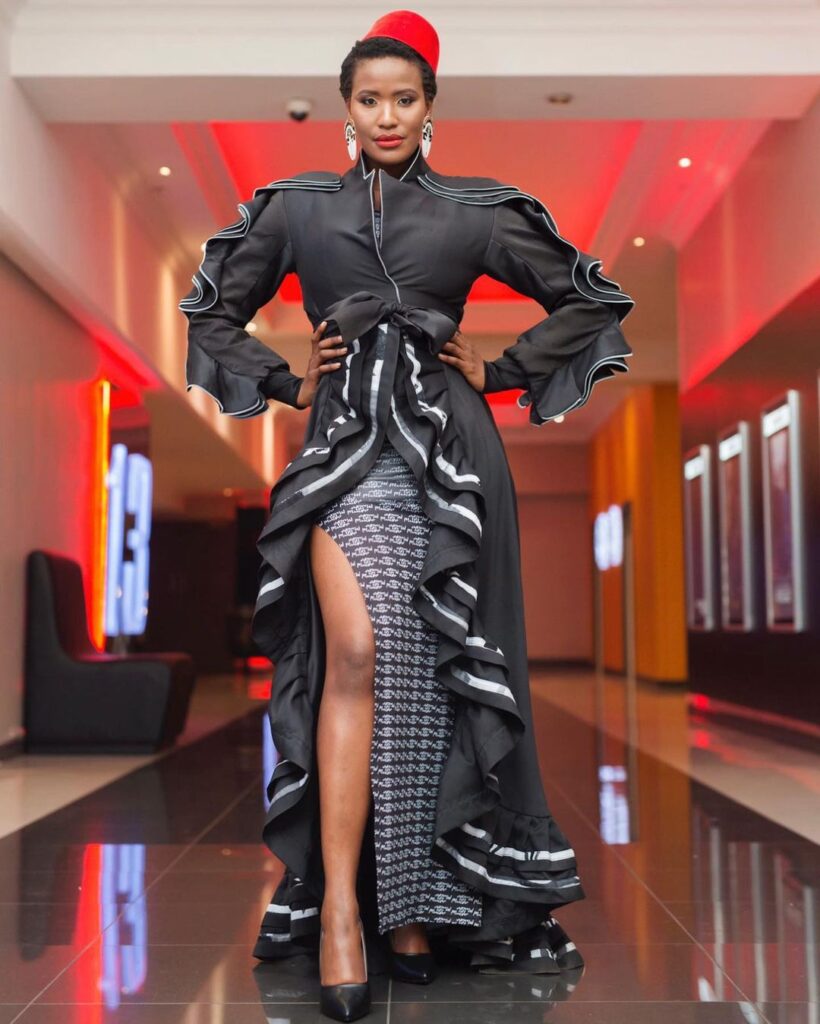 Masasa Mbangeni who played Thembeka Shezi is one of those Scandal characters we will miss. Again Thembeka was that character that South African loved to hate. She was good at her craft. In 2020 she left the show for reasons not specified to viewers. The role which was played by the award-winning Masasa Mbangeni in e.tv soapie, Scandal! came to an end on 10 June 2020. In the soapie, Shezi was shot and killed by her rival Mthunzi Mayisa, played by Inxeba (The Wound) star Bongile Mantsai. This is Mbangeni’s second exit from the show after she left the soapie in 2016.

Taking to Twitter on Wednesday Mbangeni bid farewell to her fans, jokingly telling viewers that she won’t be coming back to the show, not even as a “ghost”. She said: “Friend she’s really gone. Dead dead! Won’t be coming back as a ghost (they didn’t teach me how to act a ghost at Wits) let’s leave her be now. “Let’s allow me an opportunity to play other amazing wonderful things or be a mom or be something other than her. It’s ok,” Mbangeni added. 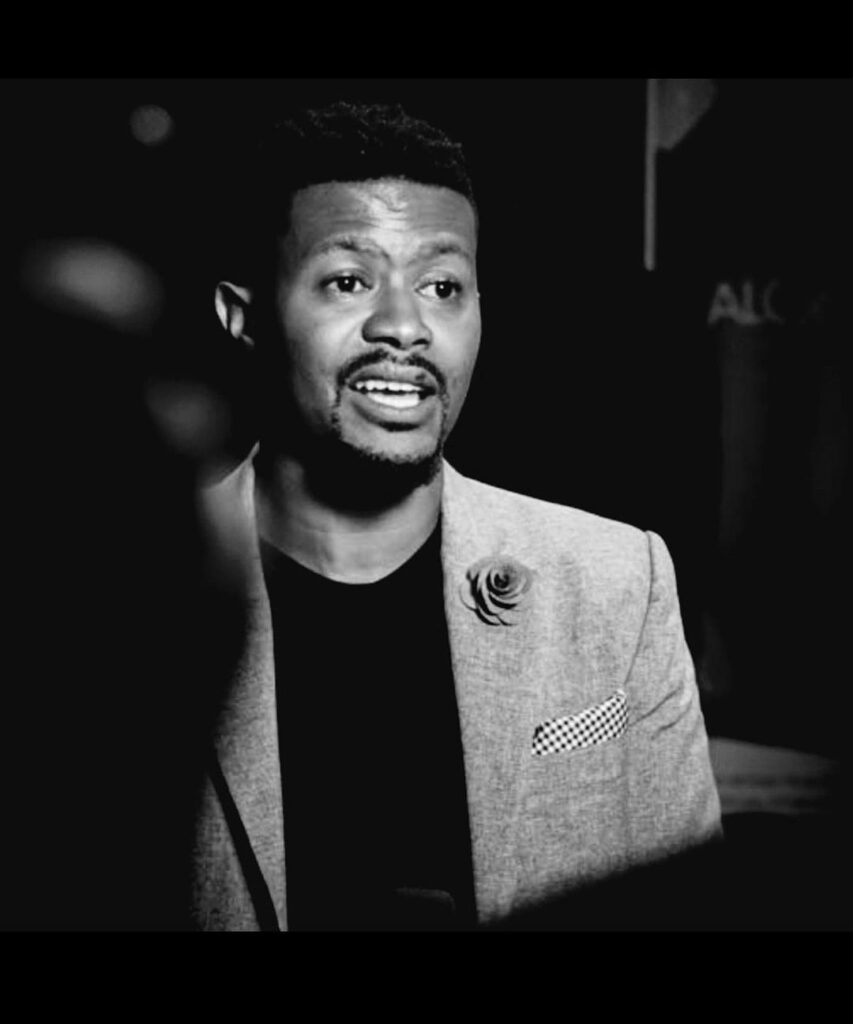 Mangi was that character who the viewers loved just like Romeo Medupe. On the drama Mangaliso Nyathi was the son to Daniel Nyathi and they had parent-son rivalry as a result of the malicious behavior of his father. So, if the character portrayed by Kagiso was loved by viewers, why did he leave, well its quite obvious he was looking for growth away from Scandal.

Modupe left e.tv drama to pursue his other dreams and said although it was a hard decision to make‚ it was time. “I could never have dreamt as a young man when I walked into the Scandal studios 13 years ago that I would grow up on the show. When I look back‚ I stand in awe of all the memories. 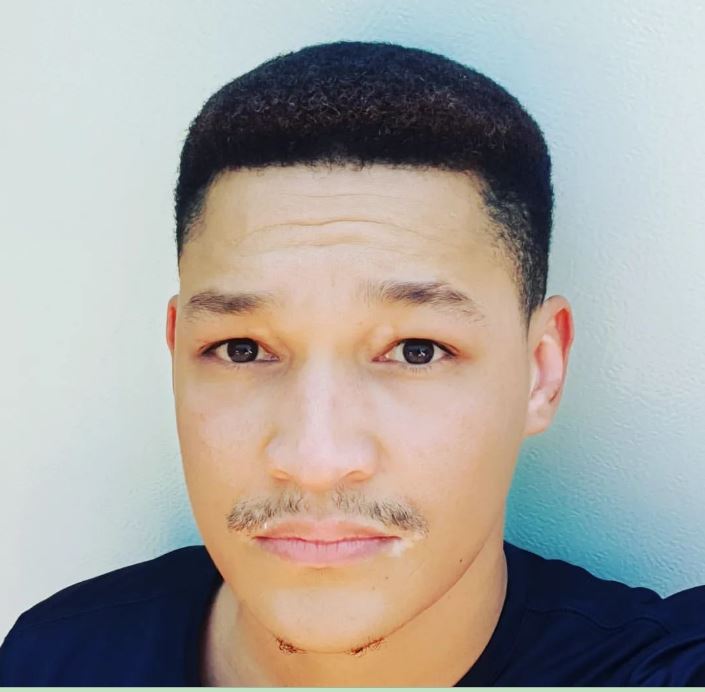 Brighton Ngoma is on the list of actors who were so loved by Scandal viewers but eventually left the show in 2021. He played the role of Quinton Nyathi, the son to Stanley Nyathi and Layla McKenzie. NFH was left in charge of him and had Dintle Nyathi, his baby mom working beside him. He was also engaged to Dintle whom he had a daughter with, the daughter is Kanyi Jewell Nyathi. After playing the role for 10 years Brighton left Scandal in 2021 after the introduction of the Kubekas in the drama.

The actor told TshisaLIVE he felt that it was time to let Quinton go after having been part of the production for 12 years and playing Quinton for 10 years. Brighton breathed life into the character of a good looking, charming ladies’ man, which has developed a lot over time.  “Having played the character for so long, it was only a matter of time before the journey came to its natural end. I see it as growth. 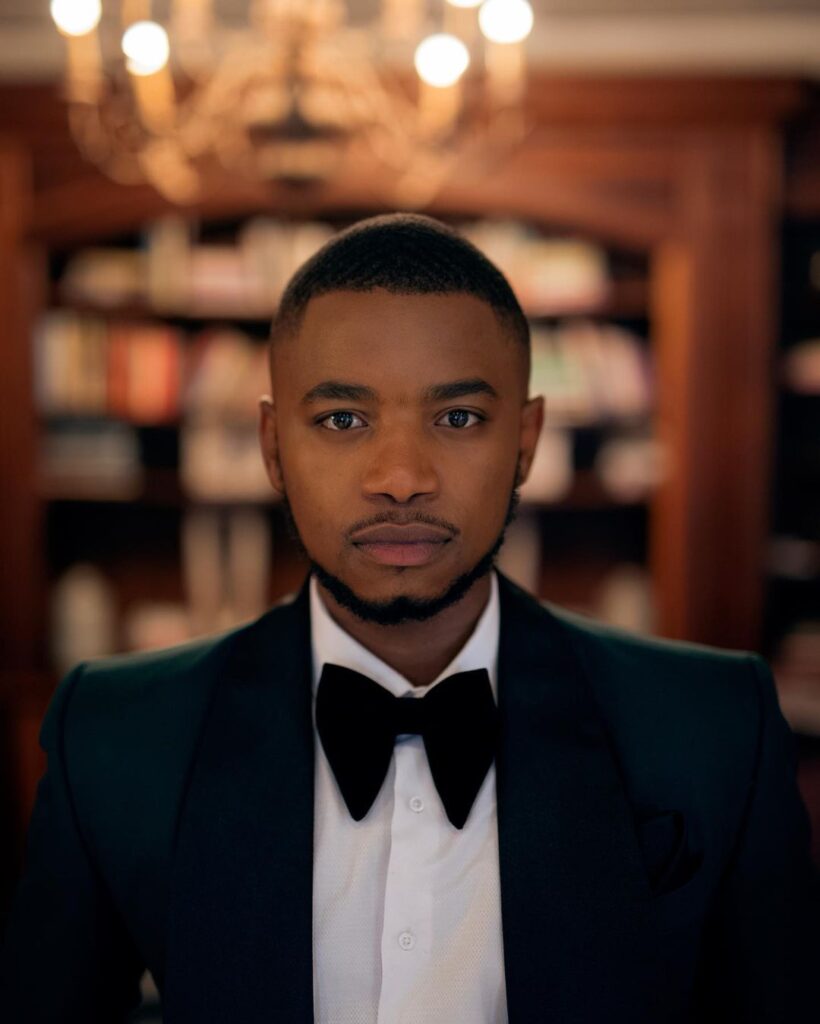 IMAGE: Sandile Mahlangu is a Scandal Actors we missed.

Sandile Mahlangu is the last but not the list on the actors we have missed on Scandal. He portrayed a manipulative young man Simo who was Mamba’s accountant but ended up as his garden boy because he was having an affair with his wife. Simo ended up flirting with Mamba’s daughter Aya who had a crush on him in a bid to get back in her Father’s good books.

Sandile’s role was going well until there was bloodshed between Mamba, Boniswa and Gobacherf, Mr Mamba’s right hand man. Even though Sandile didn’t want to leave the show he was more like a supporting actor to Simo Magwaza playing Mamba and Sindi Mahlangu playing violetta Mamba. So when they died he didn’t have a choice but to exit the drama.