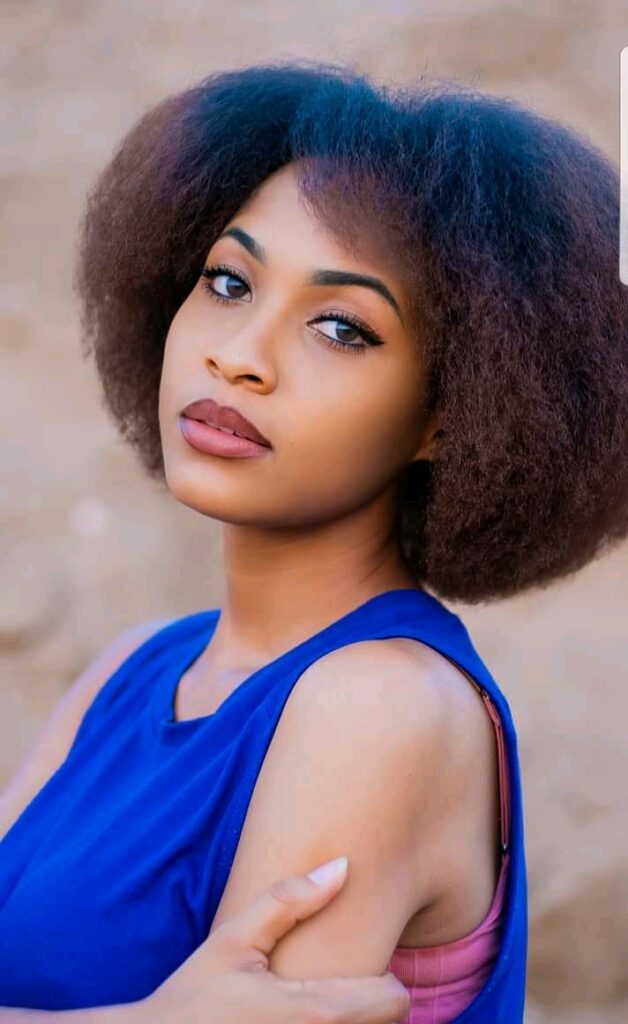 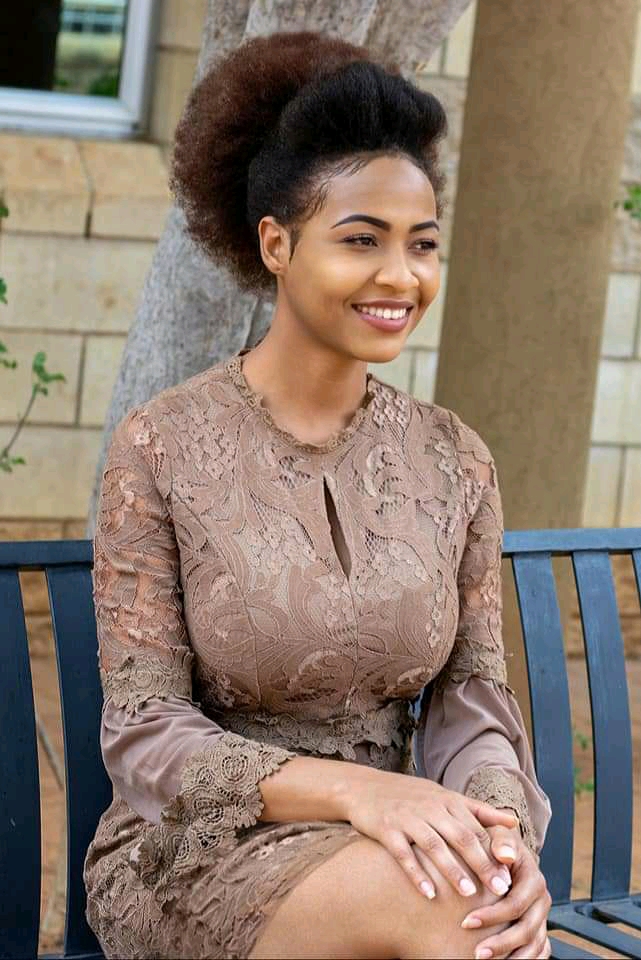 Itseng Motsamai in real life, she was born in Botswana.

Angela Atlang is a 26 years old Botswana born actress who was born on 4 November 1995. She was born and raised in Maun Township, North-West district in Botswana. Her mother is Ms Jeanie Atlang. Growing up, Angela did every duty and chores that a village girl would do. This includes herding goats, cooking with firedwood, using paraffin and candle lights and bathing in man-made zinc tub.

She was raised by relatives since her parents were working in Durban South Africa. So, she had all the freedom she wanted to explore most of her interest. She developed interest for acting when she was 10 years old while in primary.

By the age of 13, Angela joined a drama club at Junior School and its director saw talent in her and gave her lead roles. This led her to win or obtained best actress certificates after competing with other schools in her region.

Angela attended Junior School where she obtained Best Actress Certificate. After finishing Matric, Angela enrolled at the University of Botswana. At UOB  she enrolled for AAT (accounting) because she had been told that there is no future for acting in Botswana.

But she dropped out in the middle of the semester. Then the following year she enrolled to study Theatre and Arts at the very same university and obtained a Bachelor’s degree in Theatre Arts by the year 2018. 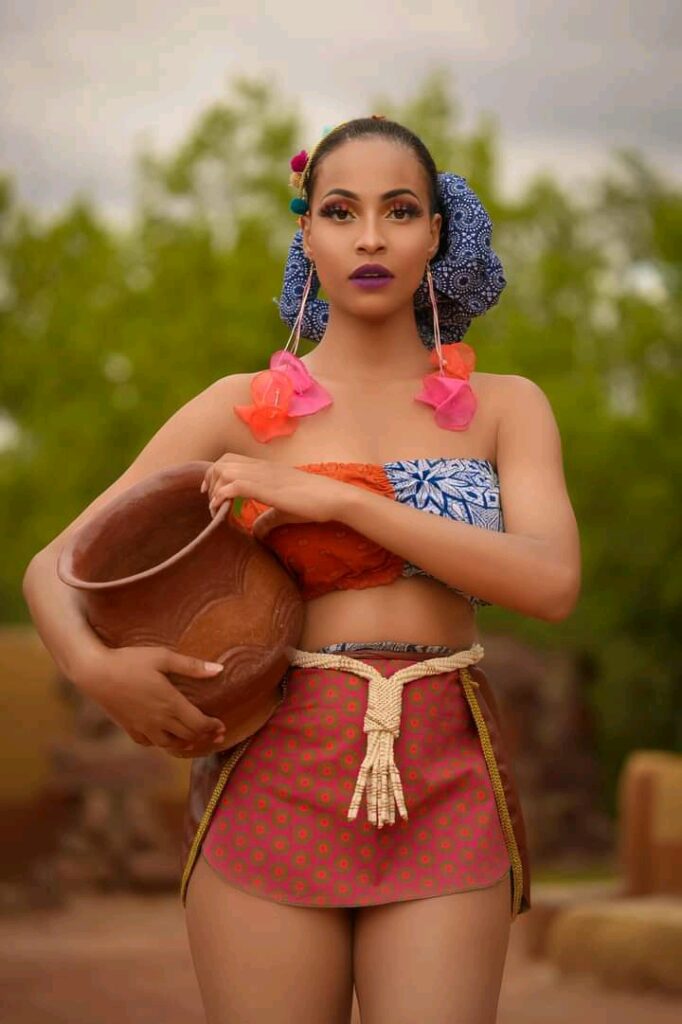 Angela’s acting career began while she was still studying for her Theatre arts degree at the University of Botswana, she attended auditions and was casted for other productions in Botswana before coming to Muvhango. This include Maraledi (Makgabaneng) and as a production assistant under wardrobe unfortunately the drama was never aired.

In 2014 she was part of 48 Hour Film project with Hisgalus Films group which went on to win second position and walked away with the Best Supporting Actress Award. In 2017 she played a leading role in KG’OESAKENI: The Dancer Musical theatre production by Lepatata Arts Ensemble in 2017.

After graduating and obtaining her degree in 2018, Angela saw a post for Muvhango auditions and she attended and she got herself a role of Itseng Motsamai who is James Motsamai’s (by Dingaan Khumalo) estranged sister, the character Itseng to debuted in 2021. In 2019 she also took part in other stage performances outside varsity such as “Broke, Broken and Alone” theatre production produced and directed by Kabo Timela.

As a Model, Mrs Atlang appeared on several commercials and music video performances working alongside Botswana artists. She has also worked with companies such as Ebony hair and many others as a model. The star is also into music, she once released a song called Blesser in 2016 but she pulled back since she wants music which inclined to her Christian faith.¹ 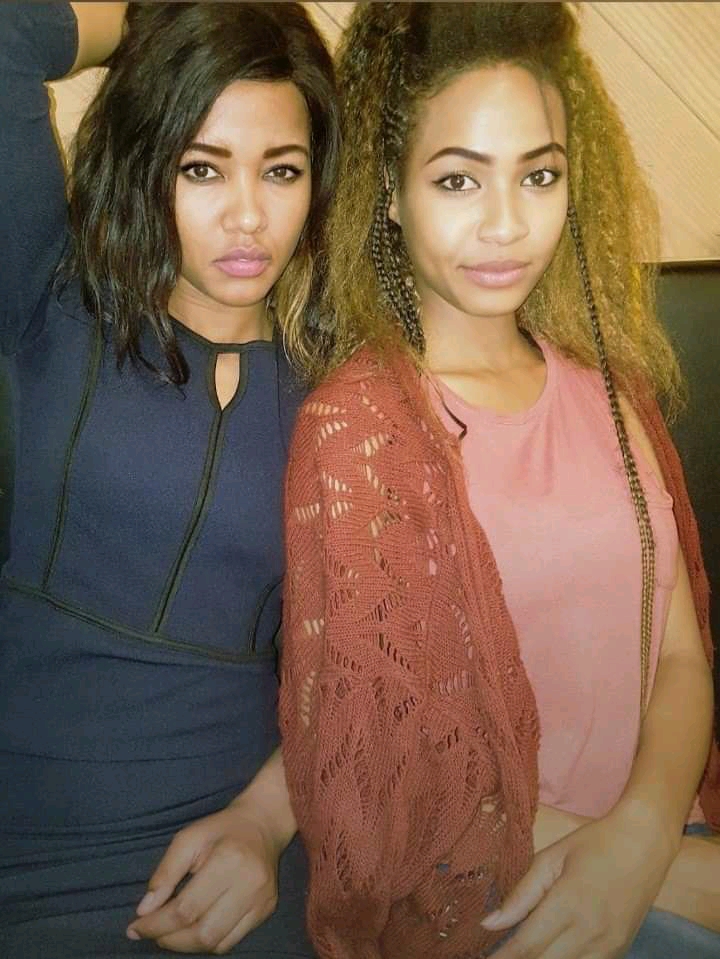 Angela Atlang who plays Itseng on Muvhango with Sharon Seno, Marang from Muvhango.

Angela though raised by relatives, because her parents were distance away, she never developed a tendency of misbehaving because she is a Christian and she is deeply rooted in Christ (God). Thus she dont drink alcohol (as matter of choice) nor smoke cigarettes. It’s not known as yet either she is married or engaged to any one.

She believes that if something is destined to be yours it will be no matter what tries to stop you, it will happen as God attest. And she advises young people not to give up on their dreams and attend relevant classes and courses for their careers.